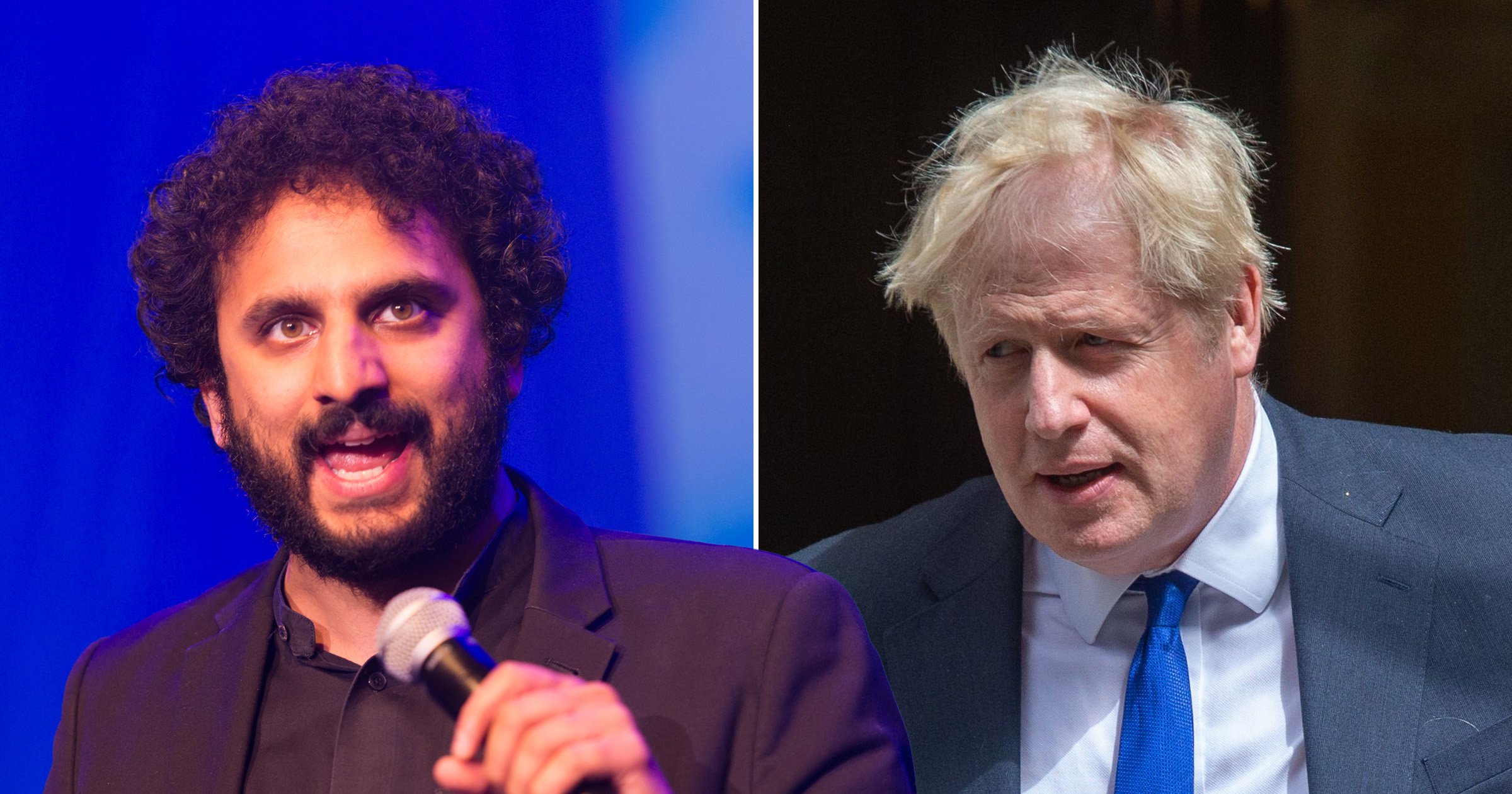 Nish Kumar has faced backlash after tweeting about two of Boris Johnson’s most senior cabinet members resigning, leading for calls for the Prime Minister to follow suit.

The comedian took to Twitter after Chancellor of the Exchequer Rishi Sunak and Secretary of State for Health and Social Care Sajid Javid both stepped down, followed by a host of other ministers.

The flurry of resignations in his cabinet left Mr Johnson’s own future hanging in the balance, with many suggesting it was the end of his time as Prime Minister.

Following the resignations, Mr Johnson appointed Nadim Zahawi as Chancellor and Steve Barclay as Health Secretary, but is facing mounting pressure to resign as four more cabinet members handed in their resignation on Wednesday morning.

Stand-up comedian Nish, who is best known for The Mash Report and Late Night Mash, tweeted: ‘Balancing out the fact that I can’t stand Javid or Sunak with the fact that I love to see a rich white man brought down by asians.’

He faced backlash after posting his comments, with his followers writing: ‘Racism only works one way then, fair enough.’

If you are praising Javid or Sunak, clearly you have low standards for asians. May I therefore interest you in a ticket for my Edinburgh show https://t.co/5fayDmLeZL

Others added: ‘Why do you have to make it about race?’ and ‘How is this not racism? Why on earth bring peoples skin colour into it? Disgusting.’

Seems to be. Appalling tbh

But it was just a joke. I didnât laugh really, but Iâm not bothered either. Move on and all that. ðð»

Some hit back at the outcry after the tweet, commenting: ‘But it was just a joke. I didn’t laugh really, but I’m not bothered either. Move on and all that.’

Another added: ‘Some of the people on here need to balance out the difference between irony and racism. Your wit is lost on them.’

Undeterred by the reaction, Nish then tweeted: ‘If you are praising Javid or Sunak, clearly you have low standards for asians. May I therefore interest you in a ticket for my Edinburgh show.’