Nina Dobev is having fun reminding Drake of their humble beginnings on ‘Degrassi.’ She shared a photo showing a ‘Thank You’ card she found featuring Drizzy’s Jimmy Brooks character on the front.

Drake may be the one of music’s biggest names, as well as a ruler of a recording and clothing business empire today. But in the aughts he was teenage actor Aubrey Graham, star of Canada’s teen drama Degrassi. His co-star from those days, former The Vampire Diaries star Nina Dobrev, 32, is reminding Drizzy of his time on the show thanks to the most amazing greeting card she discovered.

Nina shared an Instagram photo on Mar. 9 holding up a card with Drake’s Degrassi character Jimmy Brooks on the front, following the season four shooting that left Jimmy paralyzed from the waist down and confined to a wheelchair. The front of the card showed a drawing of teenage Aubrey wearing a red sweater, grey pants and smiling from his wheelchair with the word “Degrassias” over his head.

The word was a play on the Spanish word for thank you, “gracias,” and Nina found it adorable. She held the card up — still safely wrapped in a plastic covering to keep it from getting dirty — for followers to see and wrote in the caption, “thank you, merci, (de)grassias” with a laughing emoji. 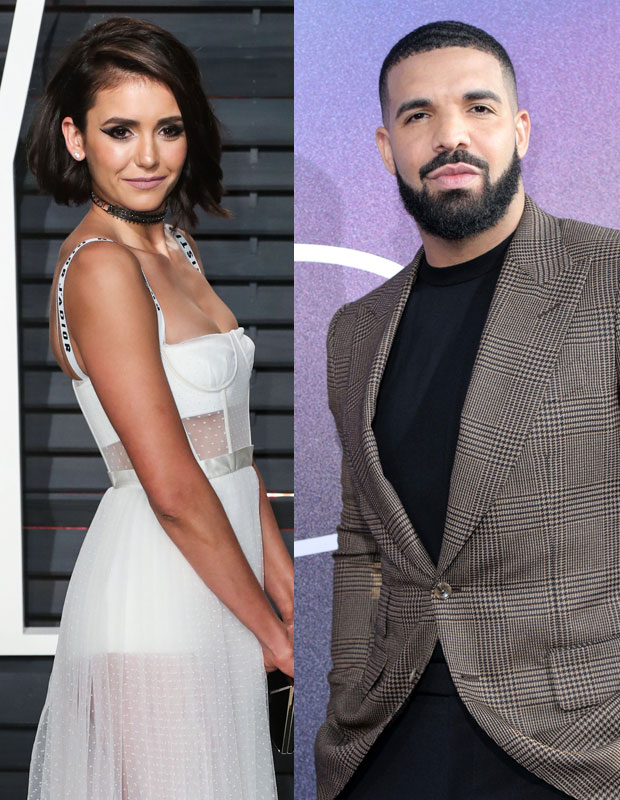 Nina had a black and white face mask on, so it was hard to see if she was smiling at her discovery.  But her brown eyes had a twinkle in them that seemed to indicate she was thrilled to find the amazing card. We hope she purchased it, as it is one of the best thank you cards we’ve seen in while.

Nina got her big acting break on Degrassi, playing Mia Jones on 56 episodes between 2006–2009. Drake, 34, also got his start in showbiz on the show, playing Jimmy from Degrassi‘s inception. He appeared on 145 episodes from 2001-2008. By 2009 he had gone from Aubrey the actor to Drake the musician. He released his debut studio album Thank Me Later in June 2010, which debuted atop the Billboard top 200 albums chart and made him a bona fide rap star.

Fans are eagerly awaiting his long delayed sixth studio album Certified Lover Boy to drop sometime in 2021. It was pushed back from summer 2020 to Jan. 2021, then had another indefinite postponement. Drake underwent knee surgery in Oct. 2020, and  has been working hard on rehabbing his body to get back to full fitness so that when the album finally drops, he can deliver the performances that will come with it.