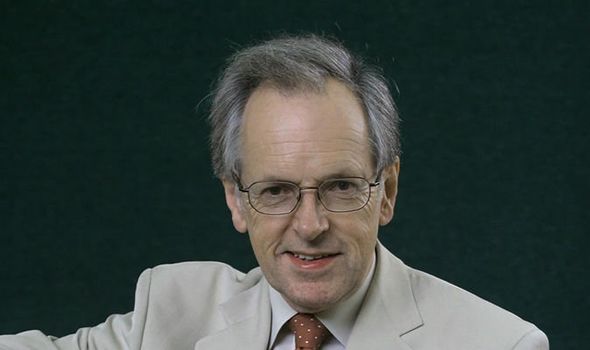 The 77-year-old, who hosted the show for 46 years, wrote in his Quote… Unquote newsletter: “It had reached crunch point. I don’t want to sound like an ‘anti-woke’ backbench Tory MP [which I am far from being], but… ‘cultural issues’ were among the several factors that contributed to my pulling the plug.”

Rees said it is a relief to be free from “weird” arguments, like fighting to get Charlotte Green, 65, the regular reader of the quotations to deliver a line in a Yorkshire accent.

He said: “Who was going to object to that? I can only assume that anticipating complaints from Yorkshire people that they were being patronised or stereotyped had led to this.”

He added: “Arguments for some of these points and positions may be justifiable, but I am not willing to go on having my choices interfered with in order to tick boxes in the name of diversity and representation.

“Anyway, what’s wrong with being critical or even a little bit challenging?”

Tensions emerged in 2020 when Rees increasingly felt that his choices for the programme were being questioned out of fear of causing offence.

In 2014, the BBC promised to end all-male panel shows on TV.

Rees said panellists were being chosen simply to “tick boxes” which he found to be “patronising to the people who don’t want to be on because they feel they are ticking a box”.

In his newsletter Rees said he “shrinks” from “blaming the ‘woke pandemic'”, preferring to call it “‘nannyism’, being afraid to criticise or potentially offend anyone, even just a little bit”.

Rees gave a warm farewell on the final episode of Quote… Unquote last month, thanking Radio 4 for sticking with him through 57 series and 500 shows.