Morrissey issued a harsh rebuke of “The Simpsons” after the animated sitcom unflatteringly parodied him during its latest episode.

Sunday’s episode, titled “Panic On The Streets Of Springfield,” sees 8-year-old Lisa Simpson become enamored by a British singer from the 1980s, voiced by guest star Benedict Cumberbatch with lyrics by “Flight of the Conchords” star Bret McKenzie. After she gets sucked into his moody, sardonic lyrics, she adopts the singer as her imaginary friend.

Although the fictional star is known as Quilloughby and despite writer Tim Long telling Stereogum that the character is inspired by many 80s rockers such as Robert Smith from the Cure and Ian Curtis from Joy Division, viewers surmised the Smiths frontman Morrisey was heavily used to craft the character.

As the episode goes on, Lisa gets tickets to see the modern-day Quilloughby play, learning that the years have turned his edgy, pessimistic outlook on life into a xenophobic, meat-eating jerk who is willing to perform a reunion concert as a “cash grab” after suing people who said mean things about him over the years. 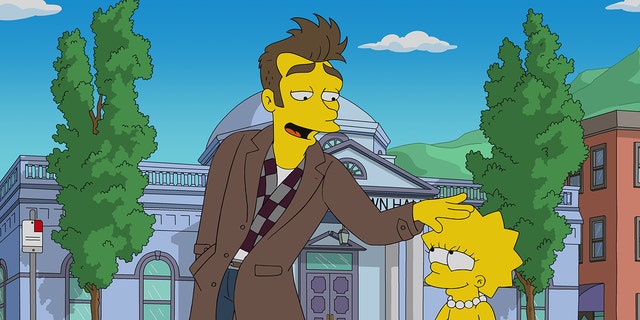 Morrisey’s Facebook page, which Yahoo Entertainment notes is run by his management company, Deckstar, initially seemed excited for the parody episode, sharing a promotion for it on the page. However, after it aired, they clearly took notice of the negative portrayal and responded with a lengthy and harsh rebuke of the show.

“Surprising what a ‘turn for the worst’ the writing for The Simpson’s tv show has taken in recent years,” the post began. “Sadly, The Simpson’s show started out creating great insight into the modern cultural experience, but has since degenerated to trying to capitalize on cheap controversy and expounding on vicious rumors. Poking fun at subjects is one thing.  Other shows like SNL still do a great job at finding ways to inspire great satire.”

The post went on to describe specific instances in the episode that the singer took issue with.

“But when a show stoops so low to use harshly hateful tactics like showing the Morrissey character with his belly hanging out of his shirt (when he has never looked like that at any point in his career) makes you wonder who the real hurtful, racist group is here,” the statement continued. “Even worse  – calling the Morrissey character out for being a racist, without pointing out any specific instances, offers nothing. It only serves to insult the artist. They should take that mirror and hold it up to themselves.”

The statement went on to discuss the recent apology that Hank Azaria made for voicing the character of Apu Nahasapeemapetilon after years of backlash from the Indian-American community sparked by a 2017 documentary.

“Simpson’s actor Hank Azaria’s recent apology to the whole country of India for his role in upholding ‘structural racism’ says it all,” the statement continued. “Unlike the character in the Simpson’s ‘Panic’ episode.”

The lengthy statement that was posted on behalf of Morrissey concluded by once again denouncing the specific insults the show lobbed his way in the final act of the episode.

“Morrissey has never made a ‘cash grab’, hasn’t sued any people for their attacks, has never stopped performing great shows, and is still a serious vegan and strong supporter for animal rights. By suggesting all of the above in this episode…the Simpson’s hypocritical approach to their storyline says it all,” the post concludes. “Truly they are the only ones who have stopped creating, and have instead turned unapologetically hurtful and racist.” 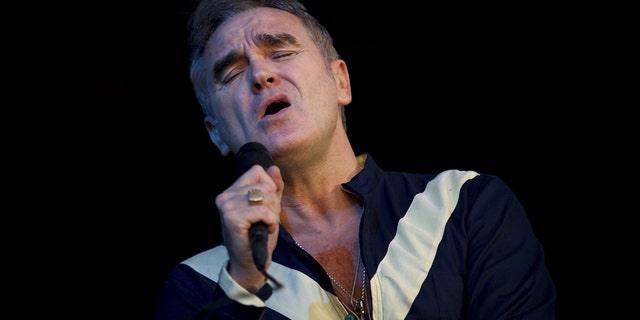 Morrissey jabbed ‘The Simpsons’ after being parodied on the show this week.
(Reuters)

Representatives for “The Simpsons” did not immediately respond to Fox News’ request for comment.

The episode concludes with Lisa’s imaginary friend using the modern-day Quilloughby to teach her a lesson about where a bad attitude on life can lead as she derides the old rocker as a “huge racist” for opening his show with comments about [there] being too many “foreigners.”

“Lisa, dear, don’t let him happen to you. Try not to sneer at everything,” the imaginary Quilloughby concludes. “And listen to others, at least a bit, perhaps one out of five times — but I can’t tell you which times.”