It looks like they also both got all dressed up in costume for the day. Both Brown and Bongiovi posted matching Instagram shots of them wearing coordinated outfits that seem to be Barbie inspired. They both have platinum blonde hair, and the wig totally changes Brown’s appearance from her trademark brunette locks. It looks like Bongiovi may have actually bleached his hair, showing true commitment to the persona. 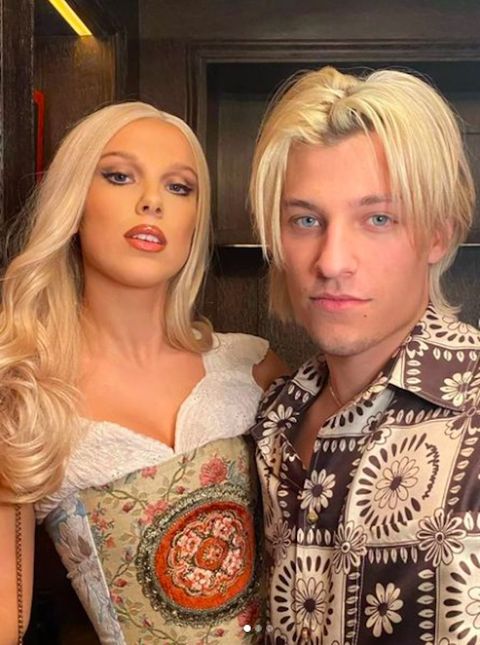 Their outfits had a vintage look, with Brown wearing an embroidered corset over a white gown, and Bongiovi had on a wide-collared brown and white floral button up.

Then on her own post, Brown wrote, “Hey ken!”

Her boyfriend answered, “Ur rly pretty.”

The couple began dating in early 2021 and it was noted that she’d started liking his Instagram posts in March of that year. By early June, she was appearing in some of those photos. Then in November, Brown shared a photo of them riding the London Eye ferris wheel as she kissed his cheek. Now the pair frequently post adorable shots together out on dates and enjoying themselves.

Brown is getting ready for the next season of Stranger Things, where she plays the iconic character of Eleven. As a child actress, Brown is very used to the spotlight. She told People in 2020 that it’s definitely had an influence on her character.

“I think I’m becoming stronger,” she said. “It’s difficult because I’m still growing. I haven’t evaluated that yet so I’ll get back to you.”