Mickey Rourke reveals bloody gash on his forehead: 'Looks like my skateboarding days are over' 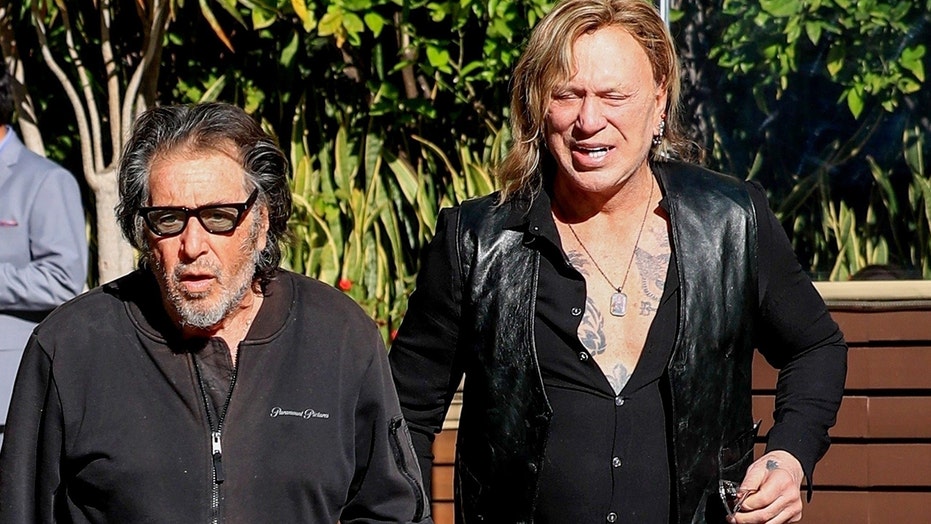 Mickey Rourke sustained a painful-looking injury on his forehead that left a bloody gash.

The Oscar-nominated actor took to Instagram on Tuesday and shared a close-up of the grisly wound.

“Looks like my skateboarding days are over,” captioned the 69-year-old.

It’s unclear whether the former boxer was joking or the laceration came from the gym or while riding his motorcycle. 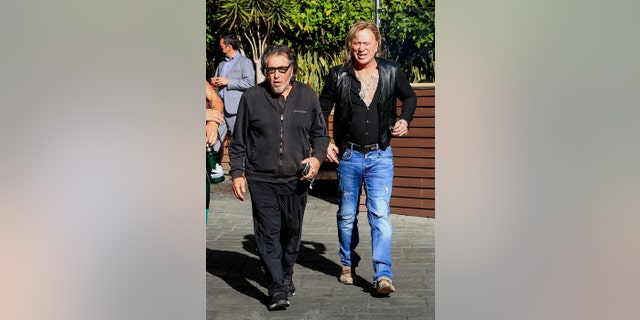 Before his injury, Mickey Rourke was all smiles having lunch with Al Pacino in Beverly Hills.
(Backgrid)

Many of Rourke’s followers took to the comments section and expressed their concerns.

“C’mon Mickey! You know the drill, when you fall down pick yourself up dust yourself off and try again!” another user commented. “But judging from the gash you got maybe you’re right! Get well soon brother!”

“You should see the other guy,” one joked. 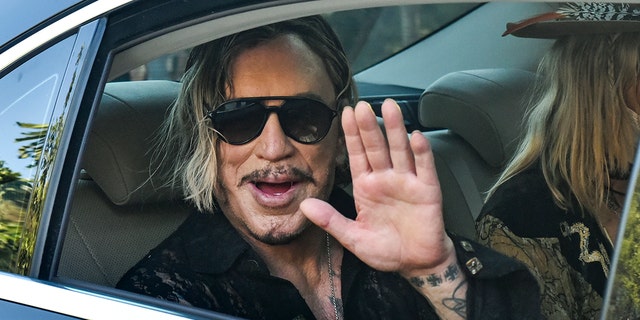 Mickey Rourke visits the Acropolis in Athens ahead of filming the drama "Man of God" on Sept. 10, 2020.
(Panayotis Tzamaros/NurPhoto via Getty Images)

“I see the pain in your eyes my brother I hope you find what it is your (sic) looking for in life and find some peace,” one wrote.

The mishap occurred over a week after Rourke was all smiles having lunch with Al Pacino and Evan Ross at the Four Seasons Hotel in Beverly Hills.

A photographer who spotted them mentioned that it was the 50th anniversary of “The Godfather,” which premiered on March 24, 1972. Pacino, who famously played Michael Corleone said, “Today?” and lit up. When asked if he knew, the 81-year-old replied, “I guess I knew. Oh, wow.” 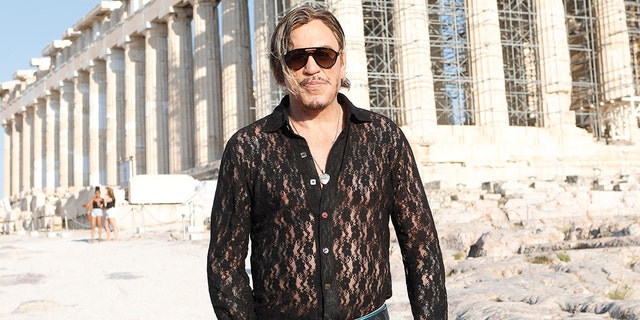 Recently, Rourke spoke to Fox News Digital about how he was compelled to appear in the faith-based film “Man of God.”

“You know, they’re making all these Marvel movies that just make me sick to my stomach,” Rourke explained. “It’s nice to find a filmmaker who wants to take on a chance and make a movie like this one. There’s no guarantee that you’re going to have an audience. But I think with everything going on in the world, people are going to be curious about what this story is about. And it has a lot of integrity.”

Rourke said reconnecting with his faith hits close to home.

“My life would’ve taken a different path if my grandmother wasn’t so religious,” he reflected. “A lot of brutal s— happened early on in my life. And when that happens, you live with shame. You either live in that shame and be a broken man or you get hard. I was very comfortable on the streets growing up. But there is a God. My priest told me, ‘God hears everything you say. He just doesn’t give it to you when you want it. You’ve got to keep persevering and keep communicating with him. You’ve got to talk to God before the house burns down.’”