Slow Horses composer Daniel Pemberton admits he still hasn’t entirely wrapped his head around the fact that he got to pen the song “Strange Game” alongside Mick Jagger, which the Rolling Stones frontman sang for the Apple TV+ series.

“The show is about these quite crap spies, and so I tried to create the sound world that was very wonky and disjointed for them,” Pemberton said during an onstage conversation at Deadline’s Sound & Screen event, after performing the song with Jagger who joined the festivities virtually.

That led to the idea to create an original song.

“I chatted with the director [James Hawes] and we wanted a British voice, and his favorite choice was Mick Jagger and I was ‘Yeah. Great idea…There’s no way we’ll ever get Mick Jagger. Let’s not even bother.’ ” But when music supervisor Catherine Grieves provided a connection to Jagger, the call went out.

“We kind of got ‘Mick might be interested,’” recalled Pemberton, who sent over an early-bones track. The response: ‘Mick’s really interested now. Can you do a Zoom with Mick?’ So I then end up super surreal on a Zoom call with Mick Jagger in front of this ginormous painting in his house, and we’re just chatting, for like half an hour! And by the end of it, the next day I get an email saying ‘Mick wants to do the song.’ ” 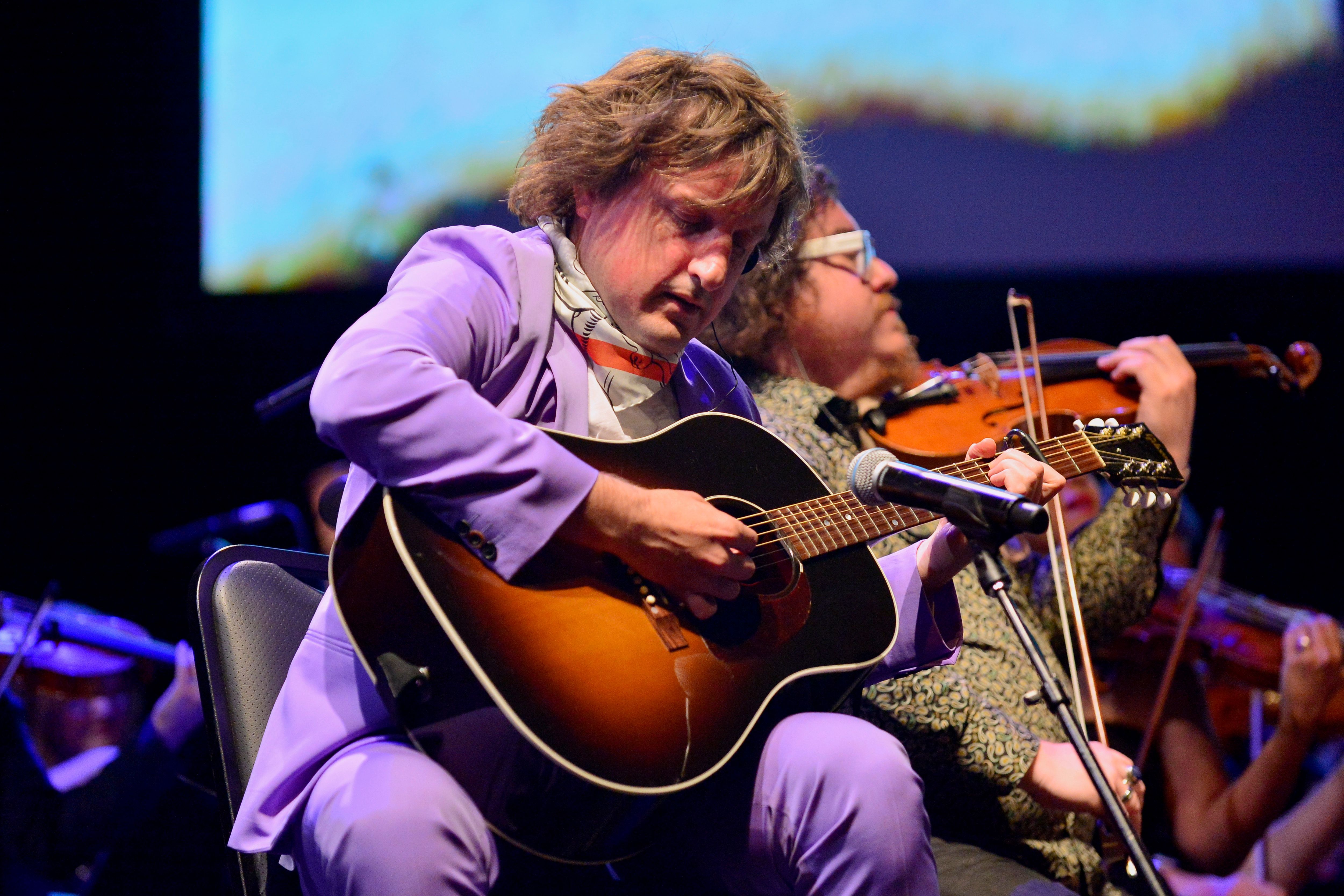 Pemberton still marvels at the creative collaboration with Jagger, who was already familiar with the Mick Herron novel from which the show was adapted. “He’s probably one of the best people I’ve ever worked with,” the composer said, recalling how Jagger penned the opening verse and then the pair started improvising lyrics and music, and Pemberton’s ears perked up at Jagger’s riffing the words “Strange Game.”

“He just sang this line, and I was like ‘That’s the title!’” said Pemberton. “You get these moments where you’re like ‘Oh, my God, that’s it.’ So I grabbed that and repeated it a few times, and I was like ‘This is great – we got it!’ And he’s like ‘No, no, it’s not good enough. Let me re-sing it. Let’s rewrite it.’ And we just kept going backwards and forwards.’

“It’s one of those things I still cannot really believe what happened: co-writing a song with Mick Jagger? chuckled Pemberton. “He sounds amazing, and he sounds like Mick Jagger. And he’ll phone – I have half-hour phone conversations with him and I’ll be like, ‘This is really weird, chatting to Mick Jagger.’ And he sounds kind of like what you’d imagine that Mick Jagger impersonator sounded like – but it’s Mick Jagger.”

Check back Monday for the panel video.