Matthew Perry & Courteney Cox Are COUSINS?! But All Those Monica/Chandler Kissing Scenes…

According to a new report from MyHeritage.com on Wednesday, the actors — who famously brought to life the couple Monica Geller and Chandler Bing on Friends — are actually real-life cousins! Yes, cousins!!

That certainly puts all their kissing scenes into new light…

Well, they shouldn’t freak out too much because it’s a pretty dated connection. According to the genealogy site, the performers both share relatives William Osbern Haskell III and Ellen Haskell, who were a married couple in England 500 years ago!

In 1635, Ellen reportedly moved to America with her kids, Rodger and William. The first of which is said to be a direct ancestor of Courteney (via her mom, Courteney Copeland), while the latter is related to Matthew (from his dad, John Bennett Perry).

Obviously, we don’t think the celebs had a clue. ow could they, those ancestors go way back!! And it’s probably better that way. We mean, could they seriously have played the friends-turned-lovers story so well knowing all this at the time?! Don’t think so… Though we can only imagine the friend-turned-lovers-turned-actual-cousins story line possibilities! LOLz!

While the show wrapped in 2004, The Odd Couple alum and Cougar Town lead have remained close, often getting together for dinners, such as in 2019 when the Scream star posted a pic of the duo (below). On Instagram, the 56-year-old captioned the moment:

“Guess who I had lunch with today… I KNOW!! Could I BE any happier? #realfriends.”

She followed up with similar remarks in mid-May while sharing the trailer of the just-released HBO Max special, saying:

“This kind of thing doesn’t happen every year, or even every 10, or 15 years. I feel so blessed to have had a chance to reunite with my Friends… and it was better than ever.”

Around the same time, the 51-year-old noted on his own social media feed:

“We’re back! I’m not crying, you’re crying. There are more surprises where this came from.”

Bet he didn’t see this surprise coming!! Looks like sometimes your friends really are your family!

Thoughts, Perezcious readers?! How do you think Cox and Perry are reacting to this shocking reveal? Could this BE any crazier?? Sound OFF in the comments (below)! 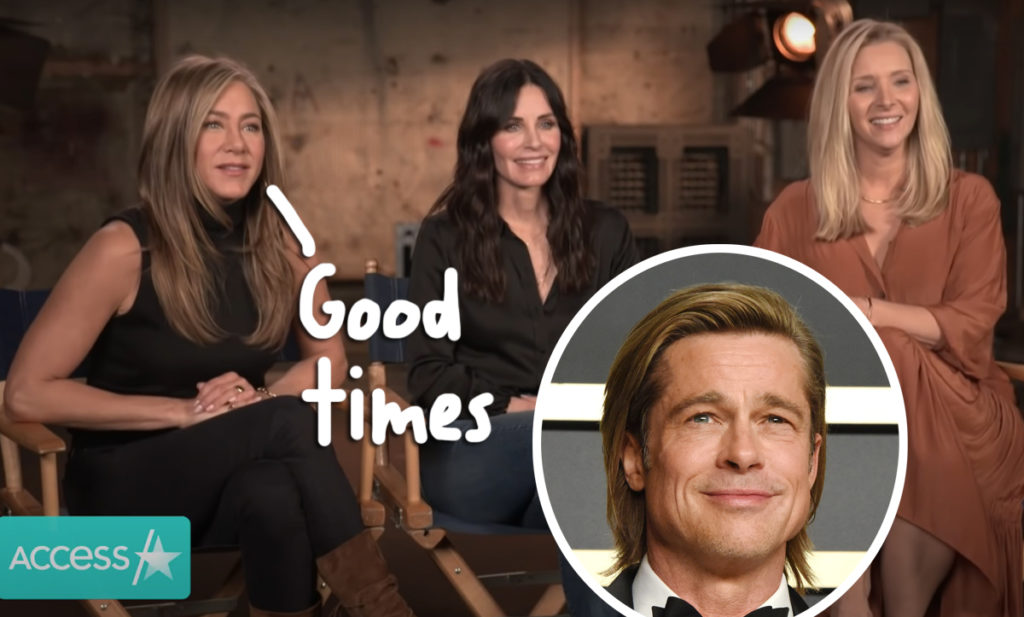 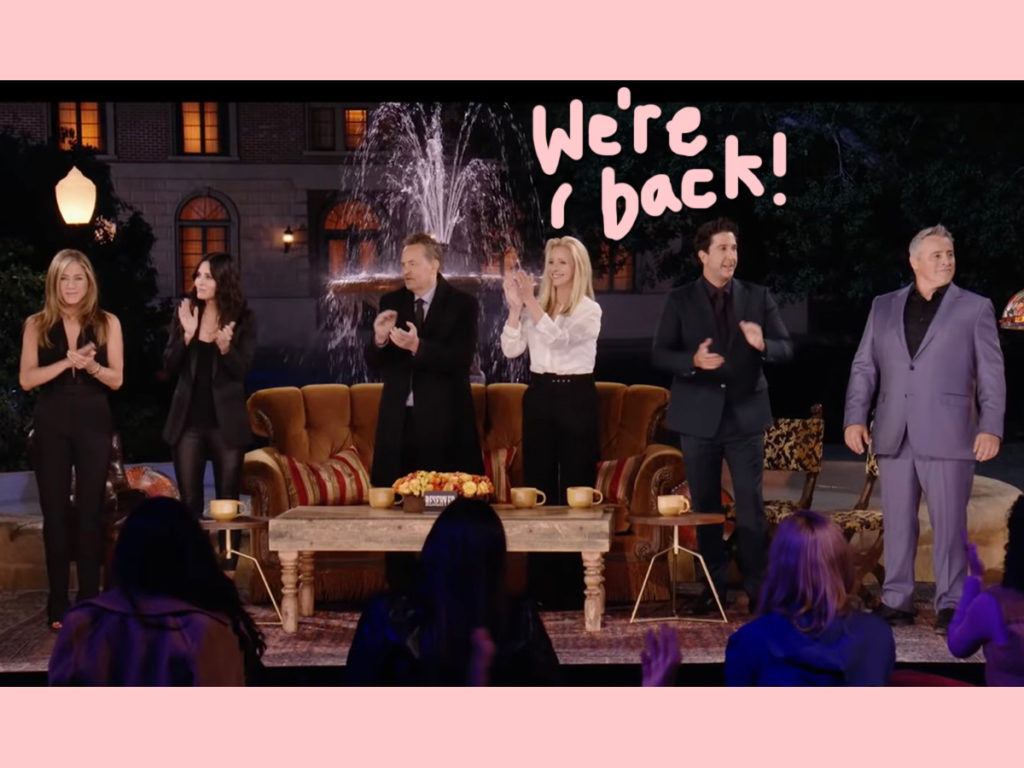 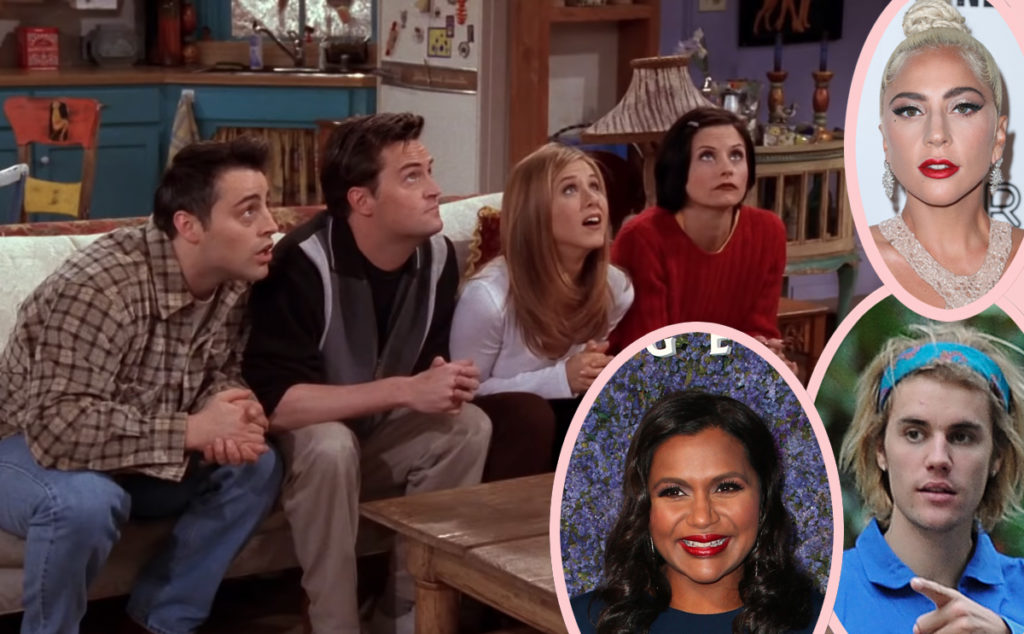 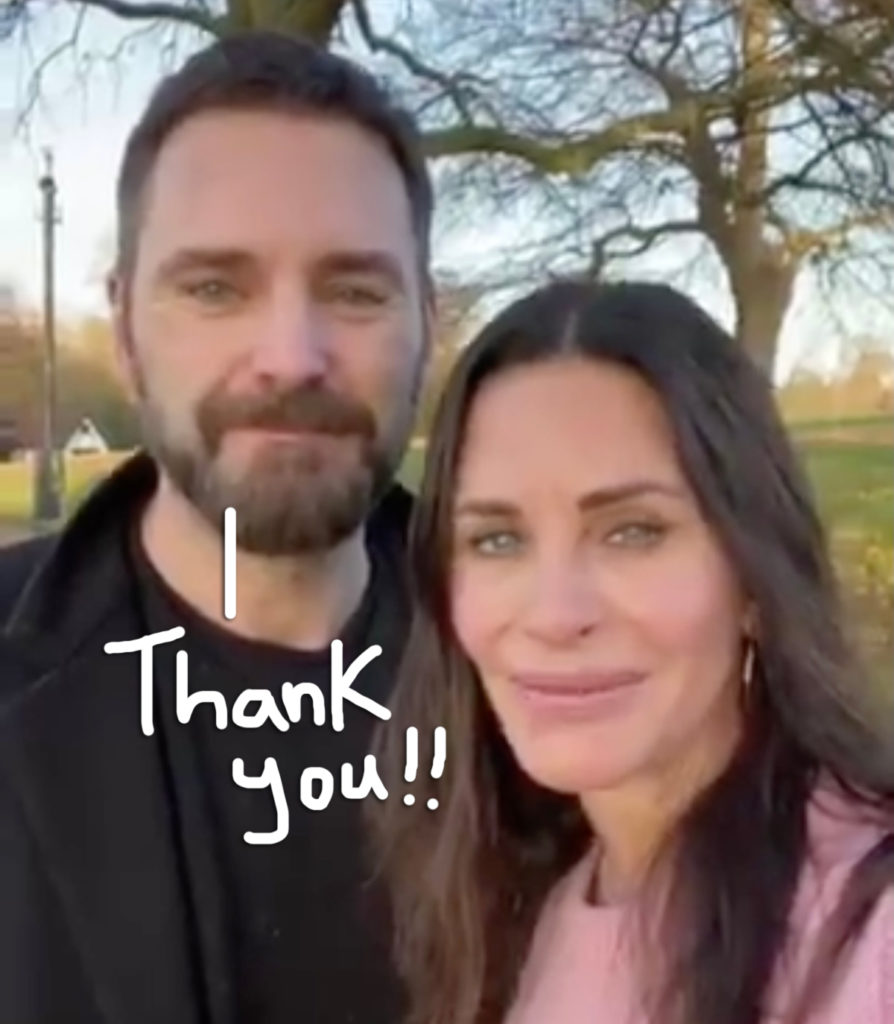