Mark Lanegan: A Look Back at His Life and Career

Mark Lanegan has died. The Screaming Trees frontman was 57 years old. Here’s a look back at Lanegan’s life and career.

As of this writing, a cause of death has not been released for Lanegan. An announcement about his death was posted on his official Twitter account, alerting fans about his passing.

“Our beloved friend Mark Lanegan passed away this morning at his home in Killarney, Ireland,” said the statement. “A beloved singer, songwriter, author and musician he was 57 and is survived by his wife Shelley.  No other information is available at this time. We ask please respect the family privacy.” 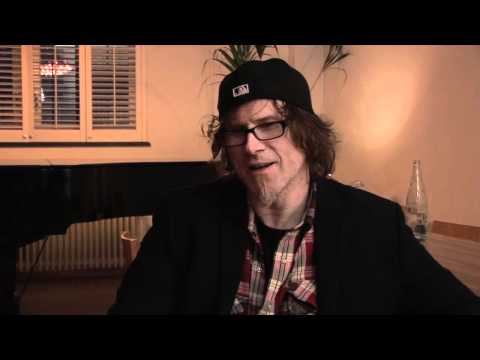 Lanegan, who was known for his contributions to Seattle grunge music, formed Screaming Trees in the 1980s. The band grew in popularity after the release of their 1992 album “Sweet Oblivion.” The group broke up in 2000. During his time in the band, Lanegan worked on solo music.

Although Lanegan’s career thrived during the grunge era, he once said he felt the need to distance himself from the music that made him famous. He desired to pour his passion into solo music, looking for an opportunity to create a path that was all his own.

“You guys, Rolling Stone, have called me on the anniversary of this or that and asked for a quote, and I almost always pass,” said Lanegan during an interview (via Rolling Stone). “To continue on in music, I had to distance myself from the whole Seattle thing. I had to keep it at arm’s length to avoid being known as this ex-grunge, drug-addict singer who never made it.”

Lanegan released his first studio album, The Winding Sheet, in 1990. He went on to release a total of 10 studio albums. Lanegan also participated in collaborations, most notably with Queens of the Stone Age and The Gutter Twins.

Lanegan wrote two books titled Sing Backwards and Weep and Devil in a Coma. The first book gave an overview of his life and touched on his friendship with the late Kurt Cobain of Nirvana. Lanegan credits Cobain’s widow, Courtney Love, with encouraging him to go to rehab and get sober. The second book details Lanegan’s battle with COVID-19. He spoke about his time in the intensive care unit and how that near-death experience made him want to live even more.