Fans are wondering where Kelly Ripa has been on ‘LIVE’, as Maria Menounos has been sitting in for her with no explanation.

LIVE With Kelly & Ryan fans were quite surprised when Maria Menounos was sitting in Kelly Ripa’s seat during the show’s March 22 episode. There was even further confusion when Maria returned on March 23, with no explanation as to why Kelly was missing. It’s remains unclear whether Kelly will be back on March 24, or if her absence will extend for the week. HollywoodLife has reached out to reps for Kelly and LIVE for comment.

On March 23, Kelly did take to her Instagram Story in honor of National Puppy Day. She shared two videos of her dogs inside her Manhattan home, but did not appear in the footage herself. Kelly’s husband, Mark Consuelos, will celebrate his birthday on March 30, so one theory is that Kelly has taken some time off to spend time with family ahead of the occasion. Regardless of the reasoning, though, fans have been happy with Maria’s job as co-host.

A post shared by LIVE with Kelly and Ryan (@livekellyandryan)

Two videos of Maria that were posted to the LIVE Instagram page have been flooded with comments of praise for the former Extra and E! News host. “Love Maria and Ryan [Seacrest] as co-hosts,” one person wrote. Another fan gushed, “Fresh energy much needed for the show. I started my work day later just to watch her,” and someone else added, “Maria fits in well!! She is funny, too!”

Kelly has been hosting LIVE since 2001, when she was officially named as Kathie Lee Gifford’s replacement. At the time, she sat alongside Regis Philbin in the co-hosting chairs. She became the lead host after Regis retired in 2011, and the show spent nearly a year looking for the perfect co-host, with various stars filling in to audition. Michael Strahan officially stepped in in Sept. 2012, but he left in May 2016. 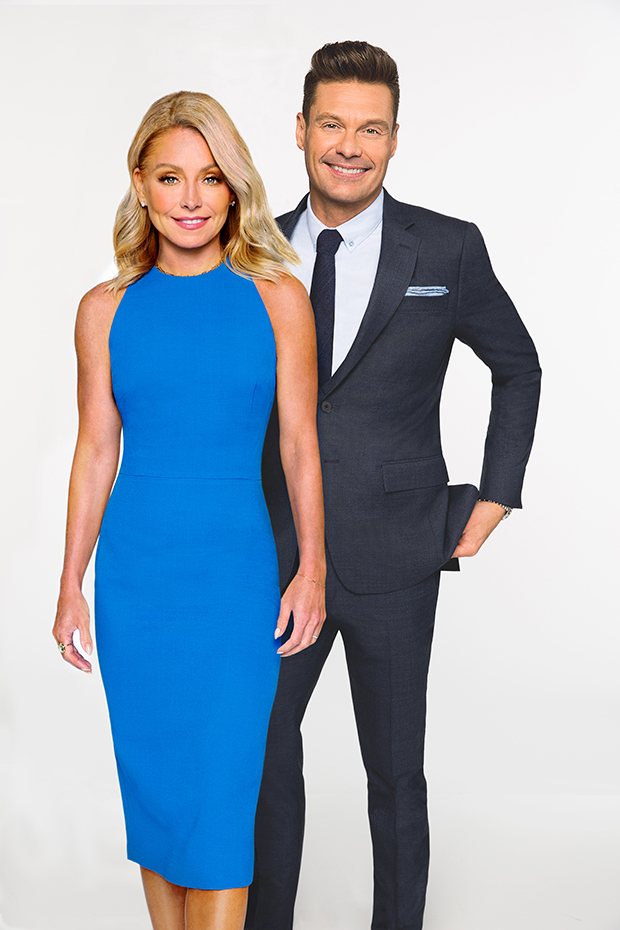 After another year of searching for the perfect co-host, ABC named Ryan Seacrest as Kelly’s sidekick in May 2017. The two have been hosting together ever since. Maria has previously been on the show as a co-host various times to fill in for Kelly or Ryan during their time off.