Escape to the château: Dick and Angel say their kids aren't spoilt

Escape to the Chateau’s Dick and Angel have taken to twitter to share a poignant family milestone. The stars took to the platform to reveal that it was the first time in seven years that they had seen certain members of their family as they shared a snap of them reunited years after last having seen each other.

In view of their 57,000 followers, the official Escape to the Chateau account shared the reunion.

The post read: “A couple of weekends ago, the Strawbridges had a visit from Dick’s younger brother!

“Bobby and Andrea hadn’t visited The Chateau since Dick and Angel’s wedding – so they were busy making up for lost time!,” it ended.

The snap showed a smiling Dick next to his younger brother Bobby with Andrea in between them as they posed in front of the orangery. 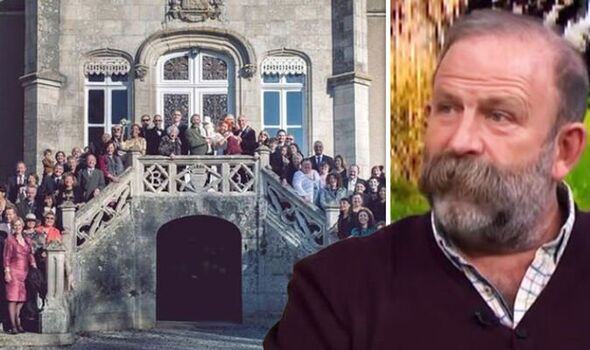 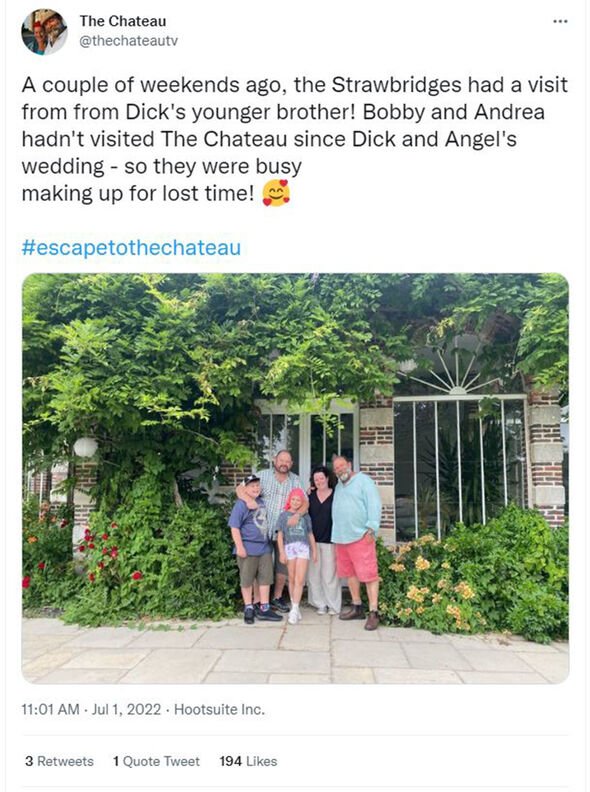 Dick and Angel married at their stunning Chateau de la Motte Husson in 2015 with the couple tying the knot in front of their two children, Dorothy and Arthur.

Their big day was featured in the first series of Escape to the Chateau and saw over 200 friends and family members join in the celebrations.

In 2020 Angel shared a series of snaps from their intimate day, giving fans a glimpse into their nuptials.

The candid snaps were taken by friends and shared an insight into their special day. 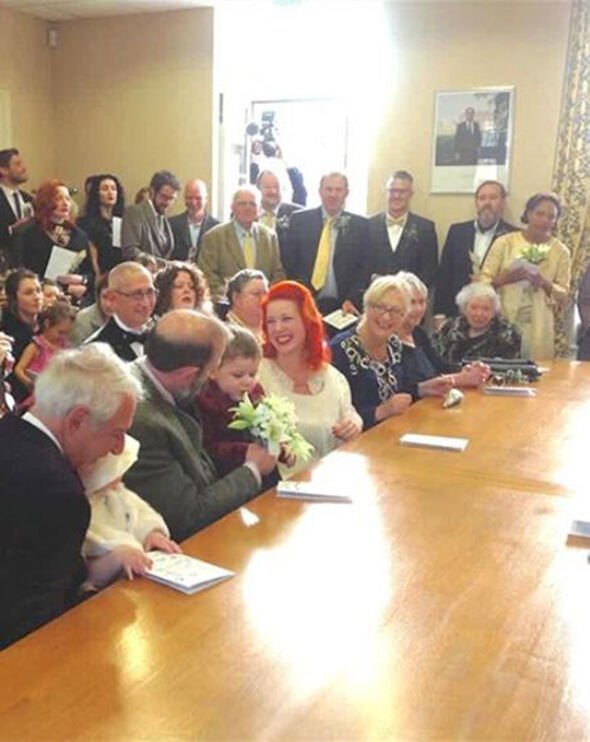 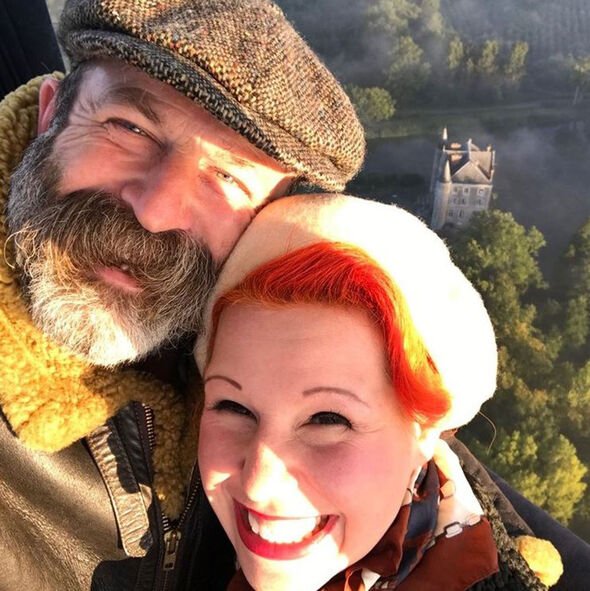 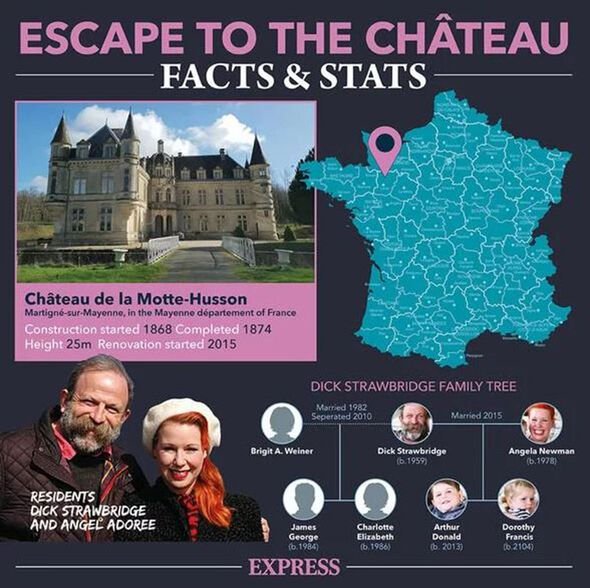 In a recent interview, Angel admitted that hers and Dick’s parenting styles are “so different”, while acknowledging concerns for their two children.

Speaking to Nihal Arthanayake on BBC Radio 5 Live, Angel admitted that hers and Dick’s attitudes were “very different” when it came to giving their children freedom while growing up.

The Escape to the Chateau couple spoke to the BBC presenter about the challenge of raising their two children in France.

When asked about their attitudes to letting their children explore the 45-room French Chateau and its grounds, Angel told how her and Dick’s perspectives couldn’t be more different.

Nihal asked the pair: “So when they go down to, for instance, the moat for a swim, are you both on the same page in terms of risk and reward?

“Or is one going, ‘What if they drown? What if something horrible happens?’

“And the other one’s like, ‘What are you talking about? I mean look, relax will you!’ he asked the couple.

Laughing, Angel admitted that they didn’t see eye to eye, confessing: “We are so different on that.

“You know, I will go off to do something and I’ll come back and the kids will be nailing hammes in a wall, or Arthur will be driving the tractor.

“But I do understand,” she said, before cutting herself off.

She continued: “We have similar values, we would never actually let the children be at risk at any, any time.”

The flame-haired star shared her other-half has a more relaxed attitude to letting the children explore.