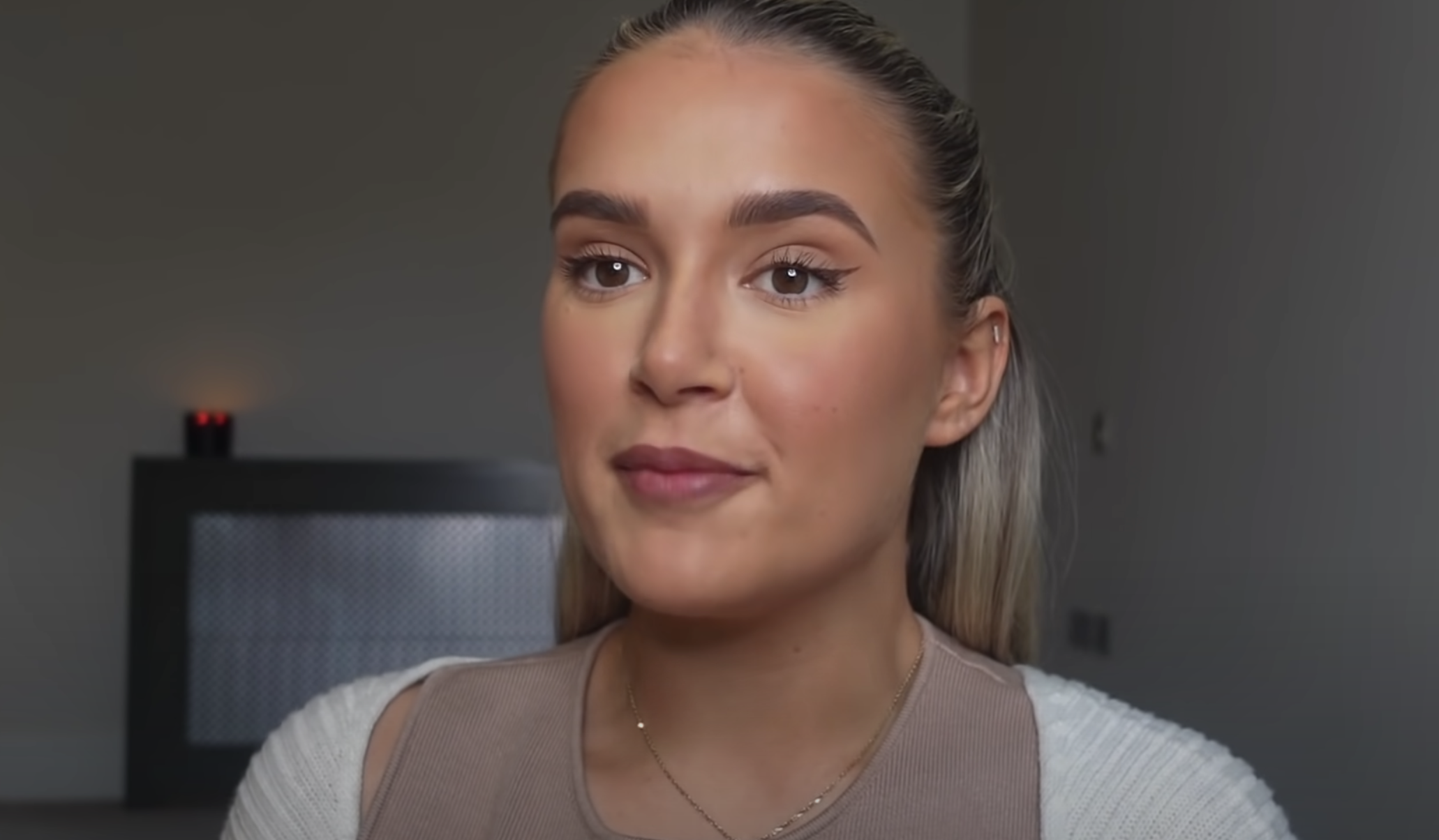 Molly-Mae Hague has opened up about her dermaplaning woes, explaining that her hair grows back at ‘rapid levels’ after the beauty treatment.

In a new video on YouTube, the Love Island star revealed that she got into the habit of undergoing dermaplaning procedures to ‘remove the peach fuzz’ from her face.

However, the 22-year-old admitted that she had been left with ‘a little bit of a beard’ after the treatment.

Speaking in her latest clip on the platform, she told fans: ‘If you guys can see that I do have a little bit of a beard, we’re not talking about it.

‘I basically have a full beard now.’

Dermaplaning involves scraping a blade across the skin for exfoliation, while also removing the thin hairs, offering a smooth finish.

As she did her make-up in front of the camera, the influencer continued: ‘I got into the habit of having a dermaplaning facial and my peach fuzz just grows back at rapid levels now.

‘It was meant to prevent it from growing back and mean that it would grow back less or something, but with any hair removal, like when you shave your legs, it means you have to start shaving them more.

‘It’s just one of those things that once you start doing it you can’t really stop.

‘You could say I wish I never started the dermaplaning because I’m not the sort of person who keeps up regularly with my beauty treatments.’

Molly-Mae’s video comes after she announced that she has her very first book on the way – promising that she will be ‘oversharing’ in the pages.

The reality star said she had been quietly working away on her autobiography, with Becoming Molly-Mae set to hit shelves on June 9.

‘I have been keeping a huge project a secret for well over a year now,’ she penned on Instagram. ‘I’ve written my very own book. This is Becoming Molly-Mae, my first ever book.

‘This is my baby. We have honestly put so many months of work into this book, you have no idea.

‘It’s been such a journey and such an adventure venturing into this whole new world of writing a book. It’s something I’ve always always, always wanted to do. It’s been a massive dream of mine.’

She added: ‘You guys obviously know that I’m a massive over-sharer but in this book I take oversharing to a whole new extreme.

‘I’ve spoken about things in this book that I’ve only told close family members and friends. You really do get the full BTS, the whole behind the scenes up until this very point. So my whole journey. It’s so special to me and I could just burst with the fact that I’m now able to talk to you guys about it.’