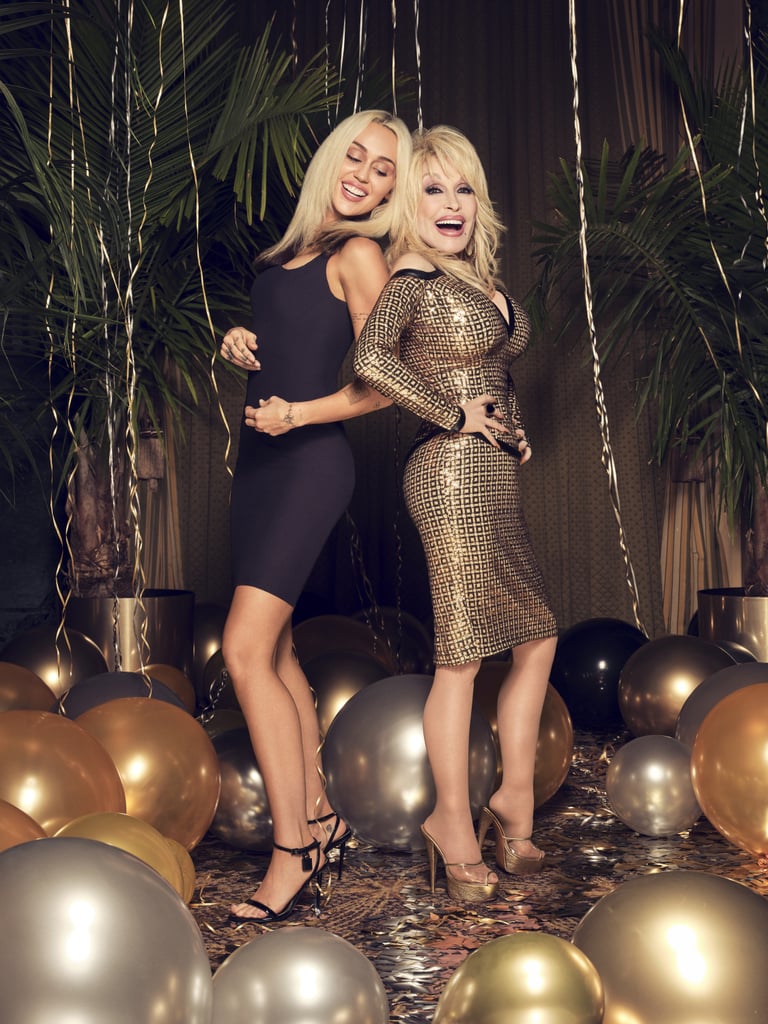 Miley Cyrus and Dolly Parton are reuniting to host “Miley’s New Year’s Eve Party” in celebration of 2023’s arrival, but their New Year’s collaboration is far from the first time the pair will have shared a stage or expressed their love for each other. Cyrus presented Parton with the first-ever hitmaker award at Billboard’s Women in Music event in 2020, describing Parton as her “very precious fairy godmother” in a heartfelt tribute speech. Earlier that same year, Parton told Marie Claire that she always knew Cyrus was destined for greatness. “I love Miley. I think she’s great. She’s out there, and I love that she takes her chances,” she said. “I love that she’s true to herself and that she’s willing to try new things and do whatever. I’ve always loved her, since she was little, and I knew she was special. She just had a light about her. Her sparkle, and her smile, and her eyes were always full of wonder.”

Previously, Cyrus was part of Parton’s epic tribute performance during the 2019 Grammys, during which Parton sang all of the best jams from the incredible “Dumplin'” soundtrack along with a whole host of special guests including Katy Perry, Little Big Town, Maren Morris, Kacey Musgraves, and, of course, Cyrus. Just a week before, Cyrus teamed up with Shawn Mendes for the MusiCares Person of the Year Gala (which was held in honor of Parton) to sing Parton and Kenny Rogers’s 1983 song, “Islands in the Stream.” Before the event, Cyrus even posted a sweet photo of her and Parton on Instagram with the caption, “It’s YOUR night Aunt @dollyparton! Beyond deserved!”

Clearly, the pair share a special relationship. So, it all begs the question: are the two actually related?

As close as the two are (and as similar as they might sound at times!), Parton is actually Cyrus’s godmother, not a blood relation. We totally understand the confusion, though — Parton even made a few cameo appearances playing Cyrus’s godmother on Disney’s “Hannah Montana,” though she was referred to as “Aunt Dolly” then, too. Her relationship with Cyrus stems from a long-lasting friendship with the pop star’s dad, fellow musician Billy Ray Cyrus, and just as Cyrus always supports the music legend, Parton always has her goddaughter’s back in turn.

When Cyrus faced criticism for her provocative outfits and performances back in 2013, Parton said Cyrus was smarter than people believed and needed a chance to find her own way, just as Parton herself had. “She’s just trying to find her own place and wings and learn to fly,” she told Evening Standard at the time. We’d say everything turned out just fine, so perhaps godmother does know best. Check out the gallery for pictures of the two talented ladies over the years.