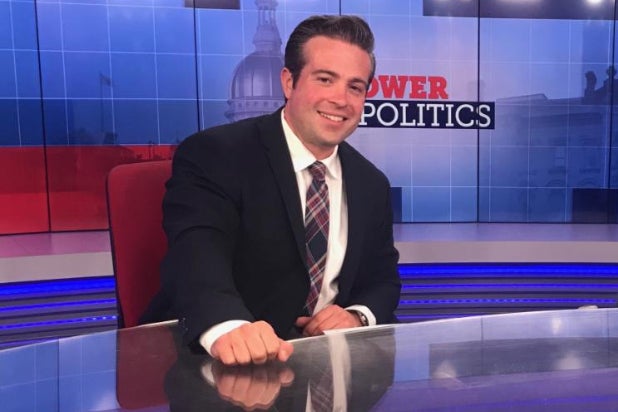 Local news reporter Alex Zdan’s response of “buzz off” to a Donald Trump supporter who asked if he was “real news or fake news” went viral Saturday by scores of people who thought he said, “f— off.” The News 12 New Jersey reporter told TheWrap he wasn’t quite that NSFW.

Zdan was broadcasting live from the streets as it was announced that Joe Biden was projected to win Pennsylvania and, therefore, the presidency, when a man behind him wearing a mask showing support for Donald Trump. In the clip, Zdan asks, “How are you doing, pal?” and the man asked whether he represents “real news or fake news.”

Zdan said, “Buzz off,” and looked back into the camera, smiled, and continued his reporting.

The original viral post of the interaction was recorded — and incorrectly captioned — by a social media user who was watching News 12 Long Island and can be heard cheering after he says it.

On social media, Zdan got lots of love, regardless of whether he dropped the f-bomb or not. One Twitter user called him “Hero of The People and News 12 Long Island roving kickass.” Another called for him to be made the next White House press secretary. Writer Shannon Stirone hailed him a “hero” and said she agreed with the sentiment.

Check it out below.