In case you missed it and/or have been trying to ignore it (same), 37-year-old Scott Disick appears to be dating Lisa Rinna and Harry Hamlin’s 19-year-old daughter Amelia Gray Hamlin. The pair has been spotted multiple times together, including most recently arm-in-arm on a beach in California. The relationship has caused some raised brows due to an almost-20-year age difference, so, uh, you might be wondering what Amelia’s famous parents think. 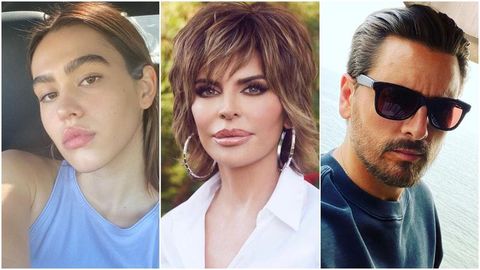 A source tells E! News that both Lisa and Harry “believe this is just a phase.” They’re also bummed about Amelia splitting with her ex Mercer Wiederhorn, with the source saying, “Harry and Lisa were sad to see Amelia and Mercer Wiederhorn split because they loved Mercer. He was like family, but they understand.”

Neither Scott nor Amelia has confirmed their relationship, but a source previously told E! News, “Scott’s having a good time. He’s getting to know Amelia and enjoying her company. They are spending a lot of time together but it’s nothing serious. He’s having fun with it.”