LeBron James and his wife Savannah were dressed to impress when they showed off PDA and enjoyed a night out together at a fancy restaurant.

LeBron James, 36, and his wife Savannah, 34, were the perfect representation of love during their latest outing! The Los Angeles Lakers player and the beauty held hands and kept each other close while walking outside of Avra restaurant in Beverly Hills, CA on July 24 and looked incredible in stylish outfits. He wore a two-toned blue button-down long-sleeved shirt and white pants while she showed off a patterned tank top under a black jacket and ripped blue jeans. 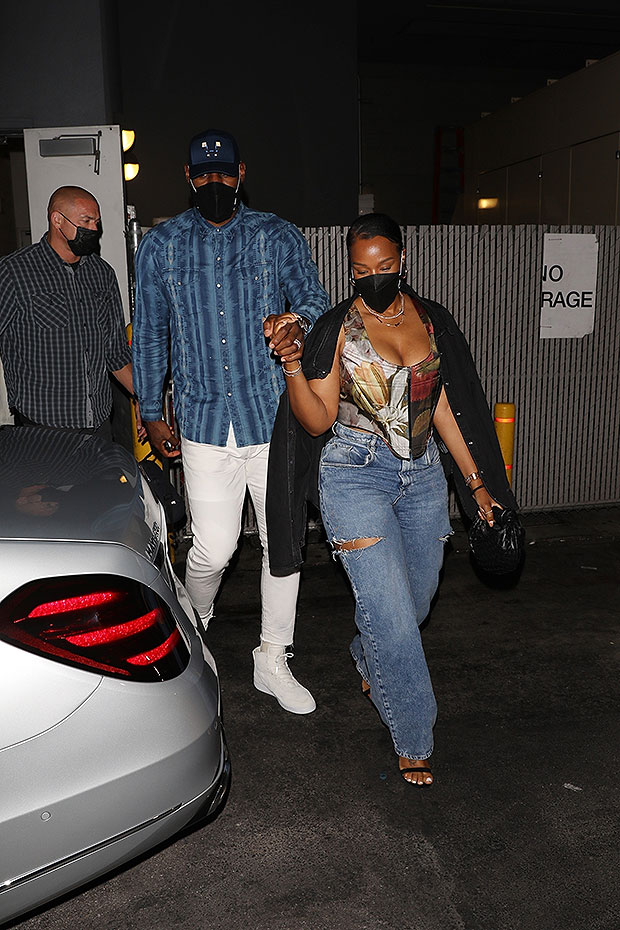 LeBron topped off his look with white sneakers and a baseball cap and wore a black face mask. Savannah also wore a black face mask and added black strappy shoes and necklaces to her fashionable attire. The two were photographed in what looked like a back exit near cars and didn’t pay much attention to cameras as they strolled past them.

Two weeks before LeBron and Savannah’s date night, the couple wowed when they showed up to the premiere of his new movie, Space Jam: A New Legacy and looked amazing. They also brought along their adorable daughter Zhuri, 6, who posed alongside her parents on the red carpet of the event. The young lady wore a cute floral dress with clear-strapped sandals while her mom rocked a lime green sleeveless dress with matching heels, and her dad donned a dark blue suit. 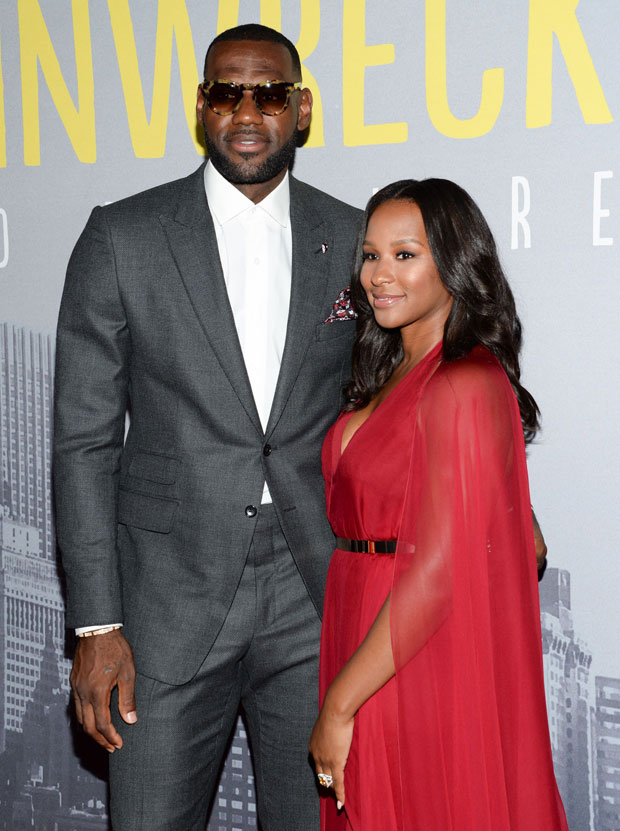 Before that, LeBron brought along his sons, who he also shares with Savannah, to another Space Jam: A New Legacy event called Space Jam: A New Legacy Party in the Park After Dark at Six Flags Magic Mountai in late June. Bronny, 16, and Bryce, 14, posed with their NBA star father, who wore a green, blue, and white button-down under a black leather jacket and black leather pants, on the carpet of the bash and looked as happy as could be. LeBron’s oldest looked almost as tall as the skilled athlete when he stood beside him while wearing a black hoodie, black pants, and back sneakers, and his younger sibling wore a different black hoodie, black shorts, and green and red sneakers.

It’s always great to see LeBron hanging out with his family at various public outings since it doesn’t happen that often. We hope to see more of them soon!