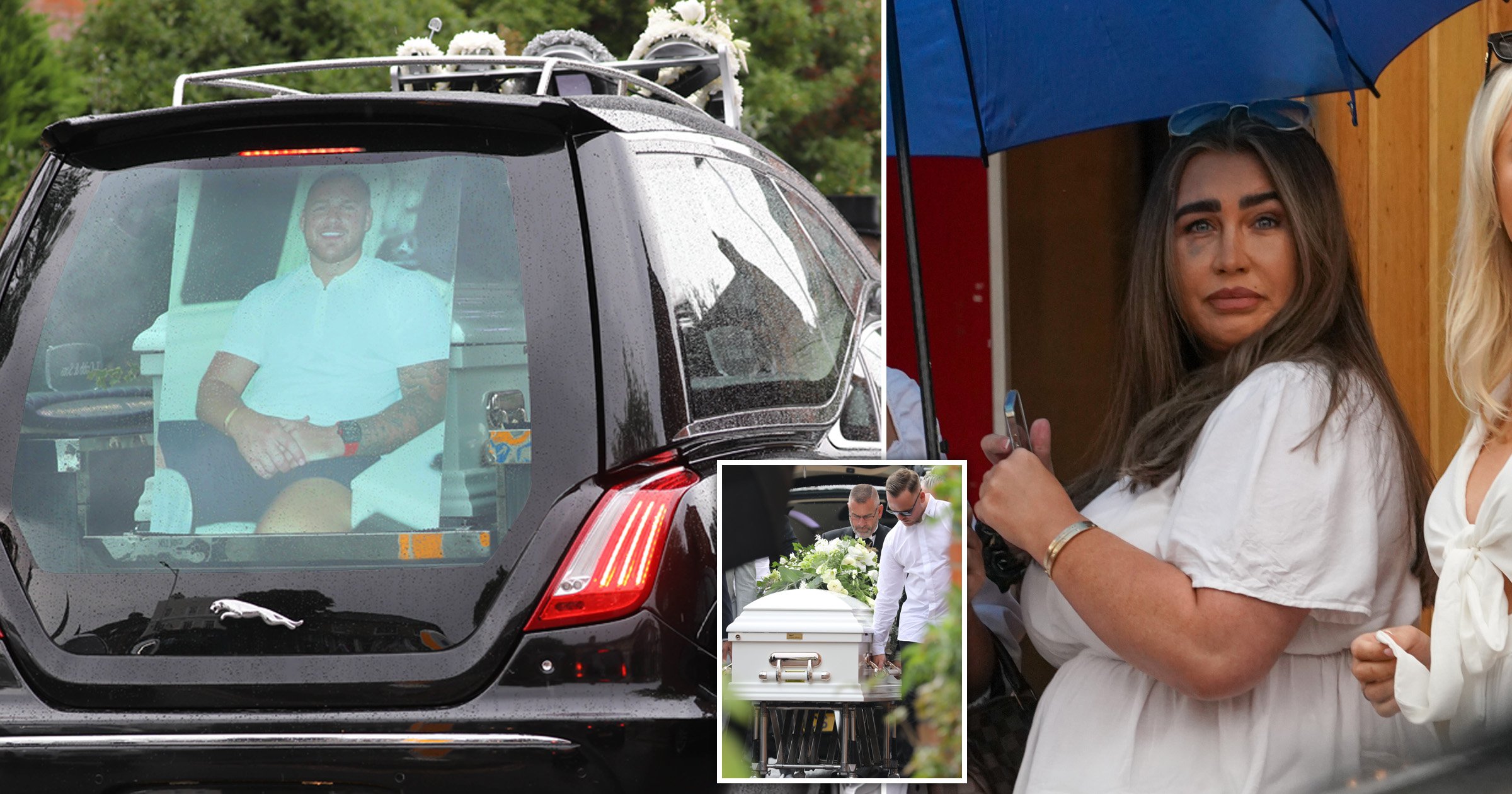 Towie stars Lauren Goodger and James Argent were among those seen arriving at Jake McLean’s funeral, after the star died at the age of 33.

Lauren, who previously dated McLean and paid a heartfelt tribute on social meida after his death, was seen arriving to pay her respects at St Thomas of Canterbury church in Woodford Green, Essex.

James Argent was also seen arriving for the private service.

Yazmin appeared to be absent.

Sam Mucklow was among those paying tribute on social media in the hours before the funeral, writing: ‘Jakey Boy. You played a huge part in my life over the years, helped shape the person I am today. Love you J.

‘The day has come that we lay you rest in paradise Jake and celebrate your life. You’re always in my mind and will forever be in my heart.’

‘My thoughts are with your family and friends,’ she added.

McLean and Lauren began dating in 2012 and they were in a relationship until 2016.

McLean and Yazmin were driving on a mountainous road in Bodrum in Turkey when their Mercedes fell 30 feet into a ditch.

Despite the best efforts of emergency services, McLean’s life could not be saved and he was pronounced dead at the scene.

Yazmin was taken to hospital and has since been recovering.