Kourtney Kardashian and Travis Barker are married! The famous couple tied the knot in Las Vegas after the 2022 Grammy Awards. Here are all the details we know so far, including who officiated the wedding ceremony. 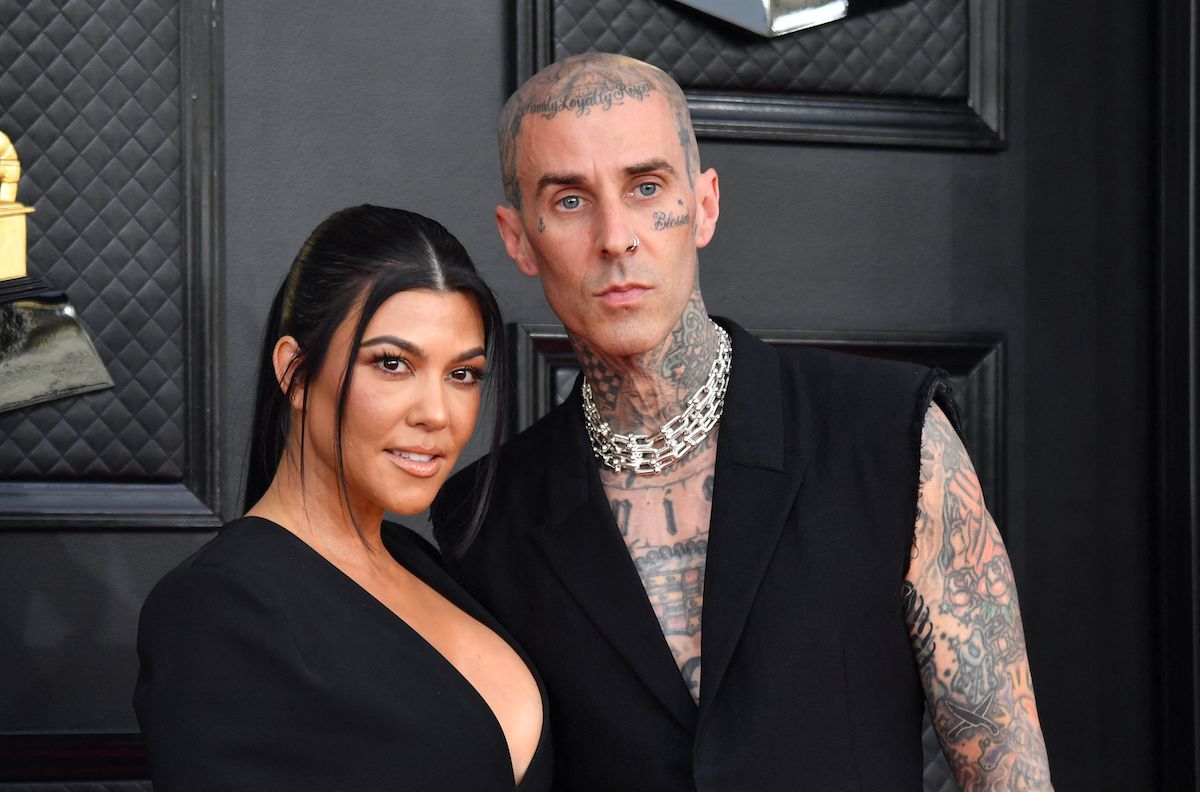 Kourtney Kardashian and Travis Barker got engaged in October 2021

Travis Barker and Kourtney Kardashian got engaged on Oct. 17, 2021. The Blink-182 drummer proposed to the reality star with a heart-shaped arrangement of roses and candles on a sandy beach. Barker led Kardashian to the center of the elaborate design and offered her a massive oval cut diamond on a simple band, estimated to be worth $1 million. Kardashian posted photos of the touching moment on Instagram and captioned them, “forever.”

“Kourtney and Travis really feel like they’ve found their perfect partner and match,” a source shared with Entertainment Tonight. “They can’t wait for this next step in their journey as a couple and to spend the rest of their lives together.”

“The proposal took place on the beach at the Rosewood Miramar Beach hotel, where Kourtney and Travis have spent a lot of time together, and is considered to be a very special and sacred place to them,” added the source. “Their families are beyond happy and excited for them, too. Their kids are very much looking forward to being an official big happy family.”

Kourtney Kardashian and Travis Barker got married in Las Vegas

Travis Barker and Kourtney Kardashian turned heads with their PDA at the 2022 Grammy Awards, where the drummer performed with Lenny Kravitz and H.E.R. After the show, the couple went on to get married at the One Love Wedding Chapel, as confirmed by People.

According to the publication, the private wedding ceremony was held at 1:45 a.m. on Monday, Apr. 4. The couple had on the same outfits they wore to the Grammys.

“I didn’t know who it was until they pulled up,” said One Love Wedding Chapel owner Marty Frierson. “I advertise as 24-hours but they wanted to make sure I was still there.”

Frierson revealed that the couple had one special request. “They paid and they requested Elvis Presley, that was mandatory,” he said. “I called back 5 minutes later and was like, I got an Elvis, and there they were.”

The owner also shared that the ceremony took about 30 minutes. “They came, got married, tossed the bouquet in the driveway, and danced to Elvis,” he said. “They showed a lot of love and had a lot of fun.”

On Mar. 14, Hulu released the trailer for the upcoming new show, The Kardashians. One of the most shocking tidbits from the video was the revelation that Kourtney Kardashian and Travis Barker were trying to have a baby.

In the trailer, Kourtney’s voice could be heard saying, “I’m excited for this new chapter.” The 42-year-old went on to reveal around the 0:50 mark that she and Barker wanted to have a baby.

Perhaps Kardashian and Barker’s Las Vegas wedding will be documented on the new reality show, which will be out on Hulu on Thursday, Apr. 14.