Kody Brown: I Know I’ve Been a Bad Father, But I’m Getting Help! 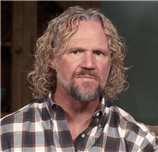 It has not been a good time be to Kody Brown, huh?

And sure, we could say that literally no time has ever been a good time to be Kody Brown, but let’s not kick a dog when he’s down.

As we’ve seen on the current season of Sister Wives, the pandemic really threw Kody for a loop — he seemed to develop anxiety like he’s never had before, which is obviously fair and has definitely happened to a lot of people over the past two years.

But was hasn’t been fair, according to many fans of the show, has been the way he’s treated his family during the pandemic.

He made a list of rules that went above and beyond what the CDC recommended, with rules about cleaning packages before you bring them inside and changing clothes after coming home, etc.

And because Janelle and Christine and their children at home didn’t necessarily follow all of these rules, he stopped spending time with them.

He’d already been avoiding Meri, and he continued to do so even though she followed all of his rules religiously, so he ended up pretty much just spending all of his time at Robyn’s house.

This caused a lot of tension for everyone, and two of Janelle’s children, Gabe and Garrison, were very vocal about how frustrated they’d become with their father.

Kody, however, refused to listen to those frustrations, and instead asked Janelle to force them to stop seeing friends and even to kick them out of her house so that he could come over every once in a while.

In the season finale, Kody said that they “need therapy,” and that “I need to sit down with my boys and get something straight because I’ve gotten to the point where I’m so angry about what happened that we’re not communicating and I think they are too.”

It doesn’t sound like they ever actually got therapy though, because in the tell-all, Kody revealed that Gabe and Garrison aren’t even speaking to him these days.

But luckily, there now seems to be at least a little bit of a development, because in a new video shared on Cameo, Kody finally acknowledged that he maybe screwed things up a little for his family.

In the video, which was summarized by The Ashley’s Reality Roundup, Kody said that the family is “kind of a mess” right now, which is a bit of an understatement.

One of his wives left him, one of them he hasn’t slept with in ten years, one he refuses to say that he’s in love with, and the other has been complaining about having to spend too much time with him.

Even without the issues with the children, things are an absolute disaster.

In the video, he revealed that he was “talking to somebody helping me with my grief recently” — you know things are serious when you have to see a grief counselor because your family is falling apart.

“You have to be loving and forgiving, in spite of changes,” he stated before admitting “I need to take some of my own advice.”

Another Cameo focused more on parenting, and in that one he said “Being a parent is a lot more about being in love with your children and connecting with them than it is about being wise as a parent.”

“Parental wisdom is something that has escaped me,” he continued, “but that’s mostly because I’m looking back now at the mistakes.”

It’s not much — it kind of sounds like he’s saying that he’s lacking in parental wisdom only because he’s focusing on those mistakes when really he just messed up this entire situation up, maybe even beyond repair.

And remember, we’ve only talked about his relationship with Gabe and Garrison, we’re sure there are still some issues in the family from the issues surrounding Ysabel’s surgery.

It’s also kind of rich that he’s talking about how he needs to be “loving and forgiving,” like the other people in his family have done something to him that needs forgiving.

But still, progress is progress, no matter how small, and hopefully whoever he’s been seeing can help him repair these relationships.

Because, as he said, the whole family really does look like kind of a mess right now.