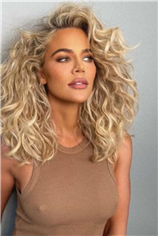 As the title indicates, the show focused on people who had been dumped or cheated on and decided to get in shape in order to inspire remorse in their exes.

A bit of a problematic premise, but we’re sure viewers who had been similarly mistreated experienced a bit of catharsis watching other people get healthy for unhealthy reasons.

And now, many of her social media followers are convinced that Khloe has taken the lessons of Revenge Body to heart.

As you’ve probably heard by now, the world recently learned that Tristan Thompson cheated on Khloe yet again.

News of the infidelity went public long after it happened and long after Khloe first found out about it, but even so, this has to be a rough time for Khloe.

Having to relive the pain of her partner’s betrayal a second time as the public dissects it can’t be easy.

Especially since this was the arguably the worst of Tristan’s many infidelities.

Thompson is being sued for paternity by Maralee Nichols, a Houston-based personal trainer who claims that the NBA star impregnated her back in March.

Nichols welcomed her child earlier this month, and now, she and Tristan are hashing it out in court.

He admits that they slept together, but insists that the kid isn’t his.

It’s probably not a good sign that Tristan keeps changing his story, but we’re guessing Khloe’s not too concerned with the outcome of the trial.

The fact is, Tristan cheated on her yet again — they were still together when he hooked up with Nichols in March — and now, hopefully, she’s done with him for good.

The guy didn’t do much for Khloe during their years-long on-again, off-again relationship, but hey — he may have inspired her to get into the best shape of her life!

Khloe posted the photo above this week, and it’s been getting a ton of attention for obvious reasons.

We’d say anyone who’s 37 and has washboard abs deserves some sort of medal, but aren’t the abs reward enough?

Khloe has been called out for photoshopping her pics in the past, but the new ones appear to be legit.

And if they are retouched, well — at least she’s getting better at it!

We have no way of knowing if Khloe’s latest fitness kick was inspired by the Tristan situation, as she still hasn’t spoken about it directly.

But insiders say Khloe was absolutely devastated by the news of her baby daddy’s most recent dalliance.

“To call Khloe upset would be an understatement,” a source close to the situation tells UK tabloid The Sun.

“Khloe suspected Tristan stepped out on her during Covid, but did not know that he invited other women to his home until the legal documents were released,” the insider continued.

“She sees his place as an extension of hers, and is mortified now that she knows the mother of his new baby spent time there.”

The feeling of waiting — along with the public — to find out if your kid has a new sibling cannot be a good one, and our hearts go out to Khloe during this difficult time.