In honor of her 16th birthday on March 14, Kevin threw Heaven a surprise party over the weekend, gifting her with a $85,000 Mercedes SUV. Kevin shares Heaven and his 13-year-old son Hendrix with his ex-wife, Torrei Hart. He’s also the father of son Kenzo, 3, and daughter Kaori, 5 months, with wife Eniko Parrish.

The bDASHd Events company, who organized the event, shared pics and videos of the luxurious gift to their Instagram Stories on Saturday, giving fans a glimpse of Heaven’s new ride, which was topped with giant red bows. 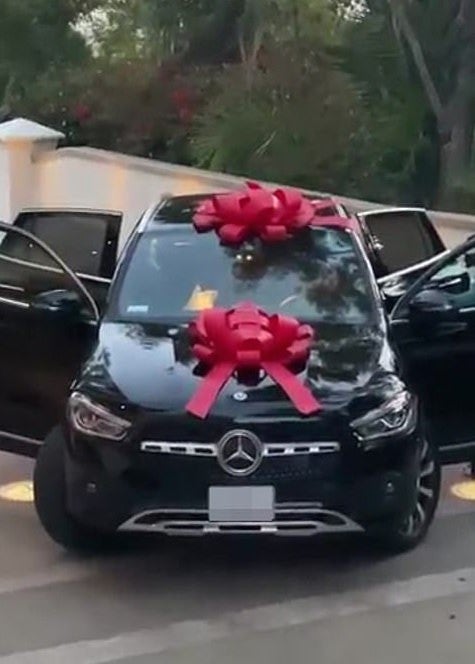 In addition to planning Heaven’s birthday bash, Kevin’s also been busy gearing up for the upcoming remake of Trains, Planes and Automobiles with Will Smith. The original 1987 comedy flick starred John Candy and Steve Martin as two travelers stuck together while trying to get to Chicago ahead of Thanksgiving.

“Me and Will have been talking about doing a movie for the longest time and we just [couldn’t] put our finger on what that movie was,” Kevin explained to ET back in October. “So, for us to get to a point where we agree that said material was our project — because our personalities not only fit, but we could really pop in this situation — it was just a no-brainer.”

“Remaking this movie is something we are excited about,” he continued. “We can’t wait to do it. The studio’s happy and it’s about rolling my sleeves up and getting the script to where it’s supposed to be.”

Hear more in the video below.