Kendall Jenner attended the Phoenix Suns’ home game on February 16, where her boyfriend’s team lost to the Brooklyn Nets, 128-124. But, a group of lucky fans were the real winners after the model snapped an epic selfie with them!

Kendall Jenner had the ultimate assist in Phoenix on Tuesday when she attended  boyfriend Devin Booker‘s NBA game against the Brooklyn Nets. The supermodel, 25, who sat solo in an empty row inside the Suns’ arena, made a group of young fans’ day when she snapped a photo with them. The now viral selfie shows the supermodel, 25, wearing a mask while throwing up a peace sign a few rows back from the group of male fans.

“Thanks for airdropping this pic to me @kendalljenner,” the owner of the photo, Bobby Murphy, wrote on Twitter. Murphy and his three friends also raised peace signs with their hands in the photo. The fan shared another snap of the friends at the game — one of which sported a purplePhoenix Suns jersey with Booker’s number and name on the back. 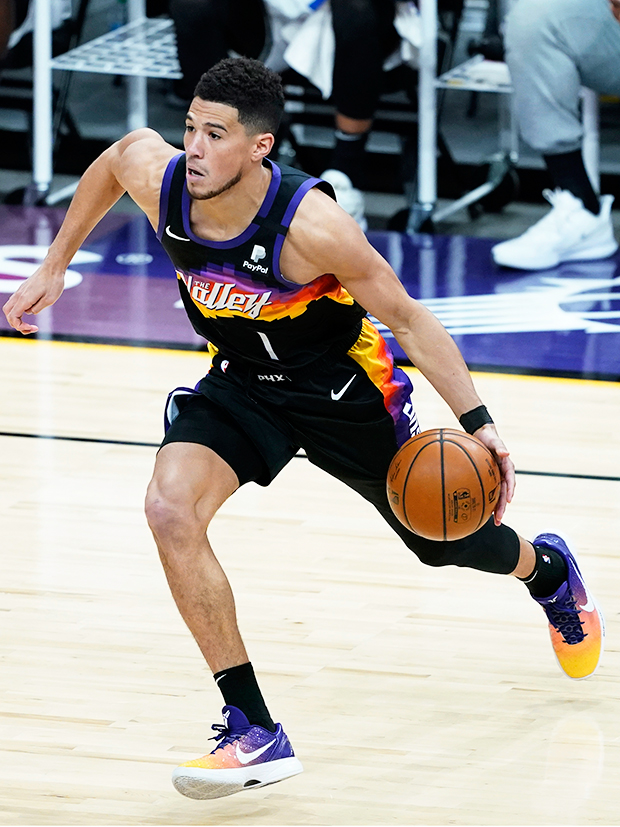 It came as a surprise to some that Kendall would willingly snap a photo with fans at her boyfriend’s game. The Keeping Up With the Kardashians star, who’s arguably the most private member of the famous family, waited months before confirming her romance with Booker. The couple made their relationship Instagram official on Valentine’s Day, when they tagged one another in cute PDA photos together. 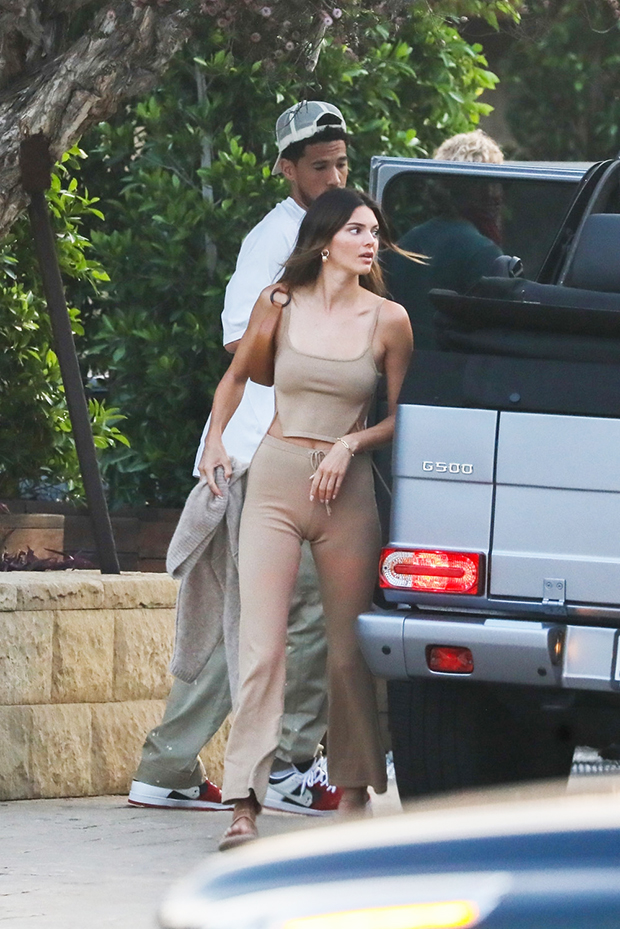 The model and athlete first sparked romance rumors in April of 2020, when they were spotted on a road trip in Sedona, Arizona. Throughout 2020, the pair were photographed together on a number of occasions while dining out in Los Angeles and spending time with mutual friends — including Justin Bieber and Hailey Baldwin. In mid-August, the foursome enjoyed a group dinner at celebrity hotspot, Nobu in Malibu. On September 3, Kendall and Devin reunited with JB and Hailey in Idaho during the couple’s cross-country road trip.

At the time, a source told HollywoodLife, “Kendall is having fun with Devin and seeing where it goes but she’s not seeing anyone else and neither is he.” The supermodel previously dated Philadelphia 76ers point guard Ben Simmons and was spotted at a number of his home games with his parents.