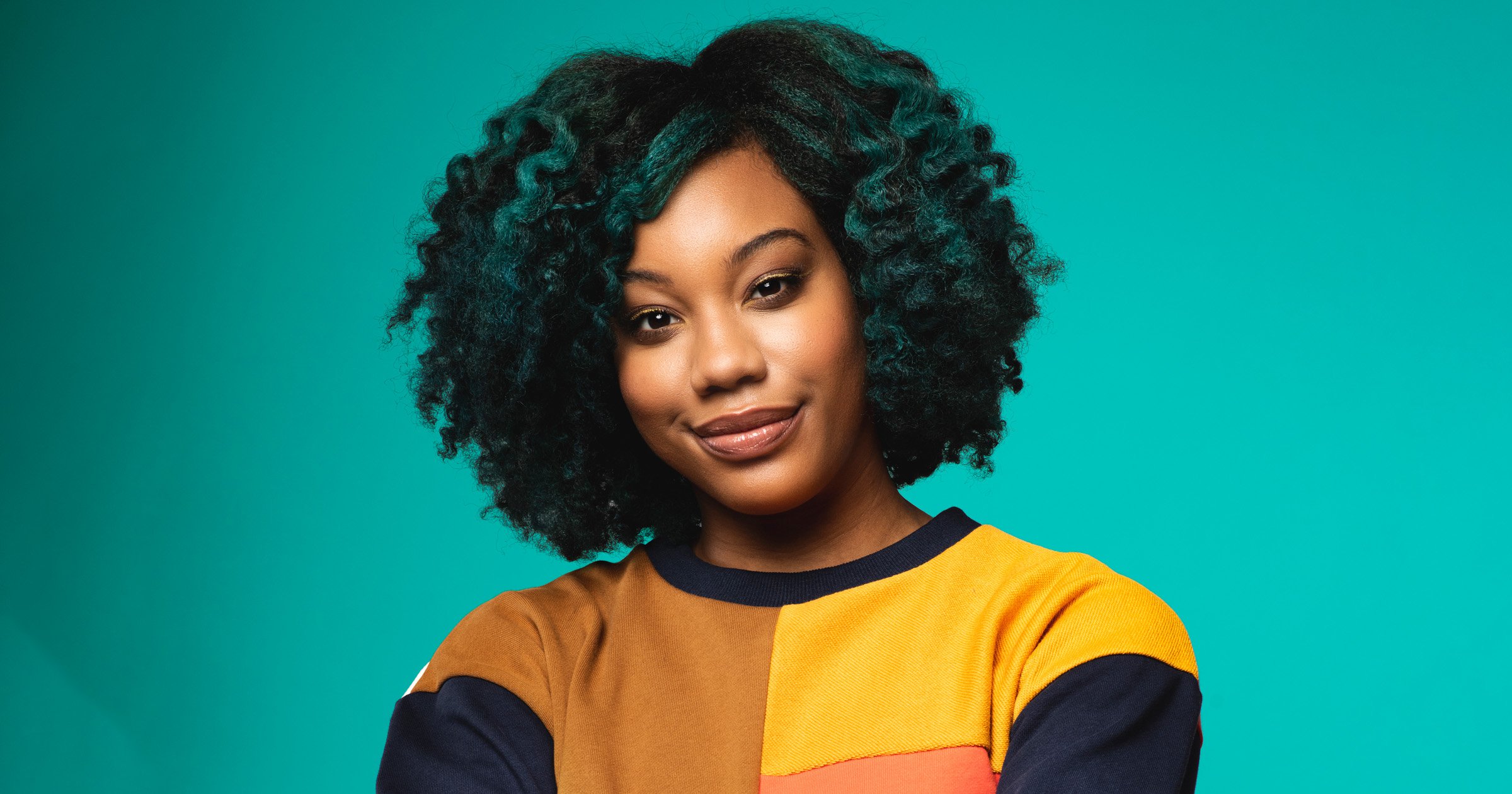 Kemah Bob has opened up about the importance of ‘holding space’ for trans and non-binary people in comedy, pointing out that many people don’t feel safe in comedy clubs.

The comedian and writer pointed out that more needs to be done to create safe spaces in comedy, as she gears up to host FOC It Up, the Femmes of Colour comedy night and live podcast, produced by the team behind the Guilty Feminist.

‘While I do use she/they pronouns, there’s not a lot of certainty with me as it pertains to my own [gender],’ Kemah told Metro.co.uk.

‘I do identify as a woman, I use she/they pronouns, but there are so many unanswered questions that I don’t feel the need to answer around my own gender identity.

‘What I do feel the need to do is hold space for those who are also questioning, who have found certainty, who feel certain, and those whose identity deserves to be and should be protected and respected.

‘What I’m grateful to be able to do with FOC It Up and what was important for me to be able to do was make sure that even though it’s called the Femmes Of Colour comedy club, you don’t have to be femme. It’s for comedians of colour who aren’t cisgender men. That means holding space for not only non-binary comedians and not only trans-feminine comedians, but also trans-masculine comedians. I feel like trans men are often forgotten in the discourse.

‘What’s important to me about FOC It Up is, even if you don’t see a trans comedian on the line-up every week, you as a trans person, as a non-binary person can feel comfortable and know you won’t be the expense of a joke.

‘We have to look out for each other in the ways we can!’

She’s not wrong – and she’s not the only comedian to feel this way, after James Acaster opened up to Metro.co.uk on the importance of his widely-praised joke which calls out other comedians for ‘punching down’ at the trans community.

Pointing towards Erika Ehler as a particularly exciting comedian on the circuit, Kemah’s also hyped to see what comes from the future of comedy.

‘What I really enjoy is people sharing their experience and being honest about who they are, and not just in terms of culture, or sexuality or gender or anything like that, but in terms of personhood and kind of owning who they are. I’m excited to see more voices platformed and more people that have the opportunity to own who they are,’ they said.

‘And I’m excited that more people of colour, more women of colour, more trans and non-binary people of colour are being presented with opportunities to shine. I do find those perspectives to be interesting and I think oftentimes, all people need is an opportunity to shine. I always say, “Lead me to the door, open the door, allow me through the door, and what I do when I walk through is up to me. I’ll take it from there”.

Kemah has most certainly shown what she can do, smashing it on the comedy circuit and hosting her own live night, as well as having her own drag alter-ego, and killing it on TV – and casually writing for iconic British comedy including Charlie Brooker’s Death to 2020 and Death to 2021.

‘I find it so difficult to satirise and make jokes about the most horrific s**t,’ they admitted. ‘It’s so hard to laugh. I think it does facilitate a bit of healing for people at the same time, finding humour in these things. But it is exhausting!’

Kemah, who hails from Texas but now lives in London, believes she ‘found her voice’ in the UK and has a huge amount of praise for British comedy.

‘I’ve developed an affinity for the place, I really like the culture, I like the style, and I like what the comedy does,’ they said. ‘I know the [Edinburgh] Fringe has lots of issues and it’s quite problematic but people from the US come over to the Fringe because they see the opportunity to interact with different kinds of comedy and different kinds of comedians.

‘What I was exposed to in LA when I was there, the comedy was a little limited and I felt more free to find my voice here and not have to conform to a certain idea of what a comedian who looks like me would perform like.

‘This is definitely my home…I would never want London to not be part of my life, but I could do with avoiding the winters’.