Kelvin Fletcher says he 'scraped the bottom' of Lamborghini

Former Strictly Come Dancing champion Kelvin Fletcher and his wife Liz Marsland enjoyed some downtime together today, as the couple took a ride in a luxury Lamborghini. The former Emmerdale actor took the wheel, as the couple drove the sports vehicle with the roof down.

The 37-year-old appeared to suffer a minor issue with the car, while going over speed bumps in the road.

Taking to Instagram stories, Liz shared a short video clip showcasing the interior of the Lamborghini and the sleek leather seats.

She said: “I like to do a debrief when Kelvin gets a new car. This is one that I’m actually excited about. A Lamborghini.”

Letting out an excited shriek, Liz turned towards her husband who was positioned in the driver’s seat. 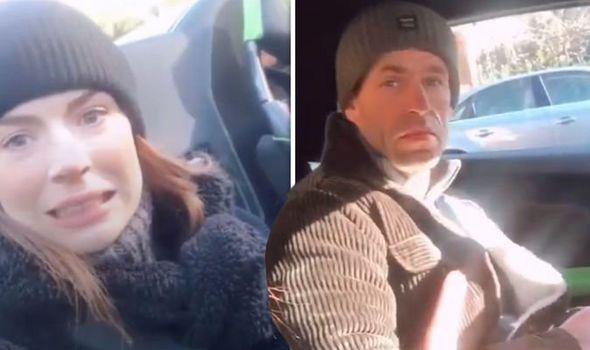 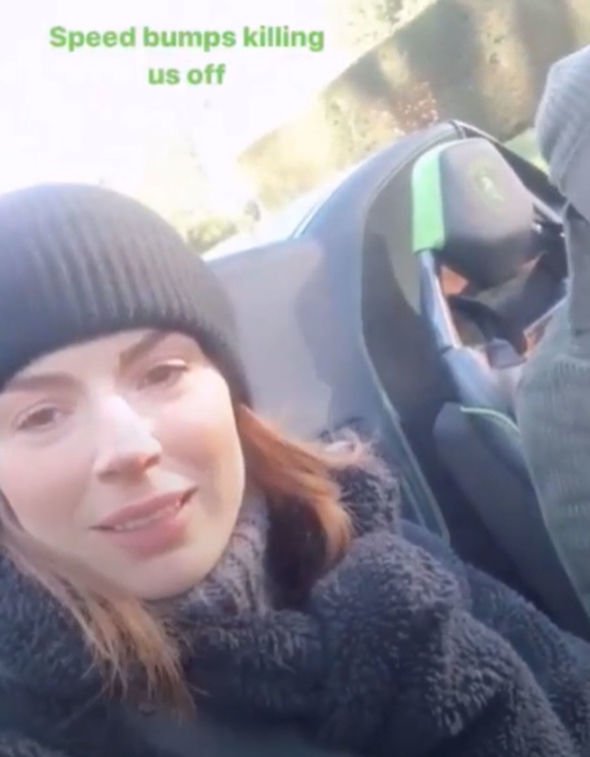 Liz continued: “Of all the days to be out, this is the perfect day to be out with the roof down in a Lamborghini… listen to it.”

Kelvin revved up the engine before detailing a slight issue.

Liz explained in her story that the “speed bumps are killing us off” preventing the car from going too fast, but it appeared to have even more impact.

She quizzed him: “Did you scratch it?” 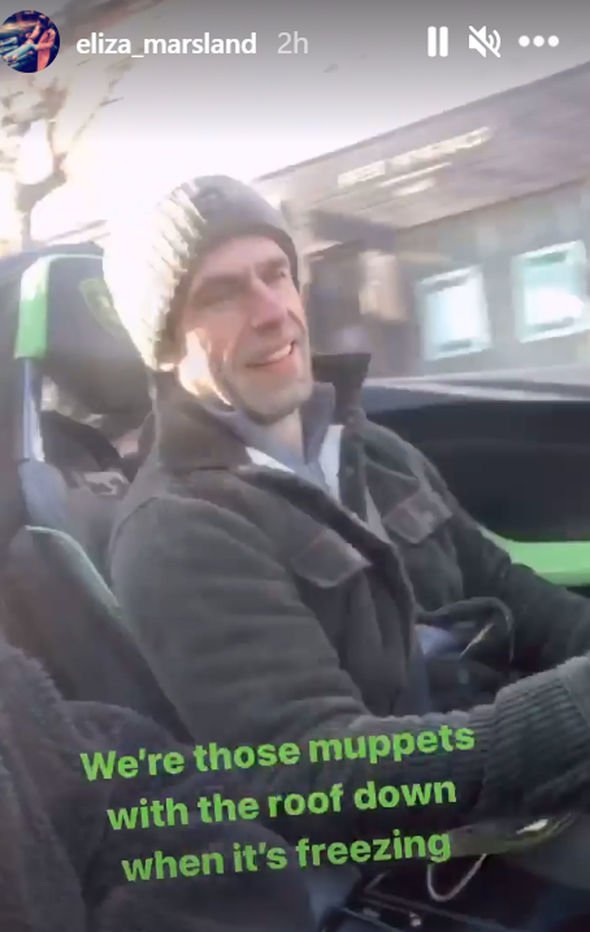 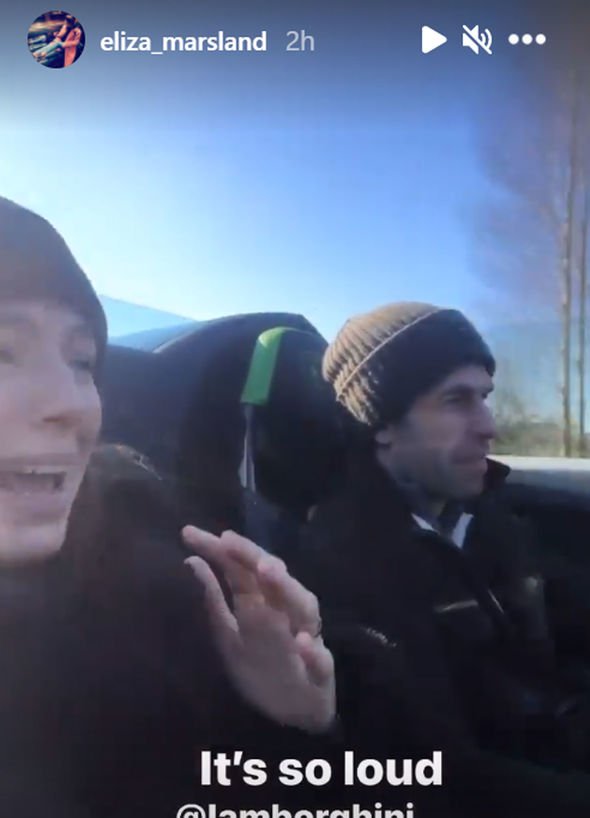 To which Kelvin replied: “I scraped the bottom of it.”

Liz pulled a stunned face, as she uttered: “Oh my God.”

But it didn’t appear to have impacted the couple’s ride as they continued their cruise.

In a follow-up post, Liz commented: “On those crisp, sunny days we look like those idiots that have got the roof down when it’s freezing. That’s us.”

Kelvin is no stranger to driving luxurious cars as the former Emmerdale actor recently took to the picture-sharing site to show off another motor.

Back in September, the Strictly winner posed alongside a green Bentley, delighted with his ride.

In view of his 364,000 followers: “Thanks to @bentley_manchester I’m starting the weekend in style.

Kelvin is a car-enthusiast and has competed in racing professionally.

He started competing in 2011 and by 2017 moved to the British GT Championship.

And his next level up will be joining the GT3 class in a Bentley Continental.

Since his Strictly win in 2019, Kelvin has also appeared in the BBC series Death In Paradise.