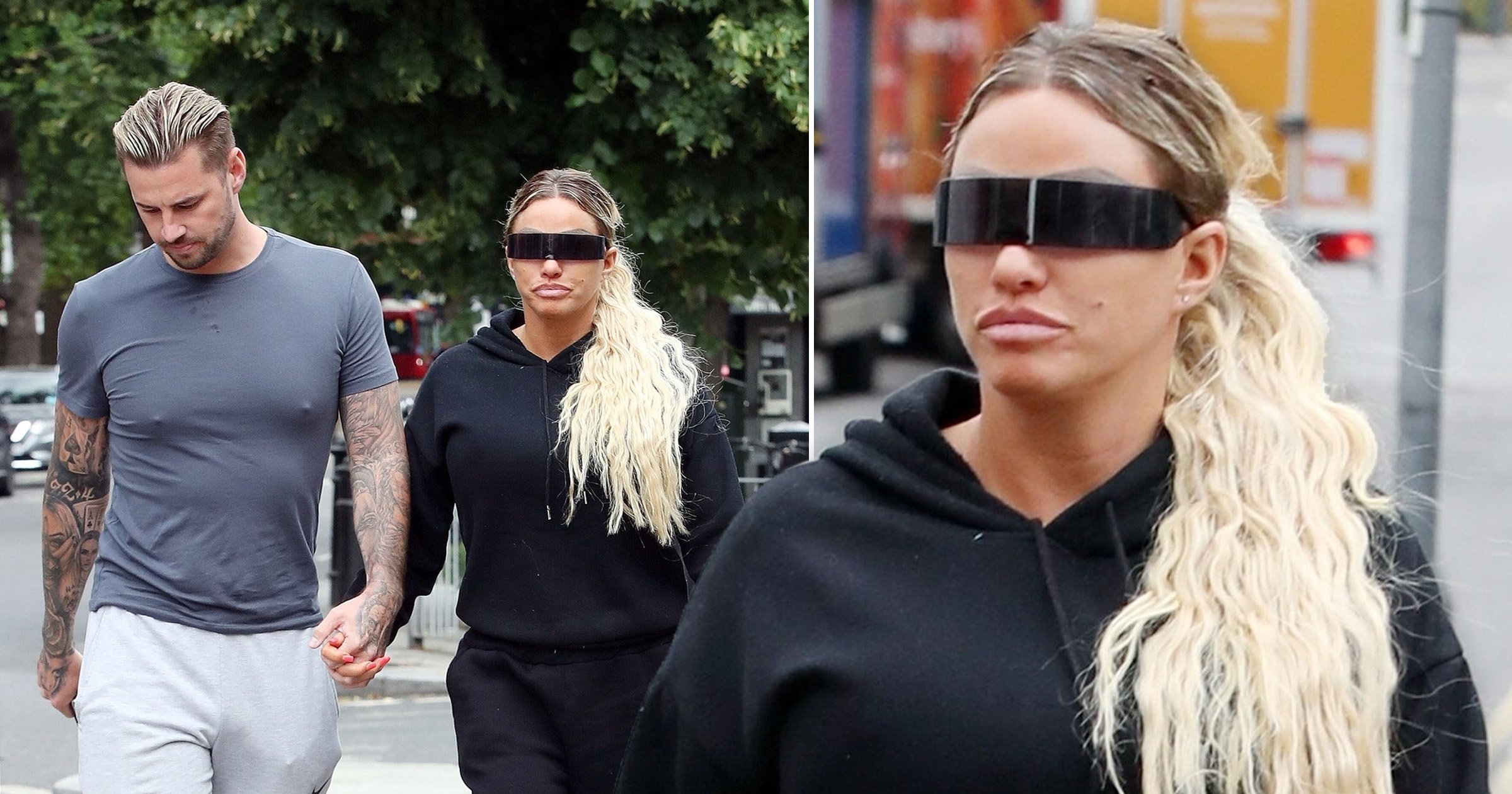 Katie Price has been spotted holding hands with fiance Carl Woods, in an effort to show that their relationship is still strong amid rumours they had split.

Former Love Island star Carl furiously denied speculation that their two-year romance had come to an end in a furious expletive-filled rant.

In an Instagram video, the 33-year-old filmed himself at the home they share with Katie, 44, in the background and later described the rumours as ‘complete lies’.

On Monday, Katie and Carl were seen for the first time since the latest drama unfolded, arriving at a studio in London together.

They put on a united front and held hands as they made their way into the building, with Katie shielding her eyes behind a pair of futuristic sunglasses and dressed casually in a black tracksuit, while Carl donned a dark grey T-shirt and a pair of light grey tracksuit bottoms.

It’s believed Katie was recording a voiceover for a TV series that is set to air in September.

The couple’s outing comes after a source said that the former glamour model had been telling strangers she was single, and was spotted without her engagement ring.

Carl then embarked on an expletive-laden rant over the weekend denying he and Katie had broken up.

‘All of you are full of s***’, he said in the clip on Saturday, showing Katie walking behind him.

He continued: ‘Why don’t you all just f*** off? Because do you want to know the truth? I’m the best f***ing fella she’s ever had.’

‘None of you that write this b******t actually knows what goes on. I support this woman through everything. I’m the one that gets the flack, no one else.

‘So, no, we haven’t broke up, I’m still at her house so f**k off because you know nothing and you pretend.

‘I’m absolutely tired of being tarnished to be this bad person, and yes I am ranting because you know what, I’ve suffered months and months of it.’

The following day, he appeared on GB News to further reiterate that the split claims aren’t true and insist they were still engaged, telling presenter Mark Dolan: ‘When I left the house earlier she still had the ring on, so I’m hoping when I get back it’s still there.’

Addressing the reports, Carl stated: ‘Complete lies. The truth never sells, is what I’ve learned. I’ve never experienced anything like this in my life.

‘Unfortunately for Katie, she doesn’t have any different and I know what it’s like to have a normal life.

‘When these things are happening, it’s just completely and utterly unfair. And what it is, is we’re living in a society now where people really believe in this stuff.’

Katie and Carl began dating in June 2020 and got engaged the following April after 10 months of dating.