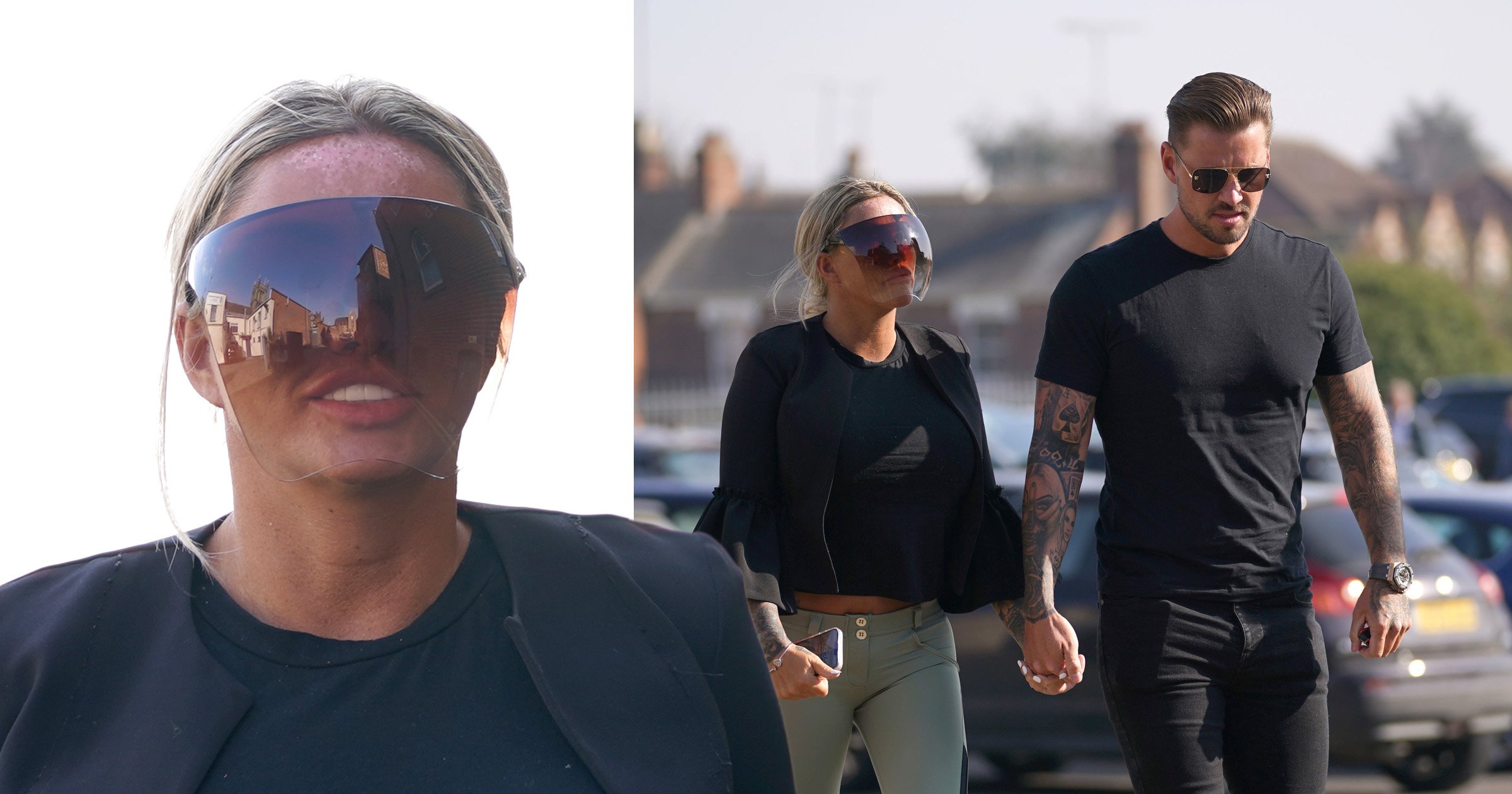 The 33-year-old pleaded not guilty at Colchester Magistrates’ Court on Wednesday, where he was supported by Price, 43, who arrived holding his hand.

It’s alleged that a row between Woods and his partner took place at a property in Essex last summer.

According to The Sun, prosecutor Leigh Hart told the court: ‘On the evening of the 22 August 2021 the defendant got into an argument with his partner at his home address.

‘This resulted in his partner leaving his property to go to another property.

‘The defendant followed her and attempted to force the door of that property and was heard shouting outside in the street which was overheard by neighbours.’

However, Woods’ defence lawyer Mark Davies said the incident was ‘nothing more than a squabble’.

Woods was granted unconditional bail and told he must attend the next court date set at Chelmsford Magistrates court, where the trial will begin, on June 16.

A source close to Price told Metro.co.uk that, as the victim of the alleged offence, she has joined him in court with the hope of getting the charges dropped.

It comes after Essex Police confirmed Woods was the person arrested following an incident at a property in August 2021.

A spokesperson said in a statement last month: ‘A man arrested following an incident in Little Canfield, on August 23 2021, has been charged.

‘Carl Woods, 33, has been charged under Section 4 of the Public Order Act.’

However, denied Price was ‘punched or hit’ during the incident.

Addressing the charges on his Instagram in February, Woods said: ‘There has been no charge for this. Nor has Katie ever been controlled. As I’ve said, if you think this women is controllable you must be out of your mind.

‘The original alleged assault story sold was worth thousands and full of make pretend events.

‘Unfortunately for me, I’ve been dragged into the drama series that is this particular life I’m living as have so many others.’

He continued: ‘But I am the victim of lies, bulls**t and manipulation, not only by the press but by the people involved in the original story that was to portray innocence elsewhere before any truths could be revealed at the time (and to earn f**k loads of money for them as I’ve said earlier) believe me when I tell you that.’

Woods also spoke in videos shared on his Instagram Story at the time, and explained that he was charged with a public order offence, which he said was ‘just arguing in the street and using foul language’.

Off-screen, Price was heard backing him up by saying: ‘He’s never, ever touched me.’

Woods continued, saying that he ‘didn’t lay a finger on her, didn’t ever coercively control her’.

The couple began dating in June 2020 after meeting at Sheesh, having been set up by a mutual friend, and got engaged 10 months later.

They recently returned from a trip to Thailand where Price showed off the results of her latest boob job.