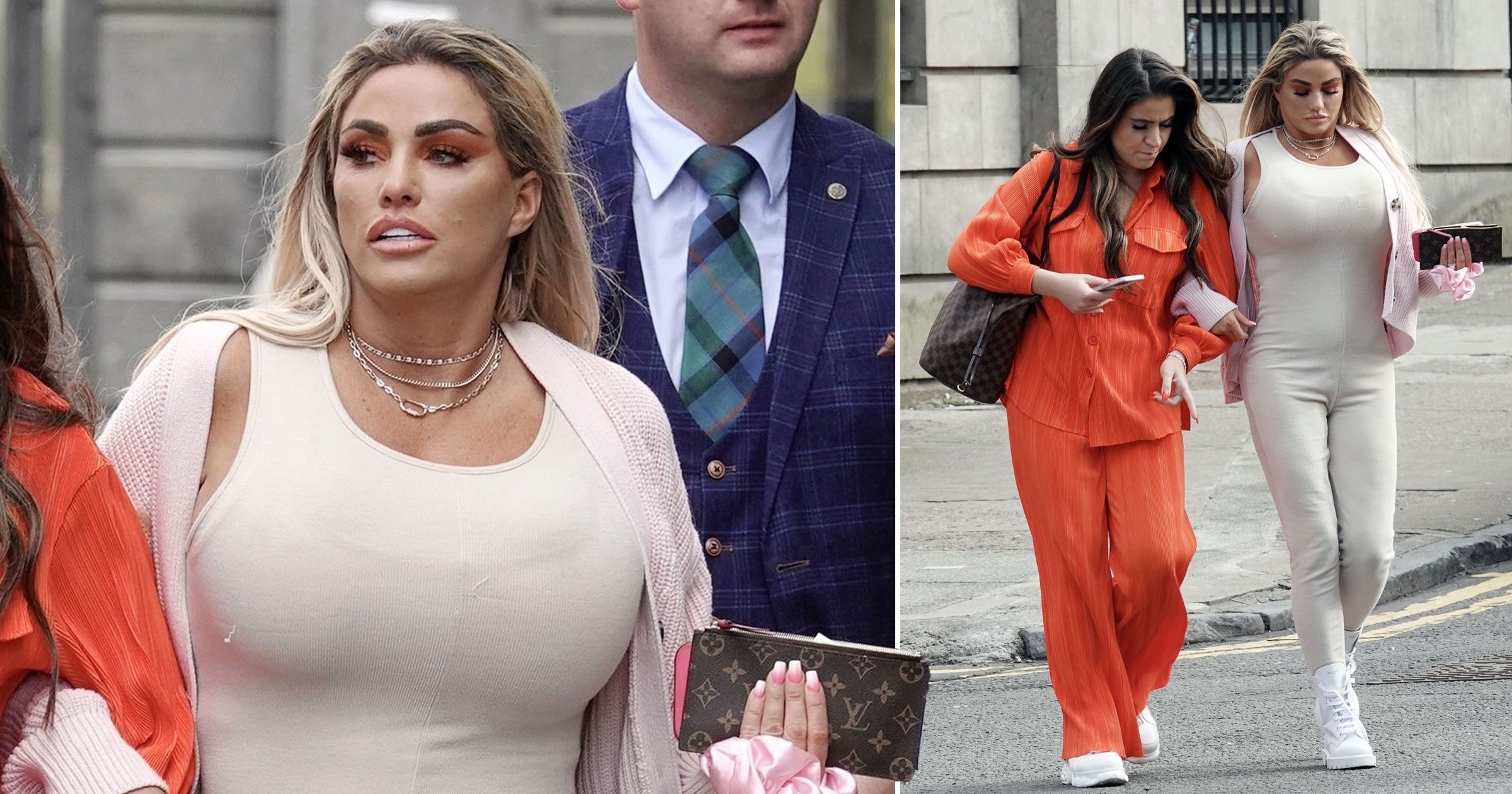 Katie Price has been spotted out and about in a skin-tight catsuit as she headed out of a beauty salon.

The former glamour model linked arms with her business partner and clutched a Louis Vuitton purse as she left the salon in Horsham on Tuesday,

Donning a casual look, she paired the cream catsuit with matching white Louis Vuitton boots and a pink cardigan, as well as some orange eye makeup.

The look comes a few months after Katie underwent her latest boob job, later revealing it was her 24th – she even said her biggest implants are up for sale.

‘They say my 13th boob job more like 24th boob job…. Have to say they are not my biggest, my biggest are in a safe for sale for a million pounds dm for enquiries or email,’ she said at the time.

She previously had them reduced in size, telling The Sun: ‘The first surgery I had was uncomfortable. These boobs have been to America, England, Belgium and now these are Turkey boobs. I’ve just had them reduced.

‘My old implants – I have them in a bag – they were a thousand CC and, Jesus, when I hold them they were really heavy.

‘I think I’ve got 795 in so that is a lot smaller and they feel smaller. I’m so excited because finally I’m gonna be able to wear clothes I don’t look fat in.’

Most recently, Katie and her fiance Carl Woods shut down any reports of a split as they headed out together, with the former model wearing her engagement ring.

In March, it was reported that Katie, 43, and Carl, 33, had broken up 11 months after their engagement, with a source claiming at the time that their ongoing court cases had ‘just added even more stress to the situation’.

However, shortly afterwards the model implied that she and the car salesman were back together by sharing a loved-up snap of her fiancé on social media, seemingly setting the record straight.

Katie has also faced some legal trouble recently, including a ban from driving.