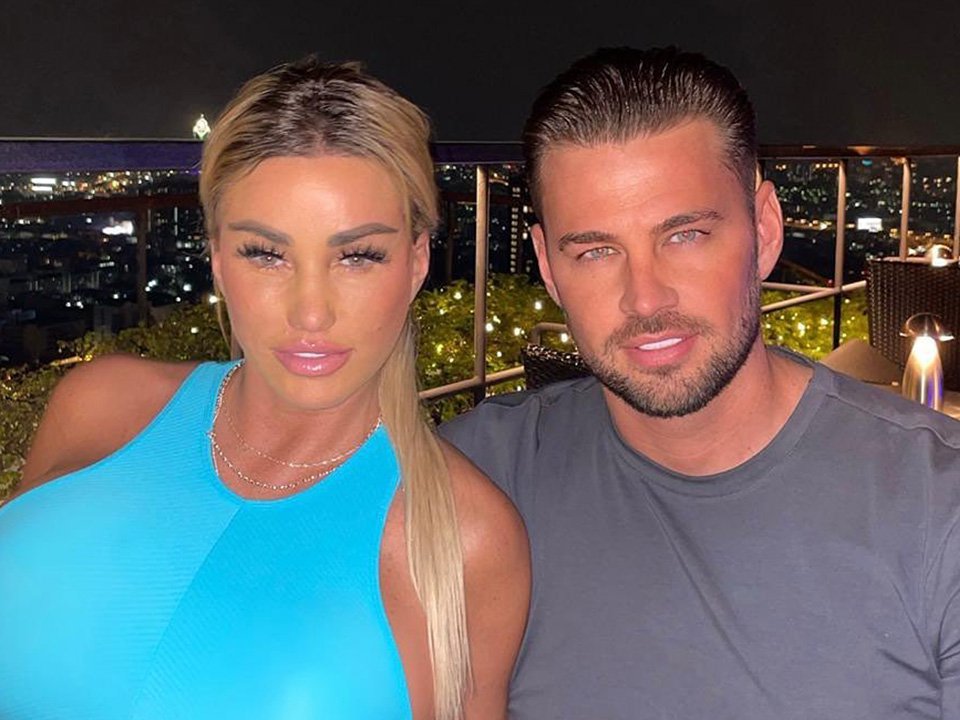 Katie Price has denied she and Carl Woods have split, claiming her TikTok was hacked when a comment appearing to announce their split was posted.

Fans had believed Katie, 44, and Carl, 33, had ended their relationship after a fan commented on one of her videos: ‘You still with Carl?’, and her account appeared to reply: ‘No.’

However, the former glamour model was quick to set the record straight after rumours she ‘confirmed’ their break-up circulated, claiming the comment was posted by someone who hacked her TikTok account.

She posted on her TikTok story: ‘My account was hacked! I want to confirm I’m still with my fiancé Carl Woods,’ as well as a red heart emoji.

The post comes just weeks after Carl shared an angry video hitting back at claims the couple were no longer together.

In a video at Katie’s ‘Mucky Mansion’ home, with the mother of five in the background, Carl told his followers: ‘All of you are full of s**t. Look here she is, I’m still at the f**king house.’

He continued: ‘Why don’t you all just f**k off? Because do you want to know the truth? I’m the best f**king fella she’s ever had.

Carl confirmed: ‘None of you that write this bulls**t actually knows what goes on. I support this woman through everything. I’m the one that gets the flack, no one else.

‘So, no, we haven’t broke up, I’m still at her house so f**k off because you know nothing and you pretend.’