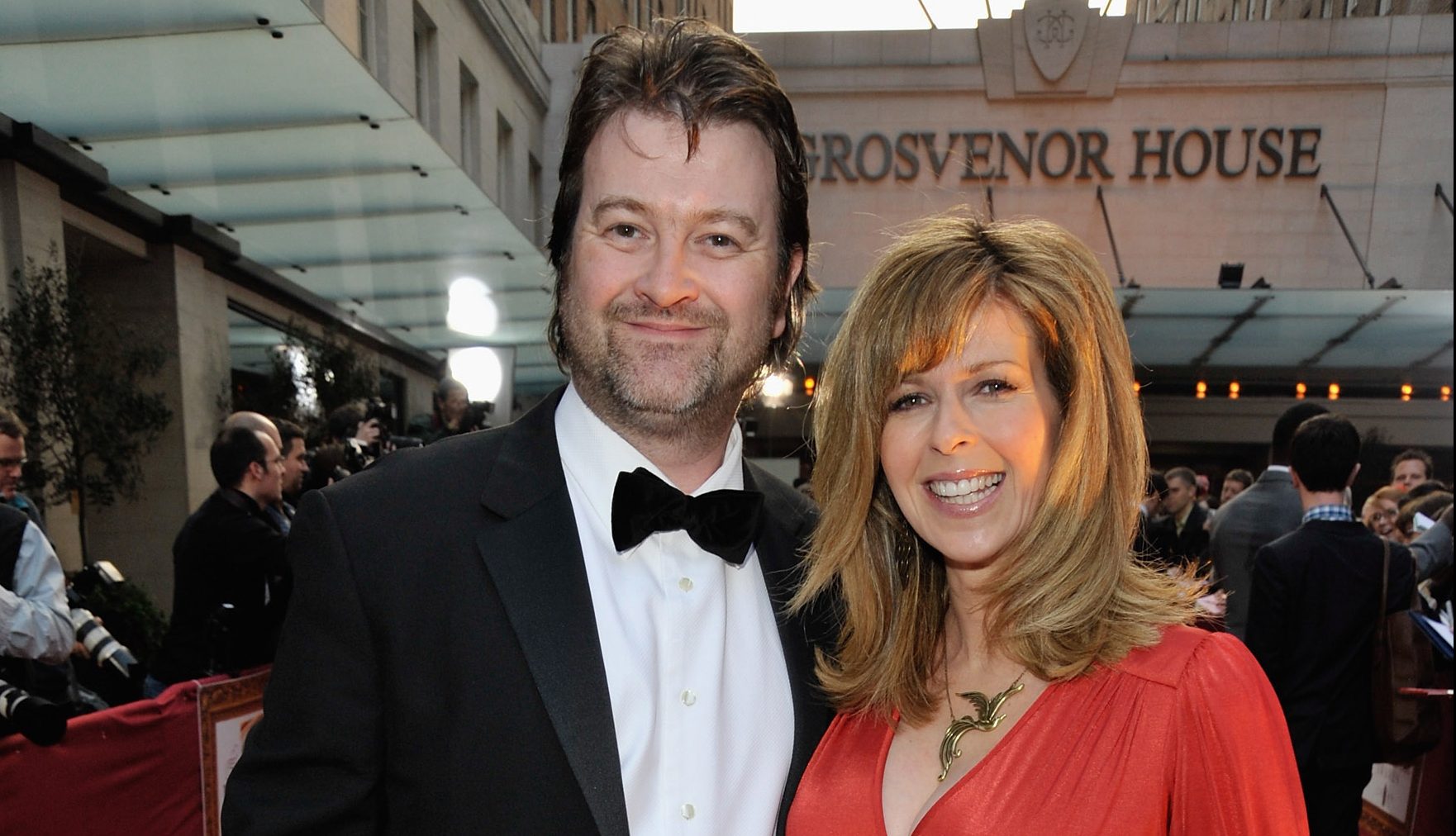 Kate Garraway is preparing to celebrate her 16th wedding anniversary to husband Derek Draper as he remains seriously ill while battling the effects of Covid-19.

Derek spent over a year in hospital after the virus ravaged his body, returning home to his wife and their children William and Darcey in April.

He is receiving round the clock care and still struggles to speak, with Kate – who married Derek in 2005 – recently revealing on Good Morning Britain that he suffers from extreme fatigue.

The TV star apparently hopes the mark the occasion this week but is ‘taking every day as it comes’.

Her close friend Clare Nasir, also a TV presenter, told Closer: ’Kate lives day to day with Derek because she doesn’t know what’s going to happen in 24 hours, let alone further along than that.

‘I’m sure she’s got things she’d want to do, but she doesn’t want to tempt fate. That’s why her anniversary will be so bittersweet – planning is so hard.

‘She lives everyday as it comes because something unexpected could happen at any moment with Derek’s condition.’

Clare previously praised the TV presenter for how she has ‘stayed so strong and positive’.

She shared with Closer earlier this year: ‘Kate doesn’t think of the negatives or of how unlucky her situation is – she more thinks, “Wow, he’s survived when so many haven’t”.

‘It’s incredible – and that strength has filtered down to her kids so that they can be as strong as possible, too.

‘We’ve all just been in awe of her. There have been times we’ve worried when we couldn’t get hold of her – we make sure to have one person in touch with her at all times.

‘But it’s always that she’s been too busy with work or home life – it’s how she keeps going.’

Opening up about Derek’s condition on Good Morning Britain recently, the radio host shared he sleeps for 20 hours a day and finds talking difficult.

‘The fatigue Derek has, I know he’s an extreme case, but Derek is sleeping 20 out of 24 hours a day. He has 10 minute windows. It’s not just feeling a bit tired. He goes white, pale, and it’s like everything shuts down.’

Kate and Derek met through a mutual friend in 2004 before tying the knot on September 10 the following year.

The broadcaster recalled their first meeting to The Times in 2019, saying she ‘ignored’ him to start with.

‘He asked me out, but the day of our date called to say he had a clash: he’d promised to serve wine at an amateur watercolour painting exhibition at his church,’ she said.

‘I really thought it was a wind-up. But I turned up and he was indeed serving wine to the congregation in a salmon-pink jumper.’