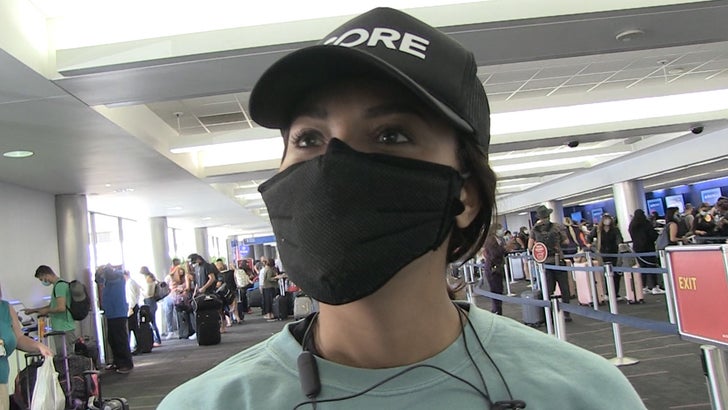 Kat Graham just sucked the air out of the room for ‘Vampire Diaries’ fans … ’cause she’s NOT down to bring it back, despite an off-screen reunion with BFF, Nina Dobrev.

We got the ‘Vampire Diaries’ star at LAX, and had to ask if her recent meetup with Nina rekindled any old costar feelings — ya know, possibly a reboot? That’s certainly what fans of the hit WB drama were thinking when they saw Kat and Nina chilling.

Welp, despite the fact she and Nina posted some touching words about their friendship — inadvertently fueling the reboot frenzy among fans — Kat shot down the idea pretty hard and fast.

Check out the vid … Kat says Nina would probably agree with her that they’re not looking to go back to that well. When we told her the answer’s going to break tons of hearts, she scoffed and explained … true ‘TVD’ fans should know by now the cast remains tight years after the finale.

Not only are Kat and Nina — who played BFFs Elena and Bonnie — still tight, so are the show’s on-screen brothers, Paul Wesley and Ian Somerhalder. Case in point, earlier this year they launched their own liquor brand, Brother’s Bond Bourbon.

Sorry, fans … you’re just gonna have to drink to the cast’s friendship. For now.