The Kardashian-Jenner family has become one of the world’s most famous families through the years. The women in the family have always been extremely close, despite massive careers that could have easily caused them to drift. Though the family, as a whole, looks alike, fans were shocked when they realized two surprising family members have an almost uncanny resemblance. 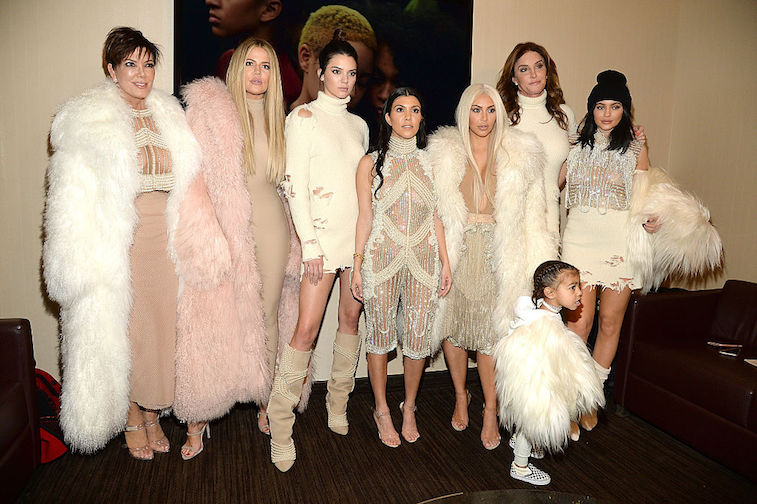 Ever since Keeping Up With the Kardashians premiered back in 2007, fans have grown to love the Kardashian-Jenner family. And it’s no secret that the two oldest daughters, Kim and Kourtney Kardashian, have always resembled one another. The women both have dark hair and dark eyes, especially when compared to their mother, Kris Jenner, and their younger sister, Khloé Kardashian. Kim and Kourtney were the closest siblings growing up, too, and fans have always generally felt that the two of them look have the most similarities in appearance.

You know what they say: Diamonds by @KKWFRAGRANCE is a girl's best friend 😉💎 so excited to announce that our 3 sparkling scents, & 3 luxe diamond bottles are now available at @ultabeauty store now! Shop them for $40 in Ulta Beauty! #ultabeauty

Khloé doesn’t resemble her two sisters. She has a lighter complexion, lighter hair, and lighter eyes than Kim and Kourtney. For years, Khloé has been battling family rumors ranging from having a different father than her other siblings to being adopted. Though she has always denied them (and has even gone so far as to take a DNA test to prove her relation to the family), the theories have stuck around for years. But after a recent family event, it’s clear she shares a resemblance with someone else in the family.

Our season finale of Keeping Up With the Kardashians airs tonight on E! This dinner where we all dress up and act like each other is legendary! You don’t want to miss it!

Kris sported a blonde wig and big, puckered lips in the photo Kim posted. Meanwhile, Khloé copied an exact look Kris had worn in the past, complete with the dark-haired wig and a very similar outfit. She posted a photo of the two women side-by-side to her Instagram.

The women have seen some drama on this season of ‘KUWTK’

Though this season of KUWTKmight have ended, there is already a lot to look forward to in season 18.The women hit a bit of a rough patch this season with Kourtney wanting to quit theshow, so fans will have to see how everything unfolds down the road. Plus,Khloé recently hinted that the show couldbe coming to an end sometime soon. Will season 18 be the last? We’ll haveto stay tuned.