Kanye West is burying his head in the bag when it comes to dressing for L.A.’s scorching heatwave — and could probably learn something from his new girl.

Ye was rocking full balaclava headgear while tooling — and sweating, we imagine — around town Tuesday while temperatures ranged from 90 to over 100 degrees. Looks like he’s got a few of these, because this one was kinda camo-colored, and we saw him in a blue one last week.

We know he’s a designer extraordinaire, but there’s gotta be a cooler way to ride out the summer!! 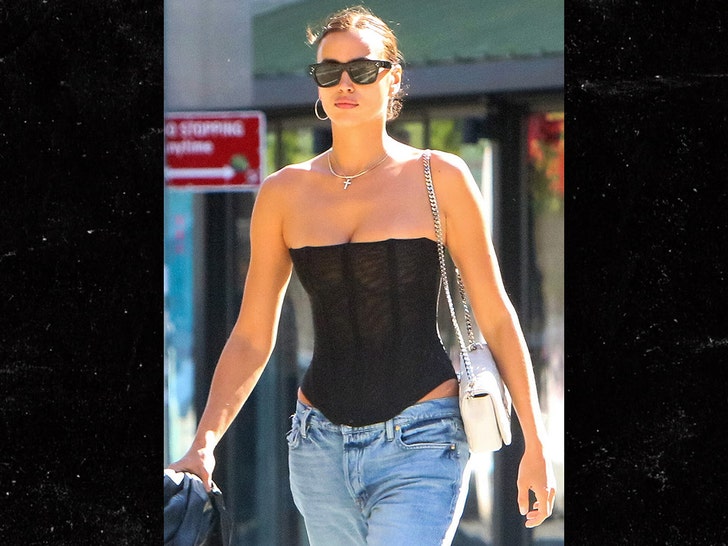 For instance, Kanye’s supermodel GF, Irina Shayk, seems to know exactly how to beat the heat and still look great.

Irina’s in New York City, where it’s about 10 degrees cooler than L.A. but still hot, and she dressed for the weather Wednesday wearing a bustier and blue jeans. She’s definitely not the bag-over-the-head type, so please don’t give her any ideas, Kanye.

As we first told you … Irina and Ye have been dating in the wake of his divorce from Kim Kardashian. They jetted off to France last week for his 44th birthday, and we’re told they’ve been seeing each other since at least April.

At least Kanye’s not wearing his new $200 YEEZY Gap Round jacket in this heat — but maybe the blue long sleeve tee he was wearing might be the next Gap piece to drop.