Kanye West Suspended From Posting on Instagram for 24 Hours 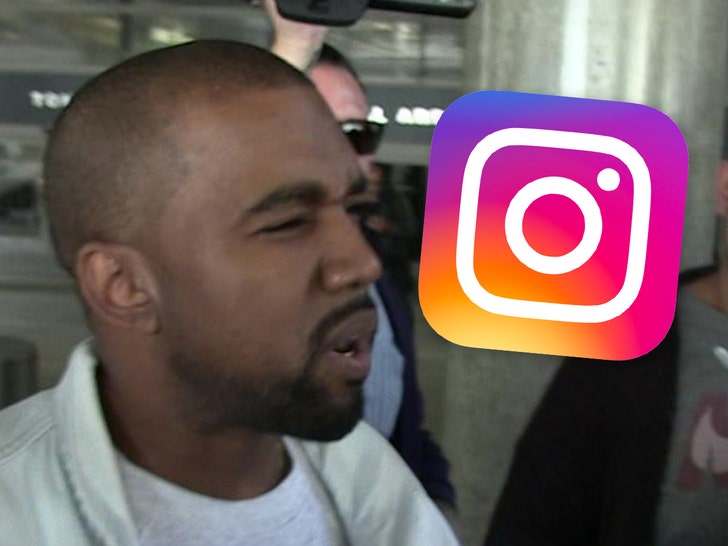 Kanye West is being put in Instagram timeout after going after Kim, Pete, Pete’s writing partner and a racist attack on Trevor Noah.

A spokesperson for Meta tells us Kanye’s recent posts violated Instagram’s policies on hate speech, harassment and bullying. As a result, we’re told his account has been suspended for 24 hours — where he won’t be able to post, comment, send DM’s, among other things.

If you look on Kanye’s page, at least one post has been deleted already, where Yeezy repeatedly hurled racial slurs at Trevor Noah.

As you know … Kanye’s been lashing out at more than just Trevor on social media, he’s also posted and deleted a bunch of dirty laundry about estranged wife Kim Kardashian and her new boyfriend Pete Davidson, plus D.L. Hughley.

In all honesty, it’s surprising it’s taken this long … but supposedly the previous attacks — some of which could’ve been perceived as threats — just weren’t enough.

Yeezy wouldn’t be the first big name to get the boot from Mark Zuckerberg‘s app … remember, Kanye’s good friend Donald Trump got the heave-ho in the wake of the Jan. 6 riots.