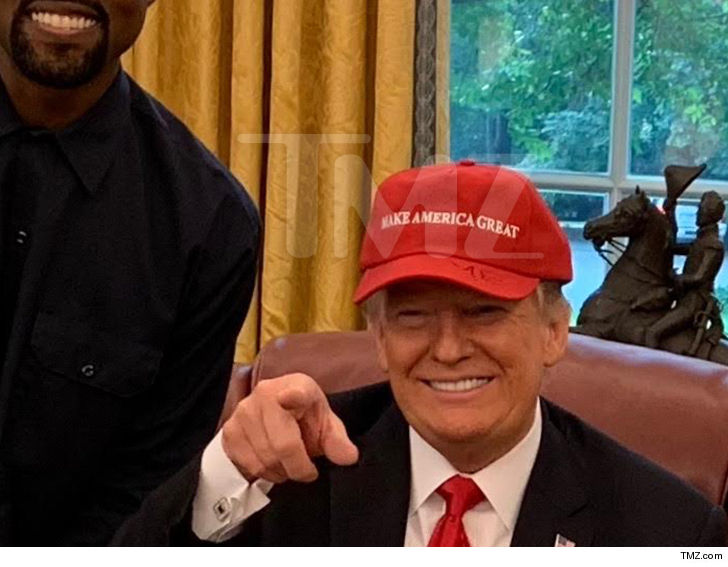 Kanye West may have heard the outcry over his MAGA hat, because we found out he changed it up after the media left the Oval and gave Trump a cap, sans the word, “again.”

Check out the embroidery on the hat the Prez is wearing  … “Make America Great.” Kanye tells us it’s an acknowledgment America needs work. It also seems to do away with the concept Obama screwed up the country — although it’s unclear if Trump agrees with that sentiment. Ye says he lobbied Trump during lunch on prison reform, manufacturing and other issues toward that end.

He says he told Trump he was going to create a factory in Chicago called Larry’s — as in Larry Hoover, the Chicago gang leader who’s serving 6 life sentences for murder — and says he’ll hire former inmates to manufacture the Make America Great hats, among other items. 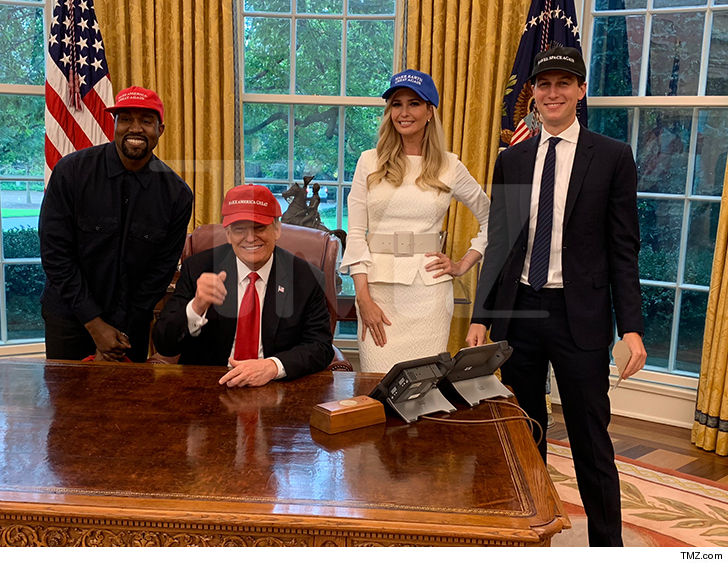 Ye was wearing a MAGA hat, because he says he only brought one hat without the word “again” but says he’ll also start wearing the new version. 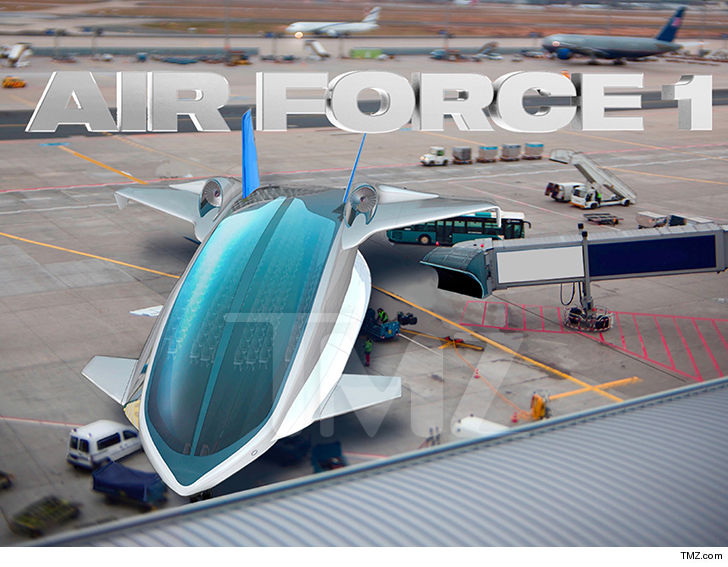 He also brought hats for Ivanka and Jared Kushner — hers reads “Make Earth Great Again” and his says “Travel Space Again.” Kanye showed Trump his concept idea for a new Air Force 1 too.

He also gave Trump a pair of Yeezys, size 12. He says his staff asked Trump’s people for his shoe size in advance. BTW … Yeezys usually run half a size small.