Kanye West loves fashion, that’s for sure. But even for him this is a next-level move!!

The Chicago-born rapper and his new girlfriend, actress Julia Fox, broke the internet in their own way on Thursday with a new photo shoot for Interview magazine. In the spread, titled “Date Night,” Fox’s byline appeared on a couple paragraphs of text explaining her recent connection to Ye and their very public last couple of outings.

Of course, we’ve already been reporting quite a bit on the new couple’s romantic fling, but the actress delivered a bit more insight into how things played out. To begin the piece, she explained how she met Ye on the final day of 2021 and immediately vibed with his energy and personality (below):

“I met Ye in Miami on New Year’s Eve and it was an instant connection. His energy is so fun to be around. He had me and my friends laughing, dancing, and smiling all night. We decided to keep the energy going and fly back to New York City to see Slave Play. Ye’s flight landed at six and the play was at seven and he was there ON TIME. I was impressed. After the play we chose to do dinner at Carbone which is one of my favorite restaurants. Obviously.”

Isn’t Carbone one of Kim Kardashian‘s faves too??

Anyway, Fox continued from there, recalling her “Cinderella moment” upon discovering Ye had set up a photo shoot and procured for her an entire closet full of new clothes for an impromptu modeling sesh! The Milan-born actress revealed:

“At the restaurant, Ye directed an entire photo shoot for me while people dined! The whole restaurant loved it and cheered us on while it was happening. After dinner Ye had a surprise for me. I mean, I’m still in shock. Ye had an entire hotel suite full of clothes. It was every girl’s dream come true. It felt like a real Cinderella moment. I don’t know how he did it, or how he got all of it there in time. But I was so surprised. Like, who does things like this on a second date? Or any date! Everything with us has been so organic. I don’t know where things are headed but if this is any indication of the future I’m loving the ride.”

Damn! You’ve only had a couple dates! And you’ve gotta see the photo set coming from Interview‘s viral piece, too!

Here is a quick look at some of the snaps taken during Ye’s meticulously thought-out photo shoot and exclusive fashion event for the Uncut Gems star:

…And one more, for good measure:

Obviously, this whole thing is very interesting to us: those are some amazing gifts, and it’s a very well-thought-out spread that no doubt must have been a great surprise. Ye LOVES fashion, and he’s not afraid to go in on a woman’s wardrobe, sometimes to amazing success.

But are there red flags here too?? Like, is Ye just showing his true colors early as a controlling boyfriend who wants to decide what his partner wears at all time?! Because that’s problematic!

Or instead of love-bombing to a concerning degree, is there an ulterior motive that’s arguably even worse: him trying to get under his estranged wife’s skin in a very public way?? And thus, this whole photo shoot isn’t even about any connection to Julia, but rather his ongoing PR battle with estranged wife?!

After all, Kanye did do something very similar with the KUWTK star back when they first got together. And it hasn’t been lost on fans that Fox’s new fashion sense is in many ways remarkably similar to Ye’s former influence on the KKW Beauty founder. Just saying!!!

We’d love to hear what U think about this situation, Perezcious readers! Sound OFF with your thoughts on Ye and Fox (and Kim!) down in the comments (below)!

And you can see the full Interview‘s “Date Night” piece HERE! 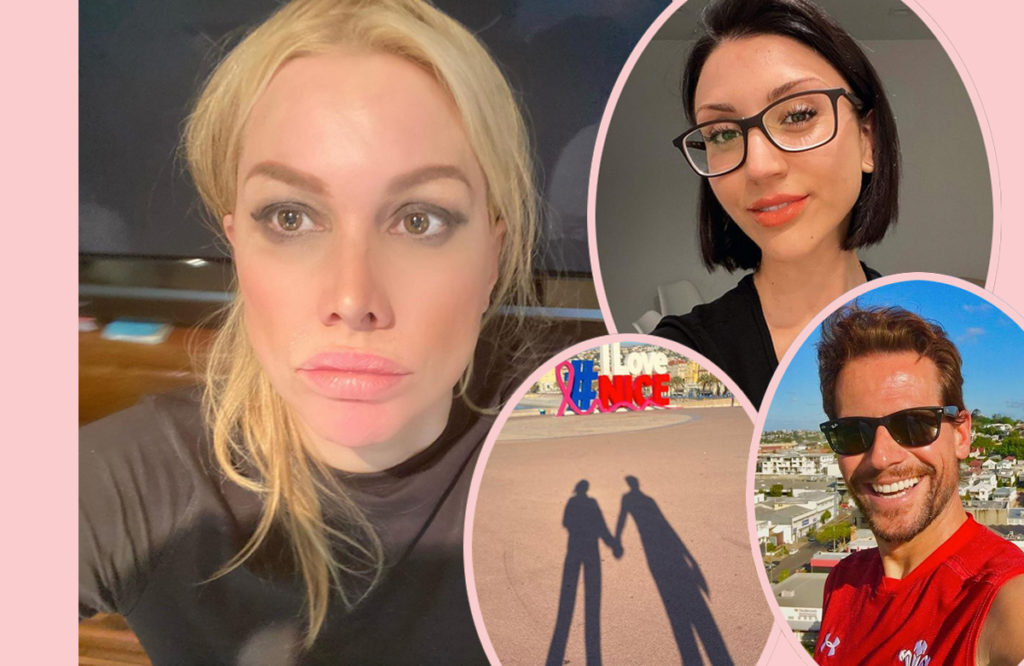 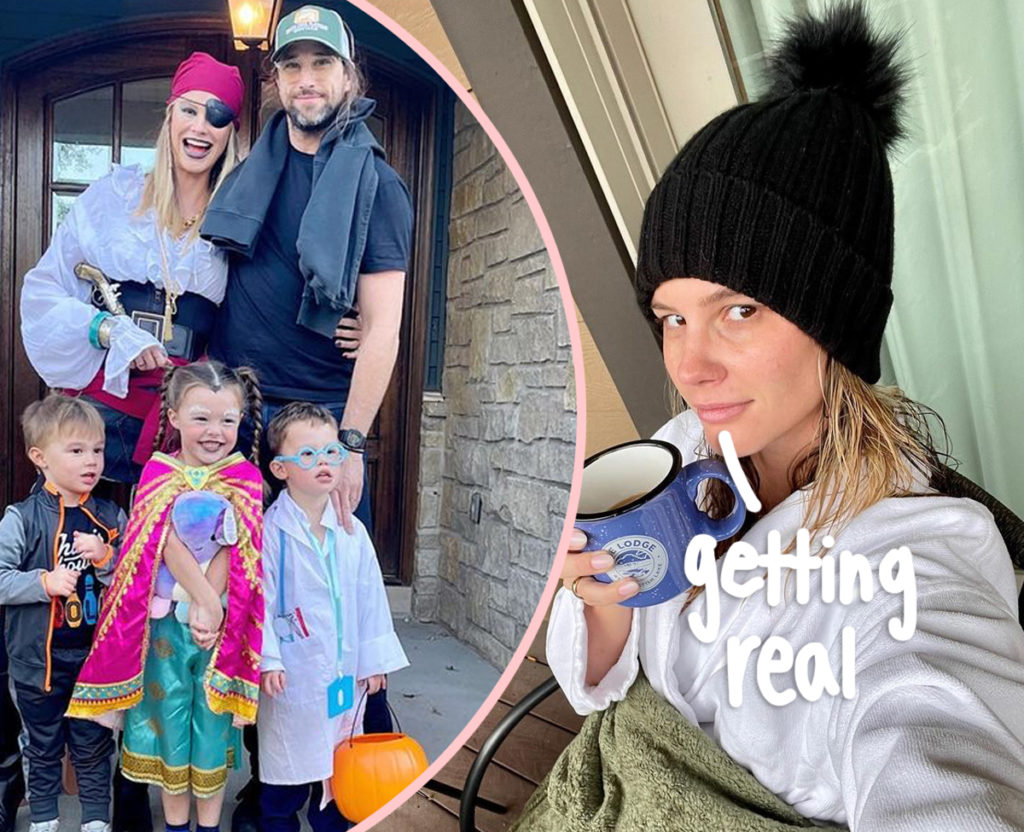 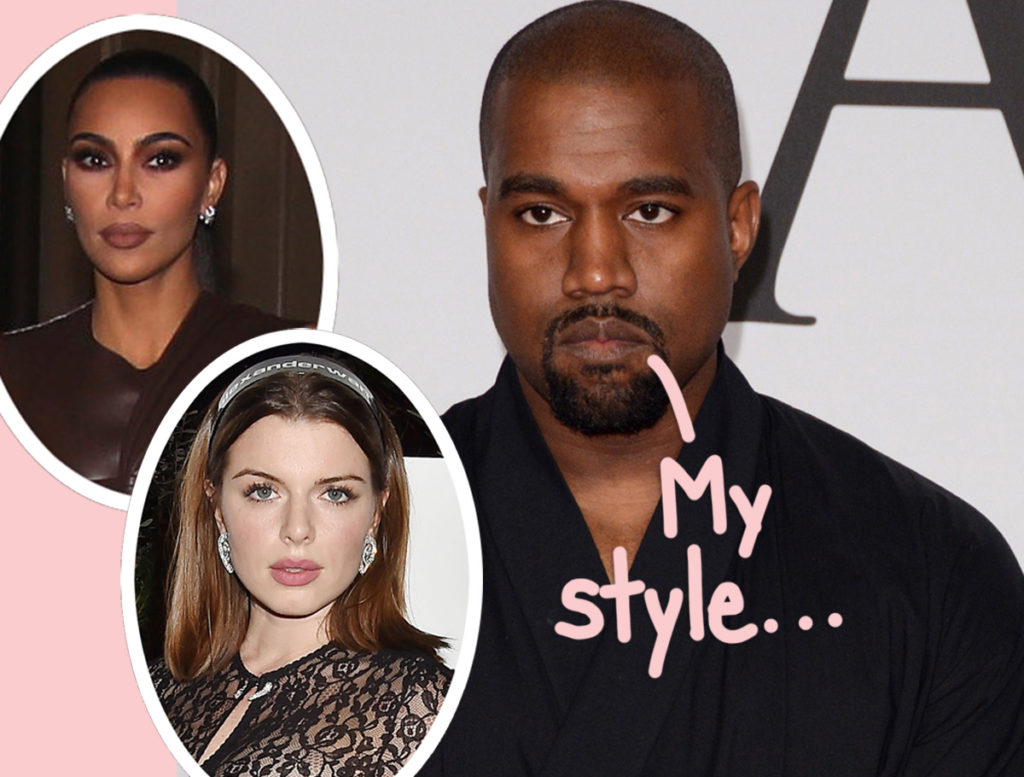 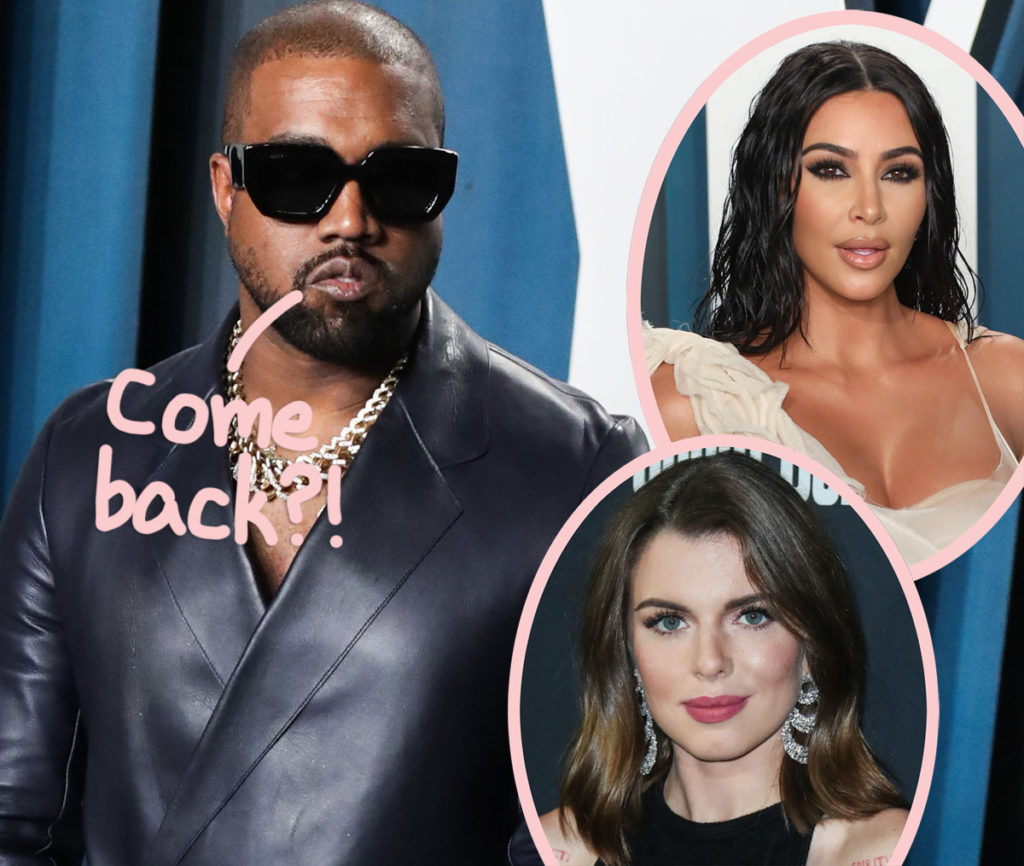