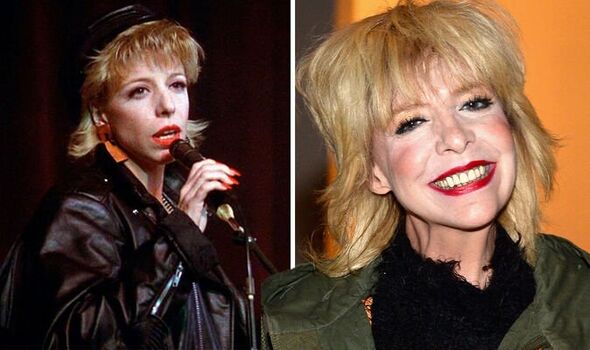 Julee Cruise, the Twin Peaks theme song musician, of Iowa, died on June 9, her husband revealed in an emotional Facebook post. The singer, who is best known for her work with David Lynch, has died at the age of 65.

In an emotional tribute, her husband Edward Grinnan penned on Facebook: “She left this realm on her own terms. No regrets. She is at peace.

“I played her [B-52’s song] Roam during her transition. Now she will roam forever. Rest in peace, my love.”

Julee was best known for her track Falling which became the theme tune of Twin Peaks.

The 90s drama series was created by David and Mark Frost.

David wrote lyrics for Julee’s vocal version, which reached No 7 in the UK charts, was a hit across Europe, and topped the Australian singles chart.

It was included on her debut album Floating Into the Night, released in 1989.

In 2018, she described herself as Lynch’s “little sister” when she was quizzed about their relationship.

Tributes have since poured in for the beloved musician on social media.

Electronic musician Robin Rimbaud, who performs under the name Scanner, said: “Farewell today to the magical Julee Cruise whose voice enveloped the dreamy and surreal mood of David Lynch’s work in the 1980s and early 1990s, including Blue Velvet and Twin Peaks.”