Joy-Anna Duggar and her husband Austin Forsyth shared a joint message about Josh Duggar’s child pornography ‘accusations’ and revealed it ‘saddens’ them to their ‘core.’

Josh Duggar‘s sister Joy-Anna Duggar, 23, and her husband Austin Forsyth, 27, are speaking out about his child pornography charges for the first time as he awaits his trial. The reality stars shared the same message to their Instagram stories on May 8 and it revealed how “heartbroken” they are about the situation and also asked for “prayers.”

“The recent accusations brought against Josh sadden us to our core,” their message read. “We have not wanted to be hasty in making any statements while trying to process the news ourselves. We are especially heartbroken by the reality that there are children in the world being harmed and exploited.”

“We ask for prayer for all those involved, and it is our continued prayer that the truth comes to light,” it concluded. 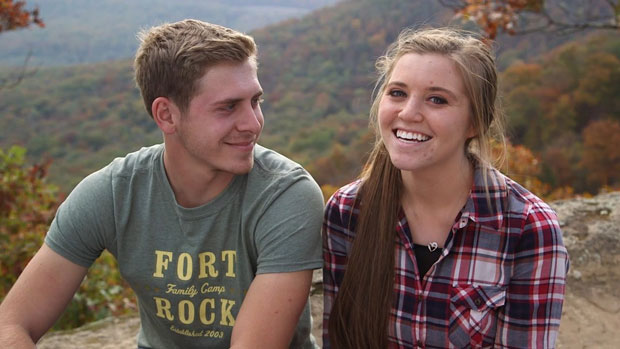 Joy-Anna and Austin’s message comes after Josh, 33, was arrested on Apr. 29 and eventually pleaded not guilty to two charges brought against him, including one count of receipt of child pornography and one count of possession of child pornography. He was released from jail on May 6 and was filmed leaving the Washington County Detention Center in Fayetteville, Arkansas, where he was being held, by news cameras. One day before his release, a judge ruled that he must remain with third party custodians and “close friends”, Lacount and Maria Reber, and must stay in their home with GPS tracking.

He was also given “unlimited contact” with his six children, including Maryella Hope, 17 months, Mason Garrett, 3½, Meredith Grace, 5½, Marcus Anthony, 7½, Michael James, 9½, and Mackynzie Renée, 11, as long as his wife Anna Duggar, 32, who’s pregnant with their seventh child, is present. He may not, however, see any other minor child while waiting for his trial, including his many nieces and nephews.

If he’s convicted, Josh faces up to 20 years in prison and fines that can equal $250,000 on each count, which means he could end up spending 40 years behind bars and paying a total of $500,000, according to a press release in the U.S. Attorney’s Office in Arkansas. His pretrial hearing is set to happen on July 1 and his trial will begin on July 6.