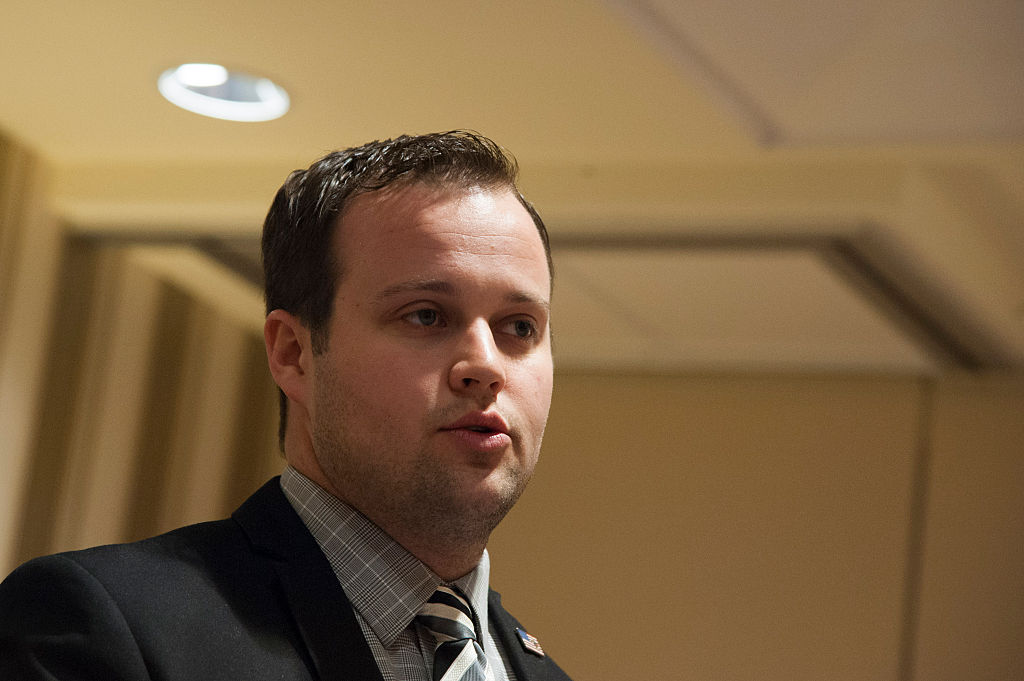 The 19 Kids and Counting star appeared over Zoom from Washington County Jail at his federal detention hearing on Wednesday.

He is charged with receiving and possessing child pornography. If found guilty, he faces up to 20 years of imprisonment and fines up to $250,000 (£179,810) on each count.

His computer was seized during a raid in 2019 at his office at his car dealership.

Homeland Security Investigations Special Agent Gerald Faulkner, testifying in court, described the images as ‘in the top five of the worst of the worst that I’ve ever had to examine.’

Duggar is best known for his appearances on 19 Kids And Counting and Counting On and is the eldest child of Michelle and Jim Duggar’s 19 children.

In 2015, it was revealed that Duggar was accused of molesting multiple underage girls when he was 14 and 15-years-old.

‘Twelve years ago, as a young teenager, I acted inexcusably for which I am extremely sorry and deeply regret,’ Duggar said in a statement at the time.

‘I hurt others, including my family and close friends. I confessed this to my parents who took several steps to help me address the situation.

‘We spoke with the authorities where I confessed my wrongdoing, and my parents arranged for me and those affected by my actions to receive counseling. I understood that if I continued down this wrong road that I would end up ruining my life.’

Duggar’s arrest comes just a week after he and his wife, Anna, announced they were expecting their seventh child together.

The couple has been married since 2008 and are parents to six children; Mackynzie Renée, Michael James, Marcus Anthony, Meredith Grace, Mason Garrett and Maryella Hope.