Johnny Depp thanks 'treasured supporters' in first TikTok to 4,000,000 followers

Johnny Depp has shared his first TikTok after joining the social media platform, thanking his ‘most treasured, loyal and unwavering supporters’ as he shared a montage of clips from his life over the past few weeks.

The star, whose follower count has now leapt to four million in a matter of hours, wrote alongside the upload: ‘To all of my most treasured, loyal and unwavering supporters. We’ve been everywhere together, we have seen everything together. We have walked the same road together.

‘We did the right thing together, all because you cared. And now, we will all move forward together.

‘You are, as always, my employers and once again I am whittled down to no way to say thank you, other than just by saying thank you. So, thank you.’

The video, set to the Love Joys’ track Stranger, begins with footage of fans waving and holding banners outside the court in Virginia, where he won his defamation case against ex-wife Amber Heard. 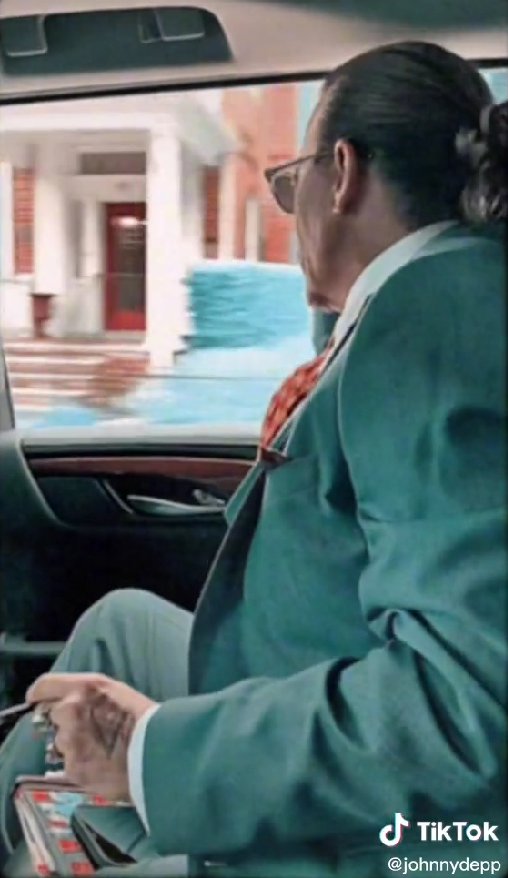 He also shared clips of himself rocking onstage with musician pal Jeff Beck during his UK tour, as well as practising backstage as they fine-tuned the set list.

In less than an hour of his posting the TikTok, Depp had amassed one million views of his clip and more than 420,000 likes.

The Fantastic Beasts and Where to Find Them actor quietly joined the booming social media website in recent days and is verified, but took a pause before posting for the first time.

His bio reads ‘occasional thespian’, perhaps a nod to his halted acting career, and, as per E!, he had 800,000 followers on Monday – a number which has more than quadrupled in 24 hours.

Following the explosive six-week trial that unfolded between him and Heard, it appears the Pirates of the Caribbean star seems keen to rejuvenate his career and remain in the spotlight.

Depp sued Aquaman star Heard for $50million (£39.8m) over a 2018 op-ed she wrote in the Washington Post, which did not mention him by name, titled: ‘I spoke up against sexual violence — and faced our culture’s wrath. That has to change.’

Last week, the jury confirmed that they had unanimously reached a verdict, awarding Depp $10m (£8m) in compensatory damages, and a further $5m (£4m) in punitive damages.

Heard won one of her three defamation countersuit claims against Depp, and was awarded $2m (£1.6m).

Her lawyer has since revealed that she is ‘absolutely not’ able to pay the $8m in damages to her ex-husband, due to her career also being halted, while her sister Whitney spoke about standing by Heard after the defamation trial result, adding that she’d testify ‘a million times over’.

Meanwhile Depp has flown to the UK to support musician Jeff Beck on his UK tour, as the pair revealed plans to release an album together in July.