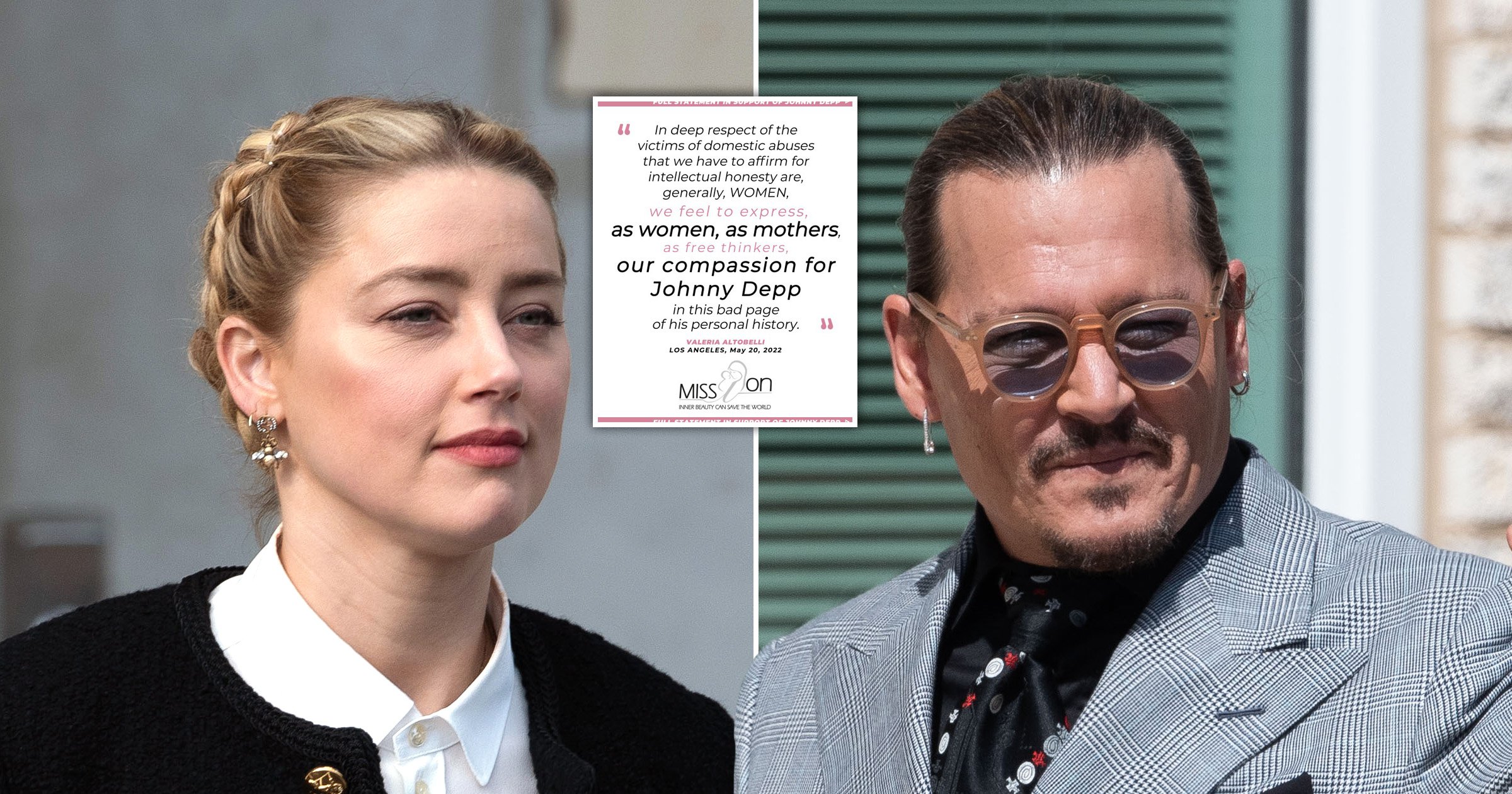 Johnny Depp has been supported by a women’s abuse organisation fronted by a former Miss Italy amid his libel trial against Amber Heard.

Depp, 58, has brought the current court case against Heard, 36, suing her for $50million (£40million) after claiming she defamed him in a 2018 op-ed stating she was the survivor of domestic abuse.

The actor was not named in the article and Heard is countersuing.

Valeria Altobelli, founder of the organisation, said in a statement: ‘Violence is a serious topic.

‘As women, as mothers, we have the duty and the responsibility to educate our sons and daughters, that’s to say, the Future Generation, in the light of the values of dialogue, respect and compassion between men and women, without any gender distinction, in order to prevent violence with the weapons of love and education.’

She added in the statement shared on social media: ‘In deep respect of the victims of domestic abuses that we have to affirm for intellectual honesty are, generally, WOMEN, we feel to express, as women, as mothers, as free thinkers, our compassion for Johnny Depp in this bad page of his personal history.’

Mission NGO describes itself as a non-profit organisation supporting women and children worldwide.

It’s not the first time Altobelli has supported Depp – in 2021 she was spotted on the red carpet ahead of the Johnny Depp masterclass during the 19th Alice Nella Citta, an international film festival in Italy.

The Depp and Heard trial is ongoing, with both actors having testified.

The massively public trial, which is being livestreamed across the world, has seen fans of Depp waiting outside the court with signs and gifts for the actor.

On Tuesday, following cross-examination on the stand where she denied assaulting her ex-girlfriend and accused Depp of a ‘smear campaign’ against her, Heard was led out of the court with a police escort.

Another charity previously spoke out about the trial, slamming the ‘circus’ surrounding it.

Speaking to Metro.co.uk, Ruth Glenn – the CEO for the National Coalition Against Domestic Violence (NCADV) – shared her worries for what it could mean for the future.

‘I think that this particular case, like some that have come before it, and particularly because it is not a criminal case, can certainly have a chilling effect,’ she told us.

‘Particularly for those who live in a high profile world, to come forward and say, “I’ve been abused”, or “I think I’ve been abused and how do I even think about coming forward when I may be the subject of ridicule?” “I may experience backlash from the other party’s supporters”, the list goes on and on.

‘Take that as just a small example of what those who don’t aren’t high profile might be experiencing when they think about coming forward. So the ripple effect, and the chilling effect, will be felt, absolutely.’