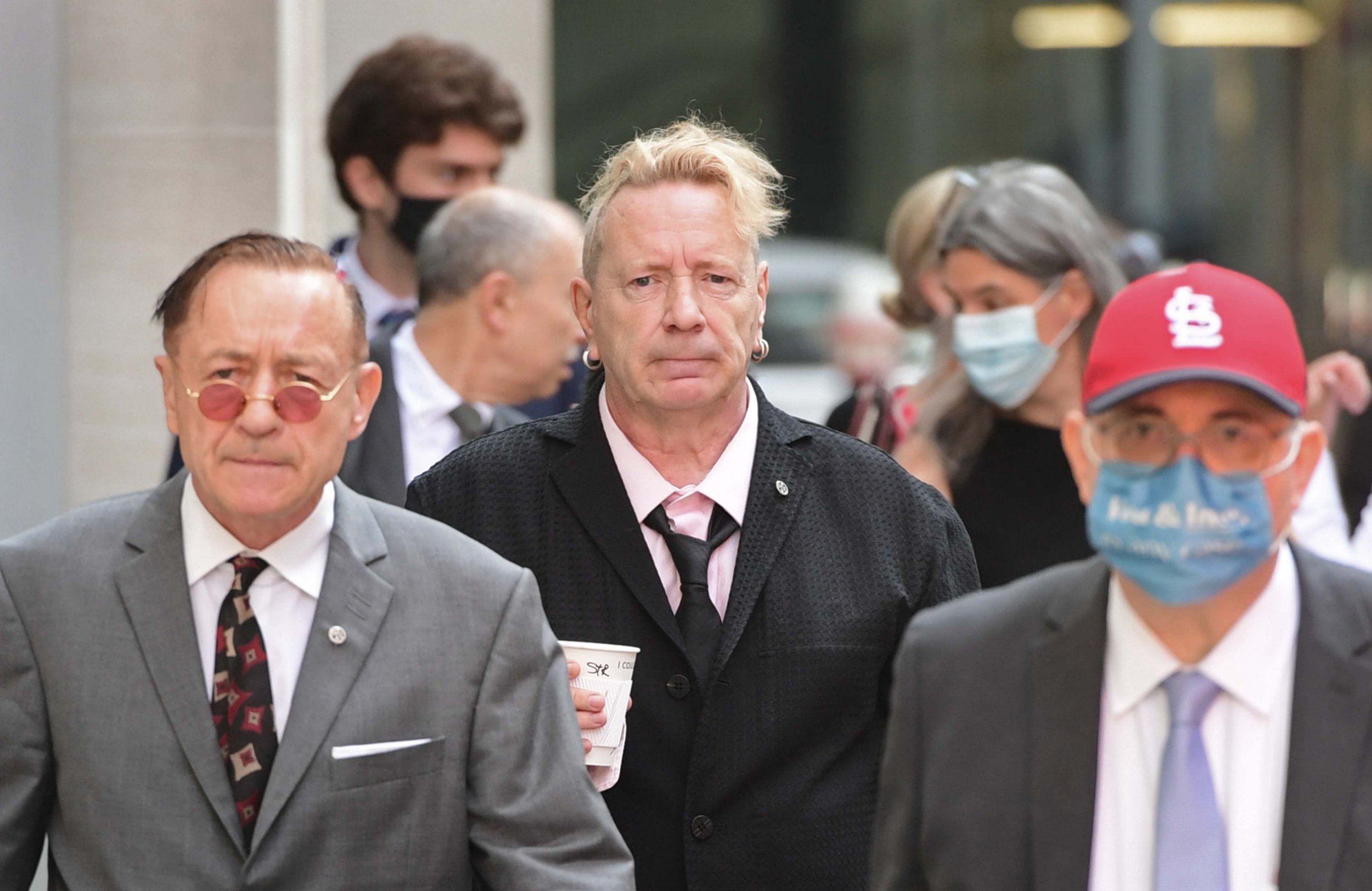 John Lydon has had his say in court as he and the rest of the Sex Pistols remain at loggerheads over the use of their music in an upcoming TV series.

Lydon, who was better known as frontman Johnny Rotten, told the High Court that ‘no money in the world is worth a lie’ while giving evidence about objecting to the use of the band’s music in an episode of Netflix drama The Crown.

While the current court case has been brought by former bandmates Paul Cook and Steve Jones about Lydon’s refusal to let them use the band’s music in upcoming series Pistol, directed by Danny Boyle, Lydon referenced a previous time he objected to the use of their songs.

Giving evidence, he claimed that The Crown producers wanted to ‘distort the history of the day’ after claiming they wanted to depict him as a ‘political protester’ at the Queen’s Silver Jubilee in 1977, which he says ‘simply didn’t happen’.

On the day, the band had performed some of their hits, including God Save The Queen, on a boat on the Thames but Lydon claims the series wanted to portray protests that didn’t happen in reality.

Lydon told the court: ‘The plots of the show, The Crown, with this particular issue was changing the history of the time. Absolutely rewriting it.

‘They wanted some voting scene, something related to me talking about everybody should vote and then tried to turn that into an issue in this drama programme where I would be lining up to vote and that’s not relevant to it at all.

‘The producers agreed to use film footage of the boat trip instead. But the story that they presented with the Queen in despair in her carriage, and all those ugly scenes on the streets of crowds fighting and chucking bottles, whilst others were celebrating the Queen.

‘Nobody was rioting and here is my real serious problem with it. This never happened. This is a lie to history, it’s a lie about history, of the Sex Pistols’ history, and so I am always going to find that as an issue you cannot compromise on.

‘If you allow this to happen you are allowing people to alter and rewrite your history, thus making your real history a lie by the contradiction supporting that and accepting money for that, that’s something I could never be a party to.

‘I cannot compromise in selling my integrity. I know what’s what and far too often it’s the examples in the press and the media of history being rewritten that causes real damage to the truth.’

He added that the proposed storyline was a ‘very adverse interpretation of the history of the Jubilee. There was no bricks and bottles thrown at the Queen. It’s a lie’, and the offer was later pulled by the production.

Lydon then told the court that he did not want the Sex Pistols to be ‘selling our soul just so other people can laugh at our history and take it off us – no money in the world is worth a lie’.

The former frontman has also tried to stop the use of the band’s songs in Pistol, which is a six-part series based on a memoir by Jones, slamming it as the ‘most disrespectful s**t I’ve ever had to endure’.

Jones and Cook are that, under the terms of a band member agreement made in 1998, decisions regarding licensing requests can be determined on a ‘majority rules basis’, while Lydon argues that licenses can’t be granted without his consent.

Earlier in the week, Cook told the court that the band was ‘probably’ gone for good following the bitter court battle.

The hearing continues on Thursday with live evidence from witnesses called on behalf of Lydon and will conclude on Tuesday next week with closing submissions.