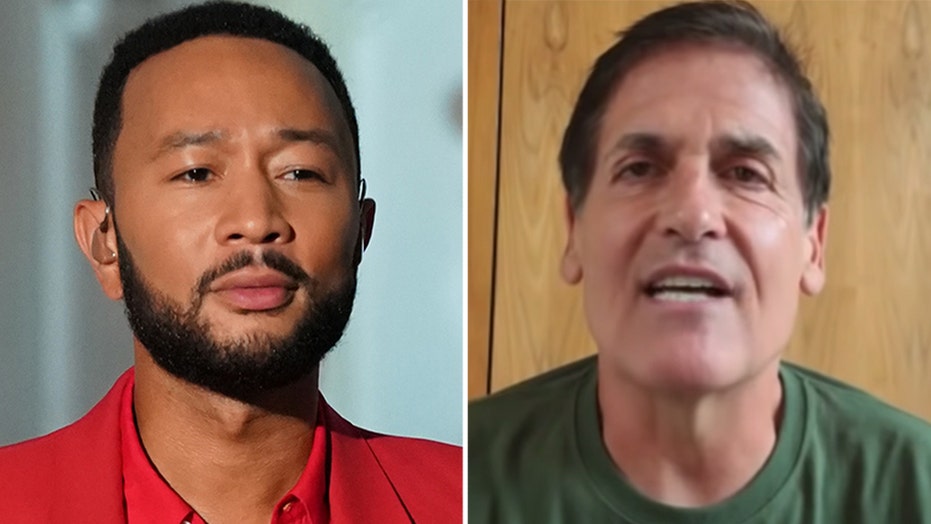 John Legend got into a lengthy spat with Mark Cuban on Thursday after the billionaire suggested people donate money to local food banks instead of the highly-contested Senate run-off races in Georgia.

The double contest set for January 5 is expected to be a political showdown as the balance of power is on the line. GOP Sen. David Perdue is facing off against Georgia Democrat Jon Ossoff and Sen. Kelly Loeffler is defending her seat against Democratic challenger Rev. Raphael Warnock. The winners of those races will determine if Republicans will maintain a majority in the Senate or if Democrats take control by a 50-50 margin with Vice President-elect Kamala Harris as the tie-breaking vote.

Amid the political firestorm the Georgia run-off races have fueled, the "Shark Tank" star suggested that money that will be funding four different Senate campaigns would be better spent on those in need, especially amid faltering economic recovery.

"For those considering donating to Reps or Dems in the Georgia Senate run-offs, can you please re-consider and donate that money to your local foodbank and organizations that can help those without food or shelter? Lets [sic] put Americans in need above Politics," Cuban, 62, wrote.

That apparently didn't sit well with the Grammy-winning musician, who argued that the government's role in helping Americans, particularly with a Democrat-controlled Senate, in providing COVID relief, will be more significant than donating to charity.

"I get that politics is annoying and contentious, but the bottom line is that the Senate flipping would be far more impactful than a food bank donation," Legend responded to the billionaire businessman. "We need massive stimulus and aid to individuals and small businesses. Government needs to do this. Charity isn’t sufficient."

Legend added, "That being said, I’ll be doing both."

The Mavericks owner fired back, telling Legend, "Let's go all the way. Stop donating to charity, give those $ to politicians because 1 party will solve all of our problems! Come on John. There is a point of diminishing returns on political ad spend, there are no diminished returns when it comes to feeding the hungry."

The musician doubled-down, writing: "Agree that there is a point of diminishing returns to political ad spending. So we should choose whether or not to donate with that in mind. But charity isn’t going to be sufficient to address all the suffering out there. We need big spending that only governments can do at scale."

Cuban then pressed Legend, 41, if he thought "more money will increase the chances of winning" and if he thought "either party puts fundamental reform over gaining/retaining power." 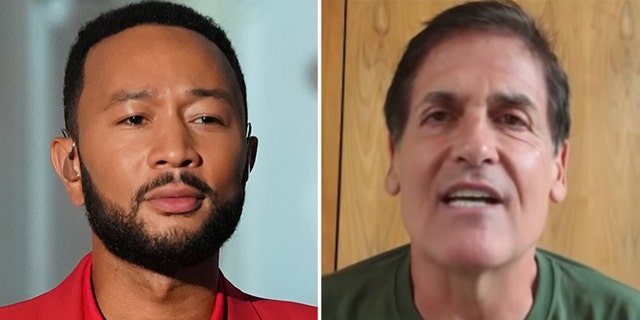 John Legend got into a lengthy spat with Mark Cuban on Thursday after the billionaire suggested people donate money to local food banks instead of the highly-contested Senate run-off races in Georgia.
(Getty/Fox)

"I believe the Democrats will do more to help the country recover," responded Legend. "Period. I don’t think it’s even close. Mitch will be obstructionist and try to find ways to make Biden a one-term president, just as he promised (and failed) to do with Obama. But I don’t know if we’ve reached the point of diminishing returns for donating to the runoffs in Georgia. It’s hard to know. But I plan to err on the side of donating to help Ossoff and Warnock win. I hope it works. It will be better for the country."

Added Legend: "There is clearly a difference between what a Mitch-led senate will do vs what a Schumer-led senate will do. As much as politics is annoying, this is very high stakes and hugely impactful to the lives of everyday Americans." 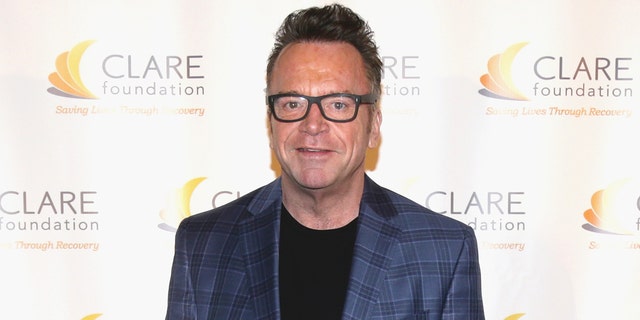 Cuban challenged Legend, "Do you think Schumer is any less power hungry than Mitch? I voted for @JoeBiden because 1 of his skills is he can work across the aisle. Let those $ go to those in need."

Legend wasn't the only one critical of Cuban. Comedian Tom Arnold also got in on the chatter and slammed the businessman.

"I’m neither party," Cuban reacted. "The political duopoly is at the heart of why we are partisan. When you play us VS them it gets worse. Want to see it get better  Take the money away from both parties. You eliminate the power of Mitch and Nancy and make them serve their constituents instead."