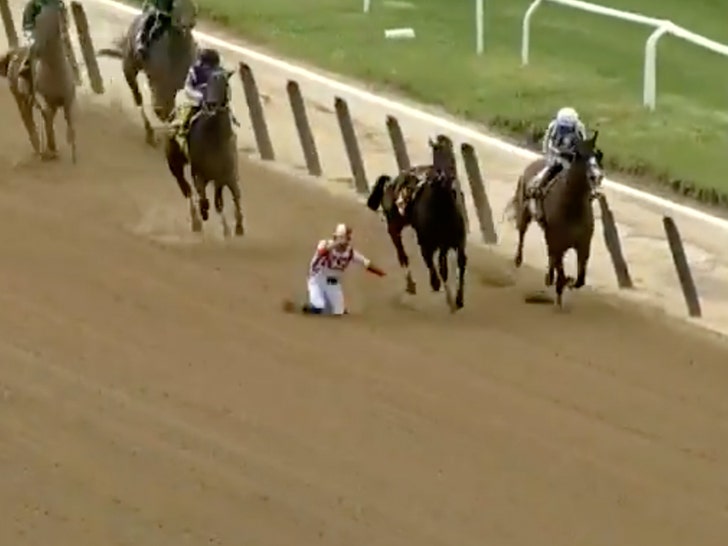 Jockey Irad Ortiz Jr. was thrown off his horse and kicked in the head by another during a race Thursday … but somehow, the dude miraculously avoided serious injuries.

The rider’s agent, Steve Rushing, announced the good news on Friday … saying that despite the horrifying fall, Ortiz Jr. will only need to miss a couple weeks from his job.

“He said he felt better today, than he did last night,” Rushing told Daily Racing Form. “I told him I don’t know what brand of helmet you have, but make sure you get another one.”

Rushing added Ortiz Jr. needed 6 stitches in his head and 5 in his arm … but is expected to make a full recovery in a matter of days.

It’s all quite frankly incredible, given just how gnarly the accident was.

Footage from the track showed as Ortiz Jr. was coming down the stretch … his horse stumbled and bucked the rider to the ground.

When Ortiz Jr. hit the dirt, he was then kicked in the head by a trailing horse … and ultimately needed to be stretchered off the track.

Ortiz Jr. was set to ride Known Agenda in Saturday’s Belmont Stakes … but he’ll miss the event now. A replacement rider has not yet been named.