JJ Chalmers, 33, made a splash on Strictly Come Dancing last week, alongside his pro partner Amy Dowden. But he hasn’t taken for granted the sacrifices his family have made for him to be able to take on this year’ socially distanced series, which has seen him have to isolate away from his wife Kornelia, and their two children, four-year-old Hayley and one-year-old James, who are up in Scotland where they live.

With the on-going coronavirus pandemic causing havoc for travelling and mixing with other people, JJ, like his fellow contestants, has had to isolate away from his family while he takes part in the show.

And with his wife and children abiding by strict lockdown rules as set out by the Scottish government, it’s safe to say he’s missing them greatly.

The former Royal Marine appeared via video link on The One Show on Monday evening, following week one of Strictly madness.

He and Amy performed the Waltz to Louis Armstong’s What A Wonderful World, and obtained a very well-deserved score of 19.

With the judges in awe, JJ was taken aback when Kornelia and Hayley appeared via video link, with his other half saying: “You’re making us very very proud.” 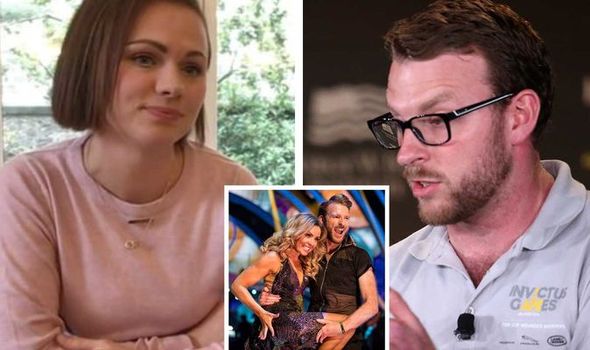 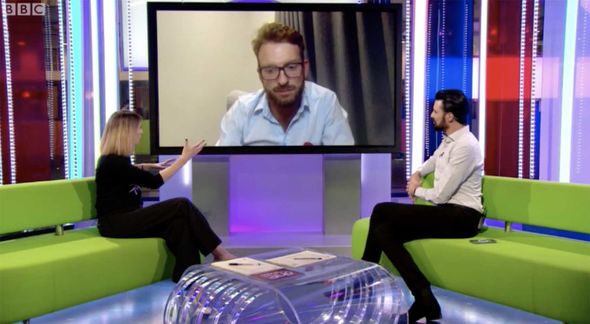 His daughter adorably added: “Hi daddy I like your dancing so much.”

And while speaking to Alex and Rylan Clark-Neal on the BBC talk show, JJ praised his wife for being so supportive.

“Forget the judges for a minute – the important people, your family have given you great feedback,” Alex said of their video message after his performance.

“It must be really tough thought being away from them while they’re in Scotland all the rest of it.”

The Strictly video message began playing and JJ blushed: “Look at them!” he said. 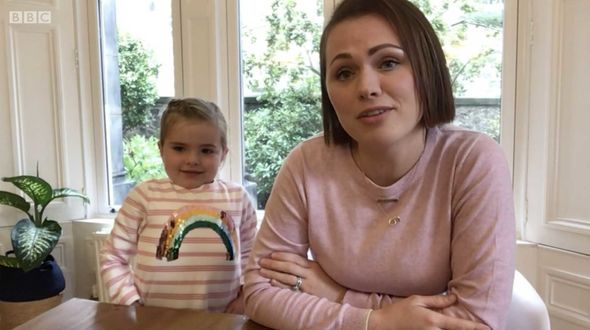 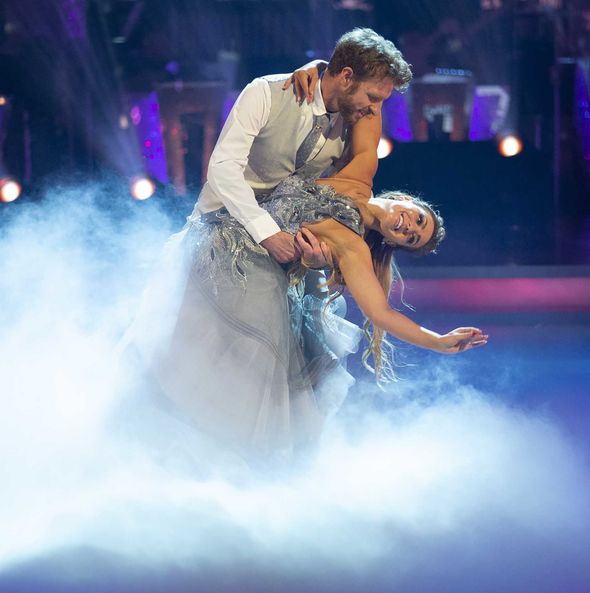 “I’ve been away from them for about a month or so now because I’ve isolated away from them, it was great to finally have something to show them.

“My wife has the far harder end of the deal at home with two kids and she’s not getting the glitz and the glamorous end of it.

“So it’s nice for them to see I haven’t been away putting my feet up!” he giggled.

JJ and Amy’s performance not only impressed the judges, but viewers watching at home also became emotional as he revealed the touching story behind his Waltz.

The Invictus Game medalist was learning the dance for his brother’s wedding with the help of fellow Marine and former semi-professional dancer Cassidy Little in in 2011.

But while they were serving in Afghanistan, a few weeks later, both him and Little were severely injured in a bomb blast.

JJ lost two fingers and suffered facial and leg injuries in the incident, and his right elbow was badly damaged.

Taking to Twitter, fans shared their happiness that he finally got to perform the dance he’d spent so long training for, and with his brother sat in the audience, it made it even more special.

One tweeted: “JJ and Amy that Waltz was so beautiful even if it wasn’t perfect, I absolutely loved it!”

“I’m an emotional wreck after watching JJ. You could see how happy he was dancing that waltz, just wow,” a second agreed.

“Amy’s choreography was beautiful as always and she looks absolutely stunning in that dress @JJChalmersRM @dowden_amy #Strictly.”

A third added: ” That was stunning. And his brother was watching, my heart!”

This Saturday, JJ and Amy will be doing the Paso Doble to Believer by Imagine Dragons.

Strictly continues this weekend at 8pm on BBC One.