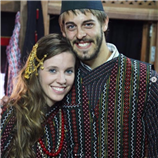 These days, the entire Duggar family is being scrutinized and criticized like never before.

The reason for this, of course, is the upcoming Josh Duggar child pornography trial.

In all likelihood, Josh will be convicted once his trial gets underway at the end of this month.

Several members of the Duggar clan will attempt to distance themselves from the 33-year-old’s crimes, and the ones who hope to remain in the public eye while do their best to move on from this latest scandal.

For most of them, this will be easier said than done.

While the Duggar media empire has survived numerous scandals in the past, Josh’s trial is likely to destroy what’s left of the family’s already battered image.

Fortunately, at least one of Josh’s earliest victims will hold on to her fan base, largely because she had the courage to go against her own family even after the severity of Josh’s crimes was made public.

As you’re probably aware Jill Duggar cut ties with her parents back in 2019.

Jill had many reasons for separating herself from the rest of the clan, not the least of which was that her husband, Derick Dillard, accused Jim Bob of stealing millions from his own children by pocketing their TLC earnings.

These days, Jill and Derick are no longer on speaking terms with Jim Bob or Josh — and not surprisingly, they seem to be happier than anyone else in the family.

Earlier this week, Jill and Derick celebrated eight years together, and both parties marked the occasion by sharing pics from their first date.

“Today marks 8 years since Derick officially asked me to start dating him!” she wrote amid some throwback pics.

“My dad and I traveled to Nepal (where Derick was working for a couple years) to meet him and we spent 2 weeks together over Thanksgiving!”

Yes, Derick was working as a missionary on the other side of the world when he and Jill went on their first dates together.

And because of the strict Duggar courtship rules, Jill was not permitted to make the trip with her father’s supervision.

“Thanks for loving Jesus and pointing me to Him! And thanks for being my man, my rock, my biggest supporter, the shoulder I cry on and my very best friend! Here’s to forever with you my love!”

Derick also marked the occasion on Instagram, and interestingly, he bragged that he and Jill violated the Duggar courtship rules by escaping for a night on the town without Jim Bob.

“8 years ago today I started dating my best friend @jillmdillard while I was working on the other side of the world!” Derick captioned the post.

“I definitely enjoyed our unchaperoned motorcycle ride around the area,” Dillard continued.

“And I have fond memories of the extra week we had over Thanksgiving to enjoy more intimate time together and get to know each other even better.”

Derick concluded by celebrating the fact that he and Jill have only come closer over the course of their eight years together.

Yes, it sounds like Jill and Derick’s best years are still ahead of them.

And that’s something that certainly can’t be said about the rest of the Duggar clan!