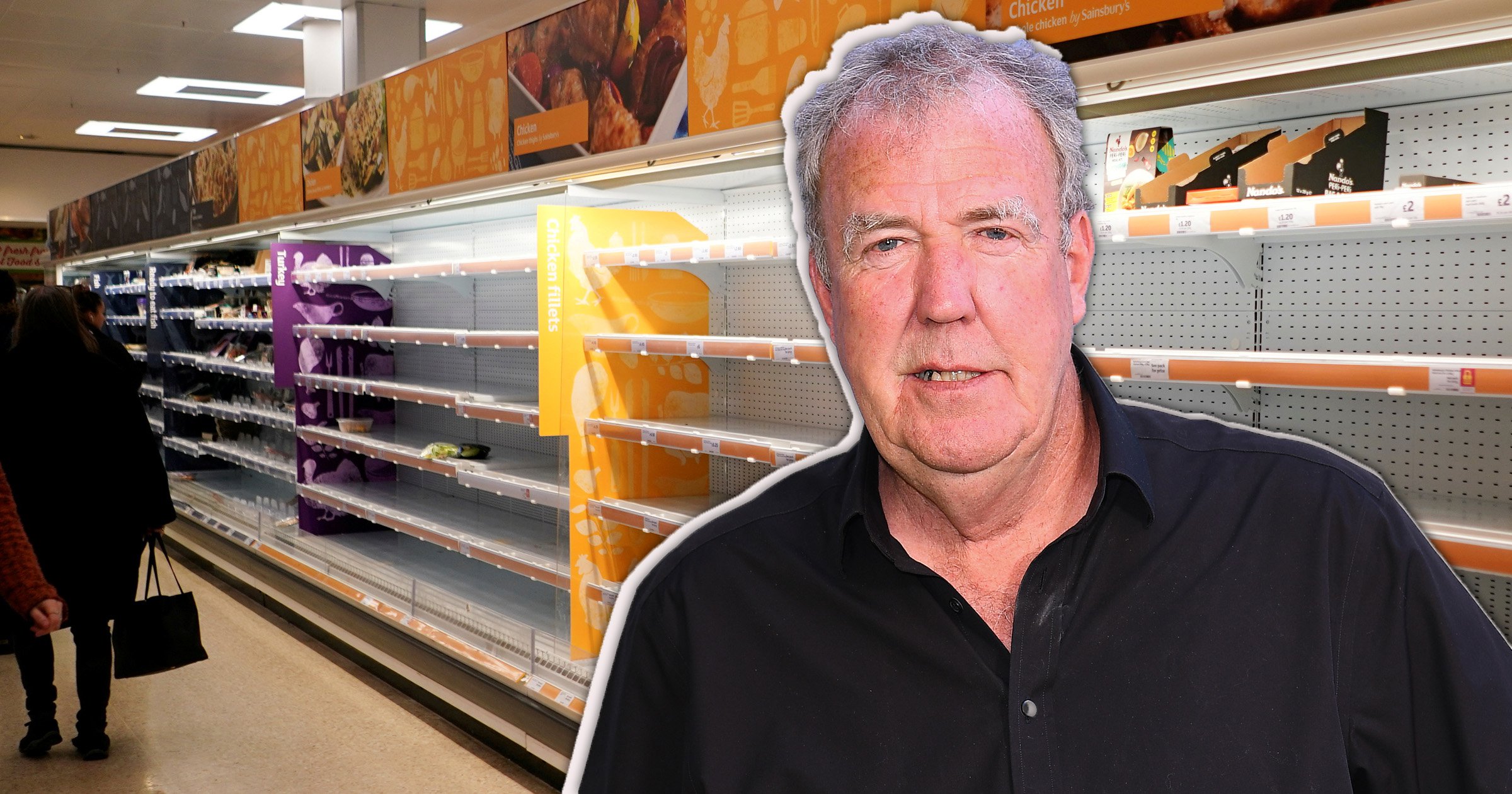 Jeremy Clarkson has a grim, Hunger Games-style view of the future and it apparently involves eating your neighbours.

The Grand Tour presenter is proud owner of The Diddly Squat Farm in Oxfordshire, which sets the stage for his popular Amazon Prime Video series.

However, the current food shortage crisis is starting to give Jeremy sleepless nights as he’s concerned that the rising costs of fertiliser will cause other farmers to fallow their fields for a year instead.

It’s all linked to the ongoing war in Ukraine after Russian forces invaded the country in February, causing destruction in major cities and millions being displaced after fleeing to safety.

Last week, it was reported that £6.8billion of wheat is not being utilised in Ukraine as it’s unable to be exported due to the war blocking off access to the sea.

Prior to Russia’s invasion, Ukraine was the world’s sixth-largest exporter of wheat in 2021.

Supermarkets in the UK have also started to ration sunflower oil due to Ukraine being a major source for sunflower seeds.

Clarkson, 62, now fears the worst outcome as a result.

Writing in his latest column with The Sunday Times, he said: ‘This Ukraine business, however, is causing me to have a few chin-scratching moments of despair.’

He added that he feels the world is ‘hurtling down a well-watered slide into the pit of hunger, misery and death’.

Clarkson lacks confidence in the Government to take action and claimed that while people are apparently able to ‘live without heat or clothing or even sex, they cannot live without food’.

Ukrainian President Volodymyr Zelenskyy has asked his allies to act immediately to unlock his country’s ports for wheat exports, which is currently affecting developing countries primarily.

As for Clarkson, he’s facing other issues at his Diddly Squat Farm after failing to receive permission from the council to make improvements, after taking over ownership of the land in 2019.