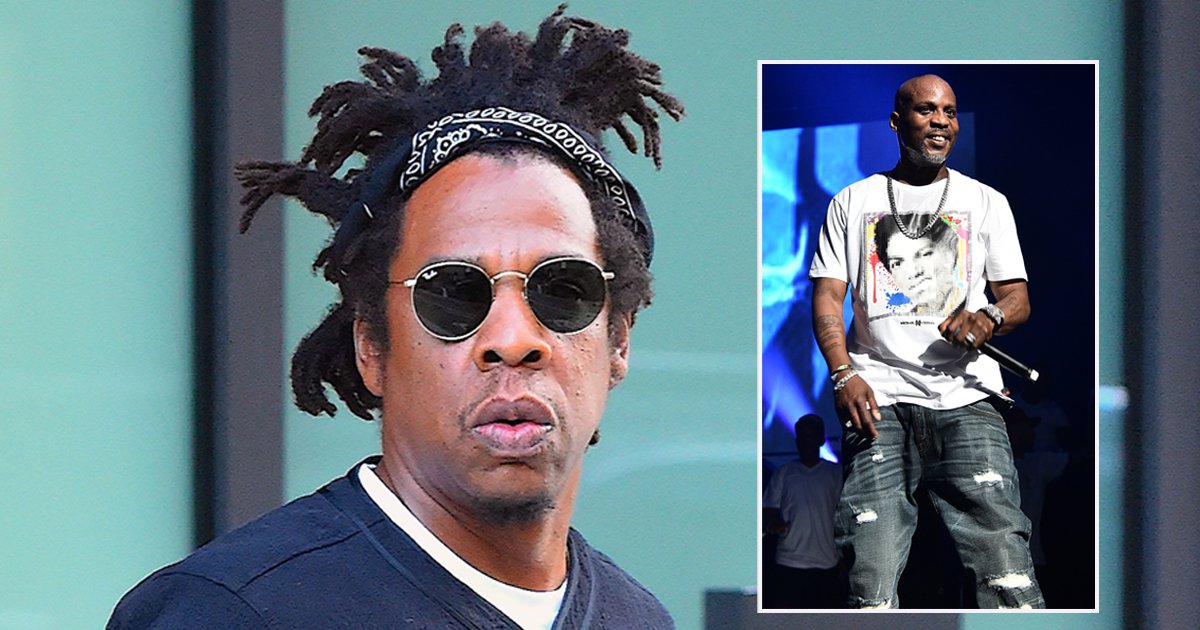 Jay Z has explained that he boycotted the Grammys in 1999 in a show of support for rapper DMX, who died this year.

Making an appearance on the series premiere of The Shop: Uninterrupted, Jay, 51, said he was unimpressed when DMX received no nominations despite having two number one albums in 1999.

Despite winning his first award at the ceremony that year, Jay was absent as he wanted to stand in solidarity with DMX.

Jay said: ‘The first time I boycotted the Grammy’s was for him. We both came out that year, he dropped two albums, he had two number one albums in the same year and they didn’t even nominate him.

Beyonce’s husband also recalled the first time he met the rapper who died in New York last month at the age of 50 after a heart attack.

He said the pair were introduced at a Bronx pool hall and Jay says he became a better rapper by watching DMX perform.

The late star was reportedly on life support for a week but it’s believed he had not regained brain function after being deprived of oxygen for around 30 minutes.

Shocked fans gathered outside White Plains Hospital in New York to pay tribute to the musician after hearing of his death.

The news was broken by his family in a statement to US publication People.

They said at the time: ‘We are deeply saddened to announce today that our loved one, DMX, birth name or Earl Simmons, passed away at the age of 50 years old at White Plains Hospital with his family by his side after being placed on life support for the past few days.

‘Earl was a warrior who fought till the very end. He loved his family with all of his heart and we cherish the times we spent with him.

‘Earl’s music inspired countless fans across the world and his iconic legacy will live on forever. We appreciate all of the love and support during this incredibly difficult time.’