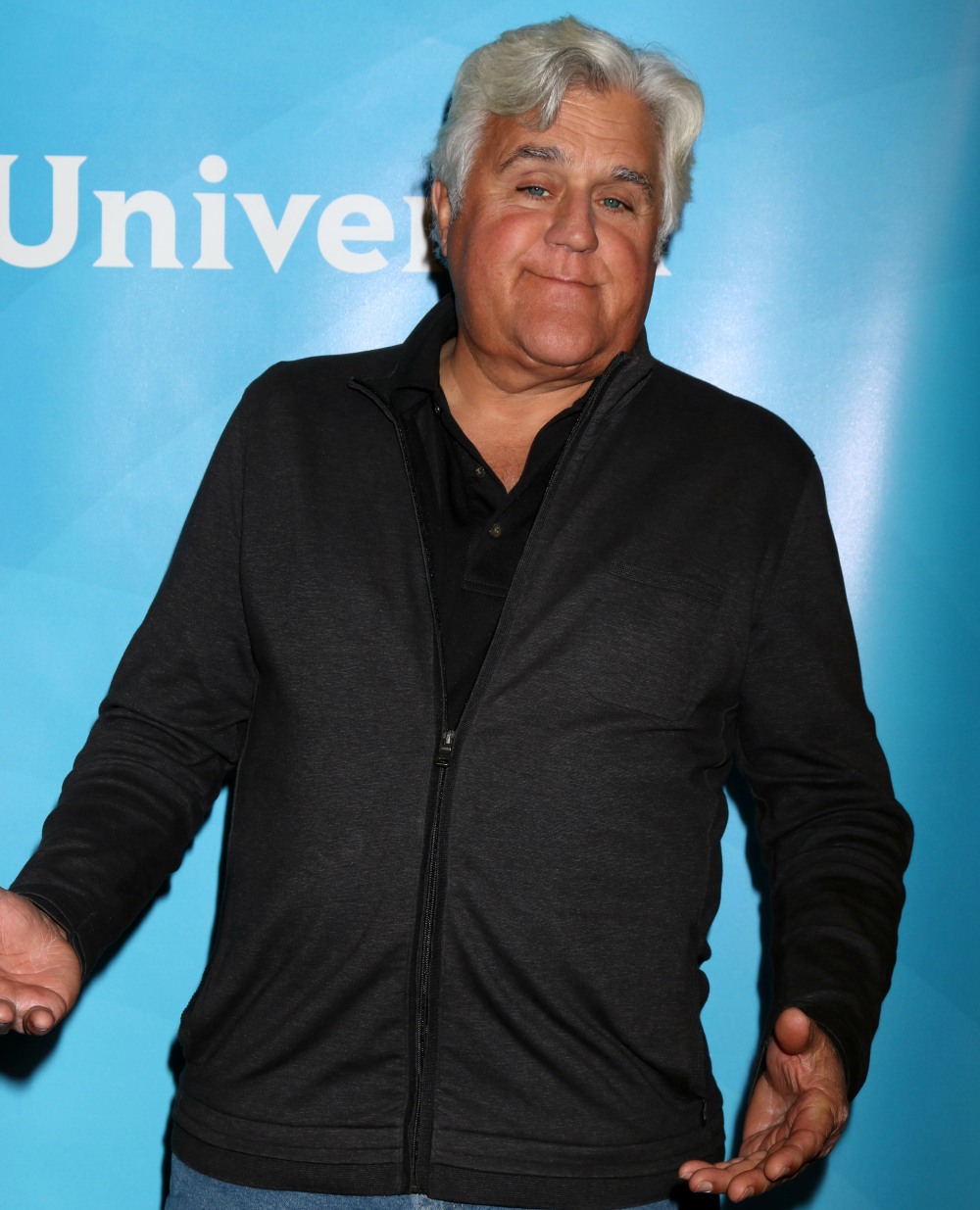 Jay Leno has never been funny. Even when he was host of the Tonight Show, his humor was “old school” in the sense of “a white guy with a mic, doing mid-range country club comedy, punching down on marginalized people or groups.” It’s not that Leno was even bold enough to be 100% racist though – most of the time he was just dreadfully unfunny in a really bland way. It was like his comedy was being filtered through focus groups in the 1950s. So, Leno has a new job on Fox called You Bet Your Life. It’s just a game show and he’s the host. Now that he’s getting attention again, Asian-American advocacy groups have drawn attention to Leno’s history of telling racist jokes about Asian people and Asian-American people. Leno “apologized.”

Late-night host and comedian Jay Leno has issued an apology for a series of jokes told over his career targeting Asian communities. The apology comes after a nearly 15-year campaign from the activist group Media Action Network for Asian Americans (MANAA) for remarks as recent as Variety‘s 2020 report that Leno cracked about Koreans eating dog meat — a complaint that offended numerous players on the set of NBC’s “America’s Got Talent.”

“At the time I did those jokes, I genuinely thought them to be harmless,” Leno said in a joint press release with MANAA leader Guy Aoki. “I was making fun of our enemy North Korea, and like most jokes, there was a ring of truth to them. At the time, there was a prevailing attitude that some group is always complaining about something, so don’t worry about it. Whenever we received a complaint, there would be two sides to the discussion: Either ‘We need to deal with this’ or ‘Screw ‘em if they can’t take a joke.’ Too many times I sided with the latter even when in my heart I knew it was wrong.”

In light of that, Leno said, “I am issuing this apology. I do not consider this particular case to be another example of cancel culture but a legitimate wrong that was done on my part. MANAA has been very gracious in accepting my apology. I hope that the Asian American community will be able to accept it as well, and I hope I can live up to their expectations in the future.”

Entertainment and media has been increasingly vocal about and horrified by a wave of anti-Asian violence in the U.S., which many attributed to Trump era rhetoric and blaming China for the spread of the coronavirus. Last week, a lone gunman killed eight people at three spas in Atlanta. Six of the eight victims were Asian women, which has inspired rallies nationwide standing against hate crimes and supporting the AAPI community.

The majority of Leno’s old jokes perpetuated stereotypes about Asian communities consuming dog meat. Long outspoken about his routines, MANAA’s Aoki said he appealed to Leno’s new employers at Fox, where he hosts the game show “You Bet Your Life,” initially offering them an ultimatum of firing the host or MANAA would approach sponsors to boycott the project.

Yeah, so the point is that Leno only offered this apology after MANAA contacted Fox and threatened to boycott and target the sponsors of Leno’s new game show. This wasn’t Leno coming to Jesus about all of his problematic comedy over the years. As for the actual apology… whew, where to start. “I was making fun of our enemy North Korea…” Oh, so he was making racist jokes about our political enemy, okay then! I’m sure his viewers would never be confused by that and attack all Asian people then. “I do not consider this particular case to be another example of cancel culture…” So he does think “cancel culture” exists and it’s a bad thing, but this isn’t an example of it. I’m sure that won’t be wildly misconstrued by Fox News either! I’m sure there will absolutely NOT be Fox News headlines reading “Jay Leno Victimized By Democrat Cancel Culture.”