Jamie Lynn Spears ‘wants the best’ for her sister Britney Spears in her conservatorship battle and has been supporting the popstar.

Britney Spears‘, 39, younger sister Jamie Lynn Spears, 30, feels like she’s been supporting the “Toxic” singer, during Britney’s continued legal battle over her conservatorship. Even though she’s taken some heat amid the conservatorship drama, Jamie Lynn has her sister’s back. “Jamie Lynn feels she stands behind Britney like crazy,” a source close to the family told HollywoodLife EXCLUSIVELY. “She wants the best for her and does believe she needs more rights. Her sister has literally no say. She gets a bad rap that she’s not fighting for her but that’s ridiculous. There’s a lot of things going on that people don’t understand.”

After Britney testified against her father Jamie Spears and the “abusive” conditions of her conservatorship on June 23, many fans looked to Jamie Lynn for her reaction. The former Nickelodeon star broke her silence with a video posted to her Instagram Stories on June 28. “I felt like until my sister was able to speak for herself and say what she felt she needed to say publicly, that it wasn’t my place, and it wasn’t the right thing to do,” she said, when explaining why it took her so long to address her sister’s conservatorship. 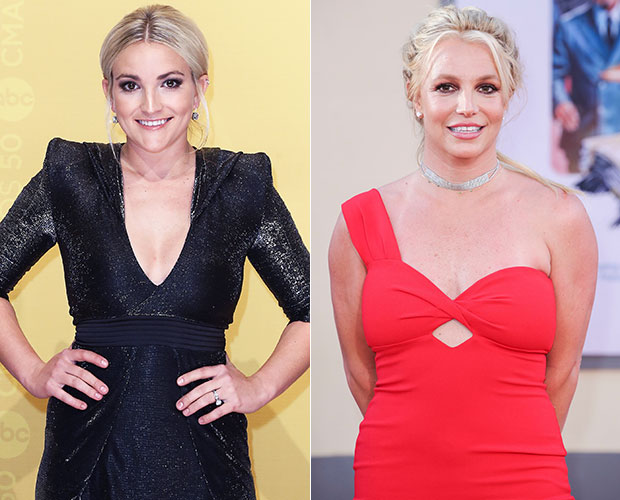 In the June 28 video, Jamie Lynn assured fans that even though she hadn’t been publicly vocal about Britney’s conservatorship, she was still supportive of her sister. “Maybe I didn’t support her the way the public would like me to, with a hashtag on a public platform, but I can assure you, I’ve supported my sister long before there was a hashtag, and I’ll support her long after,” she said. “My sister knows I love and support her.”

Besides offering support to her sister, the Zoey 101 alum also publicly responded to a July 3 New Yorker piece that alleged that she’d been on Britney’s payroll. Jamie Lynn took to her Instagram to assure fans that she doesn’t rely on her sister for money. Jamie shared a headline summarizing the article and wrote, “Facts… now leave my broke-a** alone.”

Jamie Lynn isn’t the only family member who has had Britney’s back in the conservatorship battle. Britney’s mom, Lynn Spears, said that the popstar should be able to hire her own lawyer. Britney reportedly sought help from high-profile attorney Mathew Rosengart, after her court-appointed lawyer Sam Ingham filed paperwork to resign in early July.