James McAvoy, 42, Proudly Sports A Streak Of Grey In His Hair — Photo

‘Atonement’ actor James McAvoy showed off that he’s gracefully going grey, while on his way for ‘Jimmy Kimmel Live!’

Aging like fine wine! James McAvoy, 42, debuted a grey streak in his hair, while appearing on Jimmy Kimmel Live! on Wednesday August 11. The actor looked incredibly handsome, as he walked towards the studio. His brown hair was slicked to the back and tied up in a man-bun, and the sliver of grey hair was clearly visible. James also sported a gray suit with a purple button-down underneath. 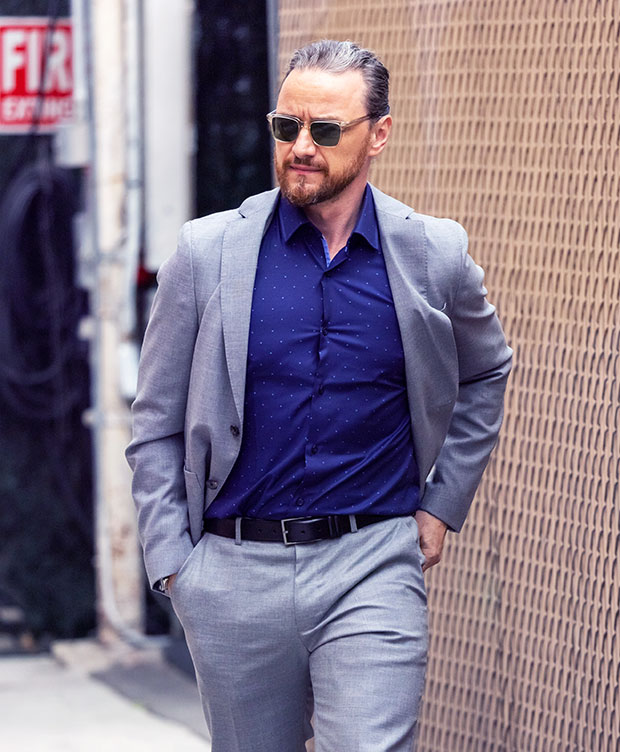 During his interview on the show, James rocked his fresh grey hair and talked about growing it out for his new movie Together. When guest host Sarah Silverman asked about his current haircut, she remarked that she doesn’t like the term “man-bun,” and James agreed that he preferred to just call it a “bun-bun,” but he needed it styled for the movie. “We shot [the movie] in 10 days. I didn’t want to wear a wig. So I thought maybe I’ll grow my hair. I’ll have it long, and then I’ll have a man-bun to do a short passage of time,” the X-Men star said.

While James and Sarah didn’t talk about his grey streak, the actor explained that he thinks that there is something fun about a dude wearing a bun! “Also I thought: buns on a guy — not a man-bun — but a bun, happened to be styled by a fella, I don’t know, there’s just something slightly comedic about it and funny about it,” he said and gestured up at his hair. The audience laughed out loud! “You see? I just had to point to it, and you laughed.”

Growing out his hair seems incredibly appropriate for Together, because the movie is about “A husband and wife are forced to re-evaluate themselves and their relationship through the reality of the COVID-19 lockdown,” according to IMDb. Growing out your hair during the COVID-19 pandemic will likely resonate with a lot of the movie’s viewers. 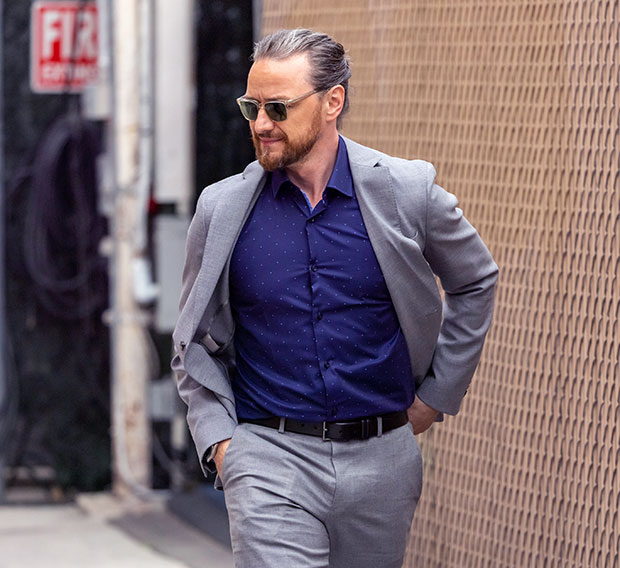 Due to the movie’s short turnaround time, James joked about sticking with the bun and being a little silly. I thought I’ll grow a bun, and now I’m stuck with it, and now I’m just wandering through life being mildly comedic for nothing more than my bun-bun,” he quipped, before they changed topics.